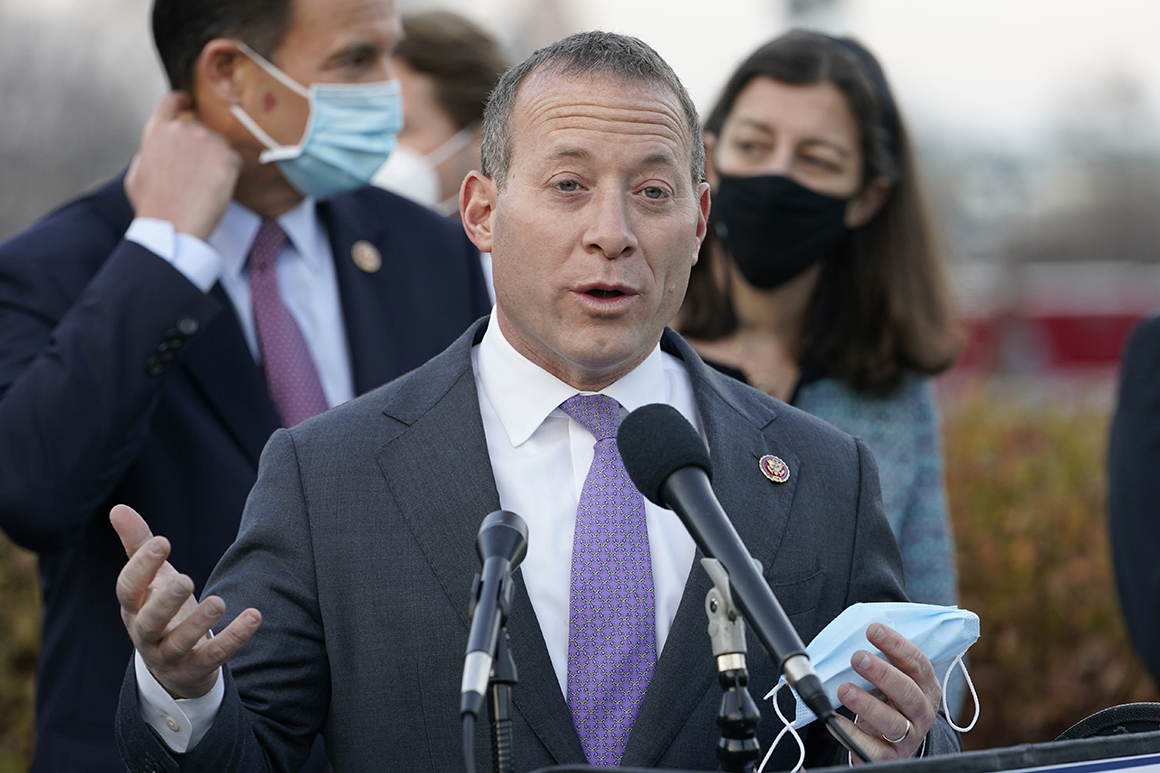 Pelosi can afford to lose only three votes in the House and will need near unanimity among Democrats to pass the budget resolution, which is slated for a vote when the House returns the week of Aug. 23. The House must pass the budget resolution before Democrats can move ahead with passing a massive $3.5 trillion social spending package using the filibuster protections of reconciliation.

But Pelosi’s other flank, the progressives, have balked at the idea of putting the bipartisan infrastructure bill up for a vote first, warning leadership that they have enough members prepared to vote against the Senate-passed bill to tank it on the floor.

The latest move from Gottheimer and the other Democratic centrists ups the ante for Pelosi and her leadership team, who so far have shown no willingness to budge on their two-track approach.

Pelosi reiterated her stance — emphasizing it was firm — on a private caucus call earlier this week, telling her member there was “consensus” in the caucus to not bring up the Senate infrastructure bill until the upper chamber had passed the more sweeping social spending plan.

In addition to Gottheimer, Democratic Reps. Filemon Vela, Henry Cuellar and Vicente Gonzalez, all of Texas, as well as Reps. Ed Case of Hawaii, Jared Golden of Maine, Jim Costa of California, Carolyn Bourdeaux of Georgia and Kurt Schrader of Oregon signed the letter.

Earlier this week, the Senate passed its bipartisan infrastructure bill, with 19 Republicans joining all Democrats to support the legislation. The bill, which includes $550 billion in new spending, provides federal funding for roads, bridges, modernizing the electric grid and broadband internet, among other things.

Biden: Omicron cause for ‘concern’ but not ‘panic’