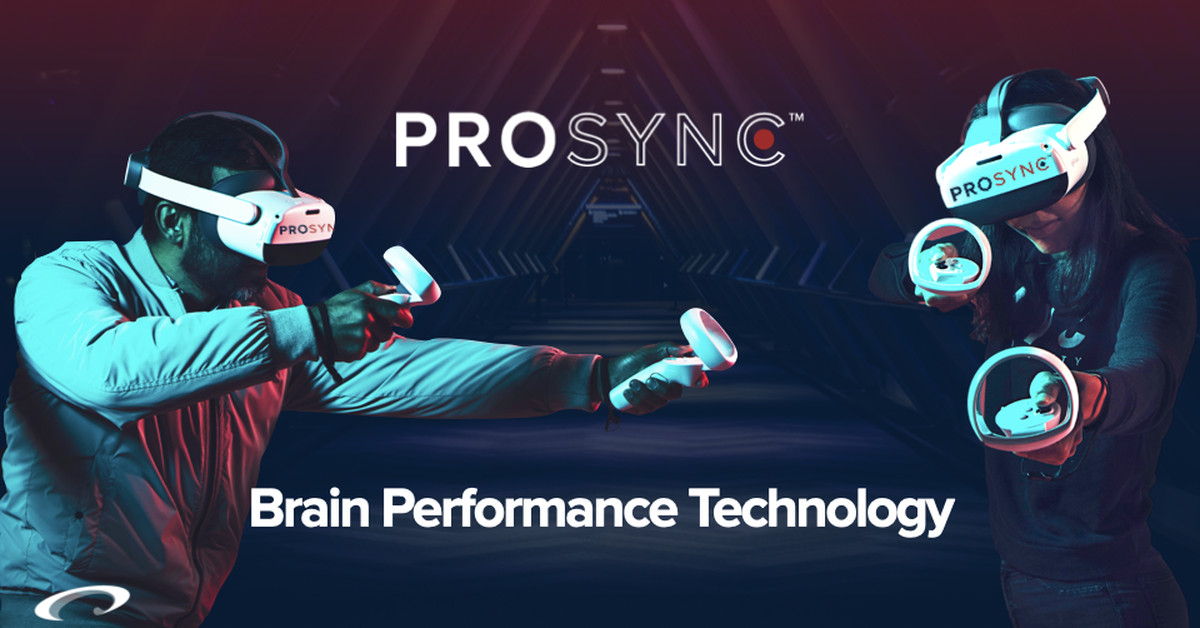 Chelsea Lane was the head performance therapist with the Golden State Warriors when she first started checking her athletes with a product from NeuroSync, a neurotechnology company making a tool that tracks eye movements to understand brain health. Lane initially used it as part of the team’s concussion protocols. But when she moved to the Atlanta Hawks in 2018, she started using the information in another way: to try and understand how well her athletes were sleeping.

“I had some freedom to explore the idea that — whilst not its intended purpose — I might just have tech in my hands that could help me better understand and manage fatigue in my over-worked and under slept population by tracking their eye function,” Lane, now the head of high performance at Basketball New Zealand, said in an email to The Verge.

Now, NeuroSync (formerly called SyncThink) is debuting a platform called Pro-Sync that formalizes some of Lane’s strategy. The new tech uses the company’s VR eye tracking system to give athletes a score on their overall cognitive performance and an indicator of whether or not they’re fatigued. Some others in the field are skeptical, but Scott Anderson, the company’s chief clinical officer, says that it’s a way to flag athletes who could get hurt.

“Fatigue has become kind of the holy grail of injury prevention,” he told The Verge. “People are looking for ways to prevent injuries that are happening as a result of being injured. And when your musculoskeletal system is tired, the precursor to that is that your brain is tired.”

“Fatigue has become kind of the holy grail of injury prevention”

NeuroSync’s platform is based on a wireless virtual reality headset, which people wear to go through its various evaluations. Sensors in the headset detect eye movement as the user completes tasks. The system’s software sends information to providers through an android tablet.

The new platform isn’t being sold as a medical device, so it hasn’t been evaluated by the Food and Drug Administration and hasn’t been tested in formal clinical trials — so there are no published data on how well it works. Anderson says that, for now, the team is focused on getting the tool to users. “It was more about getting the product and the use of the product to be as simplified and streamlined as possible,” he says.

NeuroSync’s tools build on research showing that the ways the eyes move — their coordination, where they land on different objects if they’re moving involuntarily — can give experts information about someone’s cognitive state. The two eyes aren’t as synchronized when people are sleep deprived, for example. And eyes move differently in people with brain injuries like concussions.

The company first received Food and Drug Administration (FDA) clearance for its device as a way to “identify visual tracking impairment” in 2017. It got into hot water with the FDA that same year — the company was marketing the device as a cognitive assessment tool that could be used for concussions, the agency said in a warning letter, even though NeuroSync didn’t have clearance for that specific function. Later, in 2021, NeuroSync got a second FDA clearance to market its device as a concussion test.

Meanwhile, the tech was being used by various sports teams at the college and professional level — including the Golden State Warriors and Stanford University, where company founder Jamshid Ghajar is the director of the Brain Performance Center. Those teams used it as part of concussion protocols. That’s when they started to see that the tech could be used as a measure of brain performance outside of injury, Anderson says.

“There was a real interest in anything in general outside of traumatic brain injury that people were wanting to use our product for,” he says.

In tests at Stanford, the team found that around 40 percent of athletes had some kind of cognitive deficit that wouldn’t meet a bar for an actual injury or problem but that showed up on the device, according to a statement from Anderson. Brain-training activities and programs done through the VR headset led to improvement in those deficits. (These weren’t part of formal clinical testing, so the findings were “more of revelations” to Anderson, spokesperson Sarah Virkstis said in an email to The Verge).

NeuroSync developed Pro-Sync based on that experience and other programs, like the one run by Lane at NBA teams. There are three main parts, Anderson says. First, it uses eye tracking to give athletes a score for various elements of cognitive function, including memory, attention, and focus. The second component is a “readiness indicator” that gives a yes-or-no indicator if someone is fatigued.

“It’s looking for the eye movement abnormalities that are going to give us an indication, right away, of whether or not someone has a tired brain,” Anderson says. If they have a “tired brain,” they might have lapses in concentration or trouble reacting to events fast enough — which in a sports game, might lead to an injury.

Finally, the system has a training platform, like the experimental programs done at Stanford, that Anderson says might help address any problems detected by the device.

The Pro-Sync platform is only just becoming available, so other experts in the field haven’t been able to evaluate it. But there’s some skepticism about the company’s approach from others working on eye tracking technology. For example, NeuroSync works by asking users to complete tasks that track their eye movements, which Uzma Samadani, neurosurgeon and brain injury researcher at the University of Minnesota, says can lead to problems. (Samadani co-founded her own company that uses eye tracking to diagnose concussions).

“The problem with that is that you can decide how well you want to participate,” she says. “So it’s a measure of how well your participant wants to track that particular target.” Samadani’s tech doesn’t ask people to do any tasks — it just tracks involuntary eye movements.

Samadani is also skeptical about NeuroSync’s focus on measuring what it’s calling cognitive fatigue. “It’s not necessarily a real thing. There’s fatigue, which is a real thing, but most parts of the brain don’t work that way,” she says.

“It’s not necessarily a real thing”

But regardless of potential pushback within neuroscientific communities, these types of products still tend to get traction in fields like sports and sports science. “People in general who work with people who are susceptible to brain injury are looking for objective measures,” Samadani says. There aren’t many ways to assess brain health, so people are willing to try things — even if they haven’t been formally tested and validated for a particular purpose.

That’s why Anderson thinks there’s appeal, as well. “There really isn’t a solution out there” that gives clear data around injury prevention and performance, he says. But he thinks eye tracking is going to be the way forward and, eventually, could be something more like a wearable — a contact lens or glasses could continuously monitor people over time.

“The eyes are the only part of the brain that you can see,” Anderson says. “They tell you everything you need to know.”

Ruth B. Interview: A Jazzman's Blues Virus Experts Say “Do This Now” to Avoid COVID, as Dr. Fauci Holds Final Press Conference — Eat This Not That Zinc, Iron and More — Eat This Not That