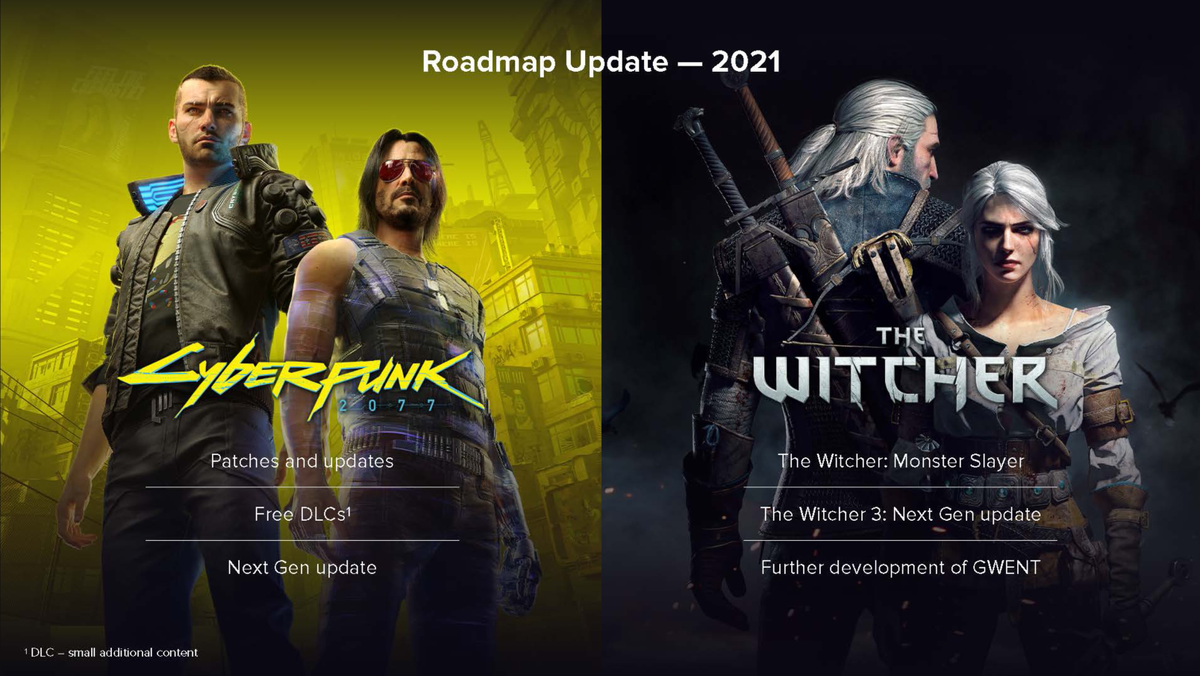 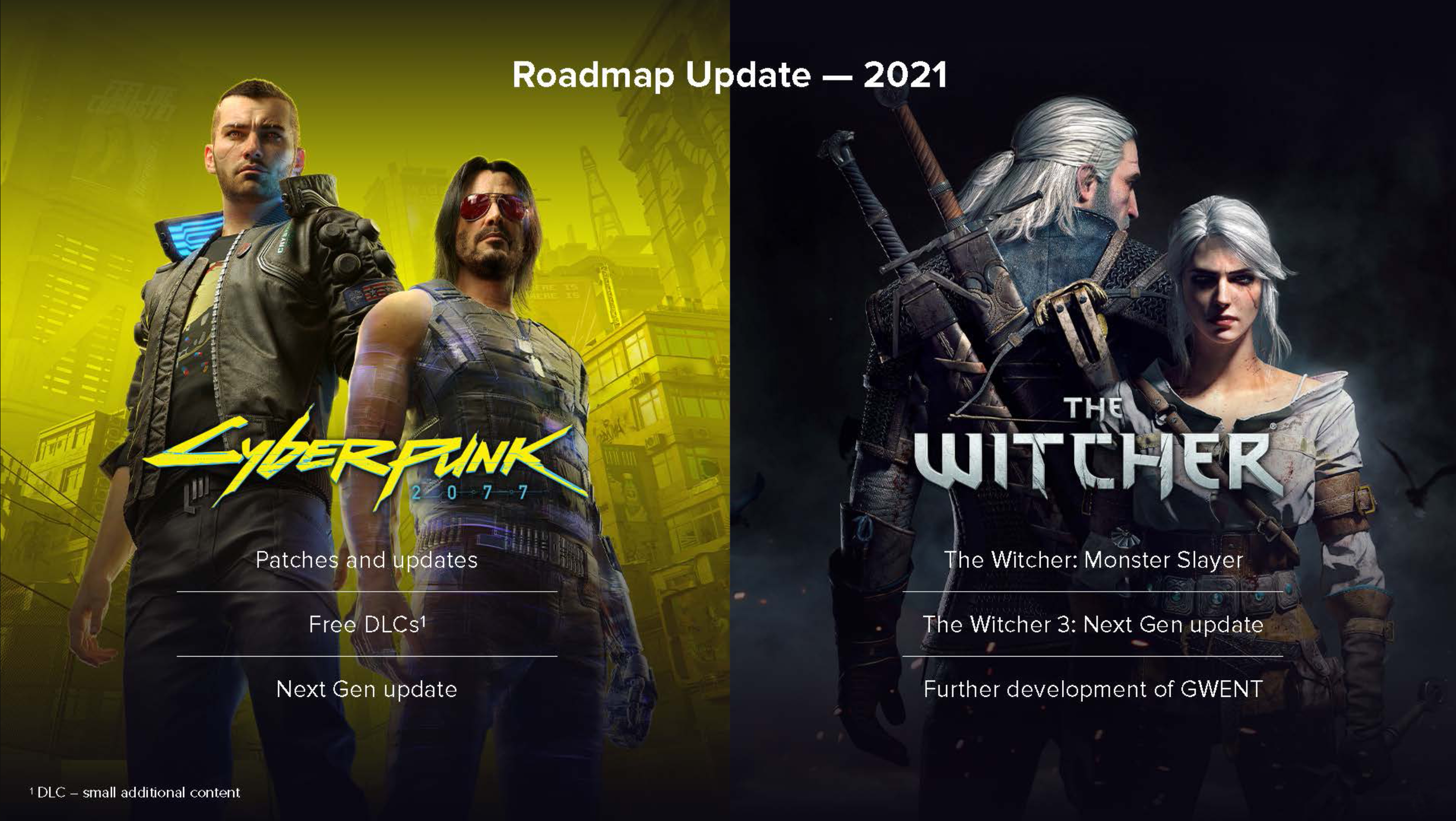 There’s no question that Cyberpunk 2077 didn’t turn out like developer CD Projekt Red was hoping it would. After the studio’s previous open world RPG, The Witcher 3, earned widespread acclaim and several Game of the Year awards, Cyberpunk 2077 almost immediately squandered all that goodwill when it launched in a buggy state that left the game near-broken for many players. The situation got so bad that Sony pulled the game from its PlayStation store, and hackers stole the source code for several of CDPR’s most recent projects in (so-called) retribution.

Now, CD Projekt Red is looking to win some of that goodwill back, both with patches to Cyberpunk 2077 and a brand new development approach.

CD PROJEKT says it has a new strategy going forwardStarting in 2022 – it will begin to work on multiple AAA games and expansions in parallelAlso “Future marketing campaigns will be much shorter, with promotional content released closer to the actual release of the given game” https://t.co/LhIiIxHDTuMarch 30, 2021

Let’s start with that new approach. A series of tweets from CD Projekt Red’s Investor Relations account earlier today outlined a new development pipeline for the company where it would work on multiple AAA games and expansions in parallel with each other. According to game industry analyst Daniel Ahmad, who’s proven a reliable source in the past, these would all come with shorter marketing campaigns that will focus on sending out content closer to each game’s launch.

That’s a pretty drastic shift from the strategy the studio used on Cyberpunk 2077, where it waited until The Witcher 3 ended development to move out of the Cyberpunk 2077’s ideation phase, yet announced the game three years before The Witcher 3 even came out. This meant that Cyberpunk 2077 had almost a decade to build up hype, but much less time to actually be made.

CDPR is calling its new strategy Red 2.0, and we’ll have to wait to see how it pans out. Shorter marketing campaigns are likely to help set more realistic expectations, but moving into parallel development means that new games and teams might have to split resources in a way that could cause problems down the line.

For now, the plan for new content is to first focus on free DLC for Cyberpunk 2077, next gen upgrades for both The Witcher 3 and Cyberpunk 2077 and new content for the Gwent digital card game. There’s also an upcoming Witcher mobile game titled The Witcher: Monster Slayer, though we don’t know much about it aside from teasers saying that it will include AR content similar to Pokémon Go. Monster Slayer is being made by Spokko, which is owned by CDPR, although the company’s been coy as to whether it’s a new team or an acquisition. Either way, hopefully it won’t take resources away from the larger CDPR studio.

The company’s also planning to expand its transmedia collaborations, releasing more projects like the upcoming Cyberpunk 2077 anime being made by Studio Trigger, the same studio behind hits like Kill la Kill and Promare.

As for old content, CDPR’s also finally moving ahead with bigger patches for Cyberpunk 2077 than the hotfixes we’ve seen so far. Cyberpunk 2077’s patch 1.2 officially announced its promised changes yesterday, with an enormous list of notes for updates set to hit the game “soon.” There’s plenty of much needed improvements here, from bug fixes and quality of life changes to new features like support for ray tracing on AMD GPUs. It’s set to be a pretty extensive update, with the length of the notes even earning a few jeers on Twitter. That kind of mockery is par for the course for Cyberpunk 2077 at this point, but after being delayed once before in the wake of CD Projekt Red being hacked, it’s good to see the company’s promises to fix the game coming to fruition.

We’ll have to wait to see how the patch plays out, of course, and it stings that we don’t have a release date for it yet. We’re also curious to see how AMD ray tracing applies to the game, since without DLSS to support it, it’s likely to put a lot of demand on your system on top of Cyberpunk 2077’s notoriously hefty base requirements.

Still, it’s good to see CD Projekt Red plan some kind of rebound. The whiplash from The Witcher 3’s positive reception to the Cyberpunk 2077 debacle still has me reeling. Here’s hoping its team is as ready as the company’s slides say.

Reminder: Super Mario 3D All-Stars And Super Mario Bros. 35 Get Delisted At The End Of March