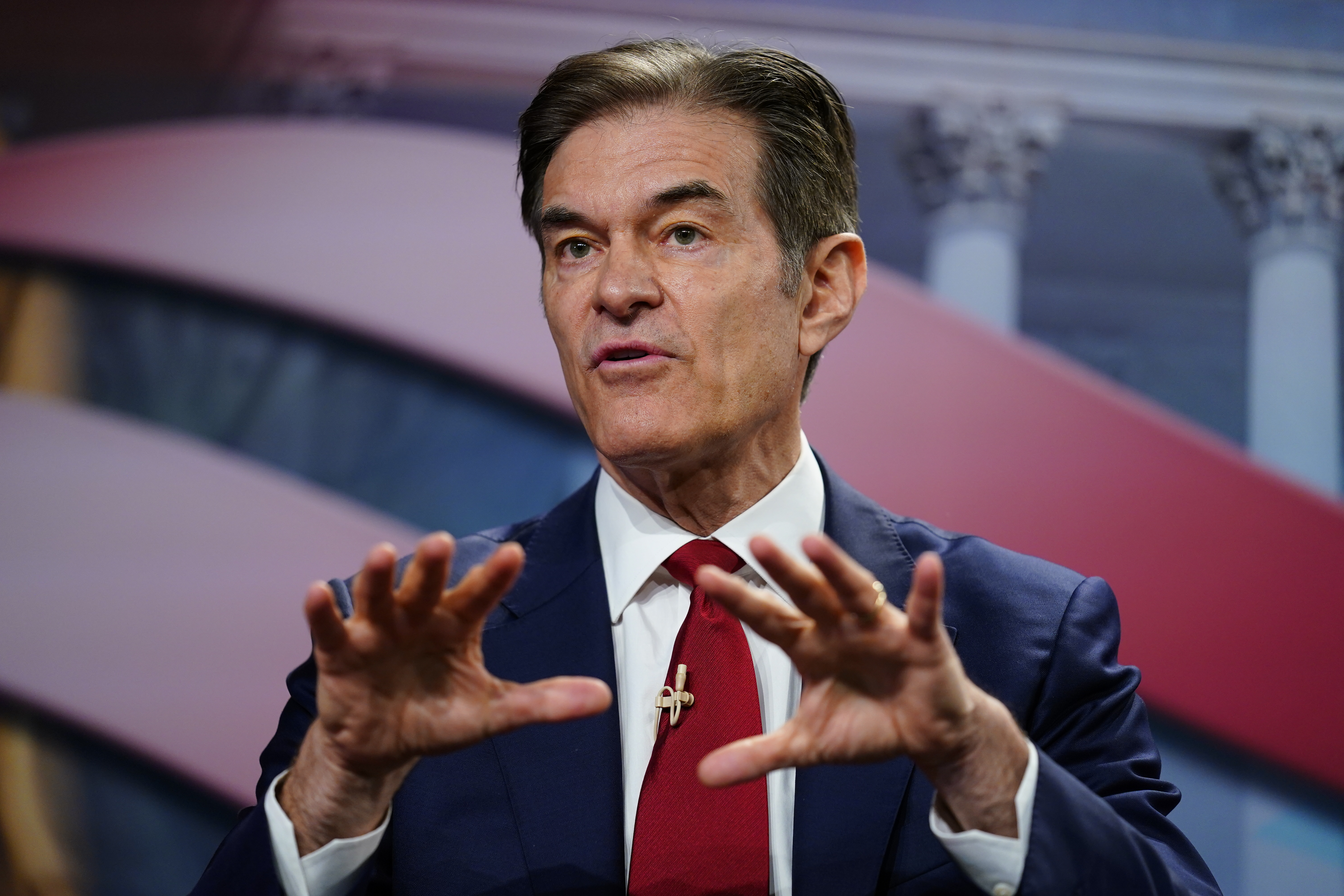 On a donor call last week that focused on Senate races throughout the country, NRSC officials discussed Oz’s poor performance in polls, including his high unfavorability ratings, said a person on the call.

“It was an alarm bell,” the person said, adding that Oz’s poor image among voters is “really freaking everybody out.”

On the call, NRSC officials sought to calm nerves and assure financial backers that Republicans could still take back the Senate majority even without an Oz victory. The GOP only needs to unseat one Democrat this fall in order to win the Senate, which is currently split 50-50.

But Republicans also must defend other crucial swing states such as Wisconsin and North Carolina, while trying to flip the likes of Arizona, Georgia, Nevada and New Hampshire. Failing to hold onto retiring Republican Sen. Pat Toomey’s seat in Pennsylvania would be a major blow to the party.

The NRSC officials on the call “brought to everyone’s attention that there’s definitely a path to winning the Senate even if Oz loses, and that seemed to be a very big concern on the call — is that Oz just has not hit his stride as a candidate,” the person on the call last week said. “The viewpoint was it’s more important to reallocate money to seats that we feel we can win.”

Oz has been consistently trailing Democratic Senate nominee John Fetterman in public polls, including, most dramatically, by 11 percentage points in a Fox News survey released this week. Oz’s challenges come despite his opponent’s own troubles, as well as Republicans’ favorable political environment across the nation. In May, Fetterman suffered a stroke. He has not held a public event since then, and though he recently said he is 100 percent able to run, it’s not yet clear how vigorously he will be able to campaign.

During a separate call with donors in mid-July, while discussing Oz’s anemic fundraising and poor polling performance, an NRSC official again worked to ease the minds of contributors and argued that Republicans could win back the Senate without Pennsylvania if necessary.

In a statement to POLITICO, NRSC spokesman Chris Hartline maintained that the committee is committed to the Pennsylvania race, though he did not address comments made in recent conversations with donors.

“Dr. Oz has been campaigning around the state talking to voters about their struggles dealing with Joe Biden and John Fetterman’s failed agenda while Fetterman hasn’t been seen in public in 3 months,” Hartline said. “The NRSC is supporting Oz’s campaign in whatever ways we can, as we do with all Republican Senate campaigns, and we look forward to a big win in November.”

In a statement, Oz’s campaign also touted its work with the NRSC.

“The NRSC is an incredible partner. We started a new ad campaign with them yesterday highlighting Fetterman’s crazy, radical record,” said Oz spokeswoman Brittany Yanick. “The media’s desire to focus on and their use of unnamed or unknown sources for stories on a candidate who has done over 115 campaign events across Pennsylvania over the last two months, instead of Fetterman, who has not done a single public event in over 77 days is ridiculous. Dr. Oz is going to win.”

With three months to go until Election Day, Oz could still mount a comeback, particularly if he shores up support from Republican voters still bitter about his narrow victory in a contentious May primary, which went to a recount. A late boost in momentum would be reminiscent of Wisconsin Sen. Ron Johnson’s 2016 campaign, when the NRSC went as far as canceling television spending there, believing the seat was lost, only to see the incumbent surge back and win the race.

Oz’s campaign has maintained that Fetterman has never faced sustained negative advertising, and even Democrats believe the race will tighten in the months ahead. And there are no signs that the NRSC is pulling out of Pennsylvania.

The NRSC and Oz campaign jointly took out an ad this week attacking Fetterman as soft on crime. Until then, Oz had been dark on television since late May. Sen. Rick Scott (R-Fla.), chair of the NRSC, has a good relationship with Oz and was a special guest for a fundraiser and dinner for Oz on Thursday in the Philadelphia area, according to sources.

Oz raised $3.8 million from April to June, more than half of which he loaned himself, according to the most recent campaign finance reports. Fetterman brought in $11 million during the same second-quarter fundraising period.

At a small reception earlier this month with Scott, NRSC leadership again discussed Oz’s fundraising difficulties and upside-down favorability ratings, according to another person who was in attendance.

NRSC brass made clear at the event that Republican Senate nominees across the country need to take care of their own fundraising and can’t rely on the group to bail them out, the person said. Oz was then mentioned “specifically” as an example.

The person on last week’s donor call likewise said there was also a “bit of consternation” about the fact that Oz has not contributed more of his own money to his general election campaign. Since launching a bid in the primary, Oz has loaned his campaign more than $14 million.

The donor and consultant class also has complained about Oz’s recent travels, including trips he reportedly took after the May 17 primary to Ireland and Palm Beach.

Puck first reported that the NRSC was miffed about Oz’s European trip. (Hartline, the NRSC spokesman, told the publication, “Anyone making statements about the NRSC are either lying or mistaken.)

A campaign source confirmed that Oz was in Pennsylvania during the primary recount and, toward the end, was in Palm Beach in order to raise money for the “costly” effort. Oz’s campaign did not respond to a question about whether the celebrity doctor-turned-Senate candidate went to Ireland. According to Oz’s personal financial disclosure filed with the Senate, his wife owns Dunbrody House, a hotel and restaurant in Arthurstown, Ireland.

On the recent calls, NRSC officials also talked about Ohio Republican Senate nominee J.D. Vance’s fundraising struggles, the sources said, while also noting that Ohio is more favorable to the GOP than the perennial swing state of Pennsylvania.

Vance this month left the campaign trail in Ohio to visit Israel, where he spoke at the Conservative Political Action Conference in Tel Aviv and toured sites in Jerusalem. The Ohio GOP Senate nominee has been dramatically outraised — and outspent — by Rep. Tim Ryan, the Democrat seeking retiring GOP Sen. Rob Portman’s seat.

The path to capturing the Senate, as it was laid out privately by NRSC officials in one of the calls, includes holding Ohio, North Carolina and Wisconsin’s seats, flipping Nevada, and then ousting Democrats in either Georgia, Arizona or both states, according to a source who heard the pitch.

Amid uncertainty surrounding one of its top battleground states, the NRSC is now signaling plans to invest money in at least two new blue-state pickup opportunities this year. On Thursday, the committee made its first television ad buys in Washington and Colorado — states President Joe Biden won by double digits in 2020 where Republicans believe they could make a compelling case to disaffected Democratic and independent voters.

The committee spent $669,000 on airtime in Washington and $241,000 in Colorado on a week’s worth of television ads set to begin airing Wednesday, according to the ad tracking service AdImpact.