Alec Baldwin surprised social media users this week when he popped up on Instagram to defend a United Airlines employee’s right to workplace safety. According to a screenshot shared by TheShadeRoom, Alec was commenting on a video that showed the United staffer brawling with a passenger at Newark Liberty International Airport. (The passenger, who’s since been identified as former NFL star Brendan Langley, ultimately left the airline worker’s face bloodied, but it’s not clear who started the fight.) After the video went viral on Monday, May 24, Alec reportedly posted on his official Instagram: “The guy working at the airport is the victim. He came to work to do a job. The other guy, with his big mouth, is guilty of workplace abuse, where people come to work with an expectation of safety, even civility. This a****** who hit this guy should be put on a no fly list.” The post or Story appears to have been deleted or expired. Alec has yet to be cleared in a criminal investigation of the 2021 “Rust” set shooting in which a gun he was handling killed cinematographer Halyna Hutchins and injured director Joel Souza. Though he’s denied he was responsible for the incident — he was reportedly told it contained no live rounds — some Instagram users called him out for daring to wade in on the conversation, given recent events. “Sir, you shot and killed someone at YOUR workplace,” one user wrote on TheShadeRoom’s post. “Please sit this one out.” A litany of similar comments followed, ranging from, “wow he got all the nerve” to “that privilege goes crazy” and more direct accusations. Last month, the state of New Mexico, where Alec was starring in and co-producing “Rust,” fined the movie’s producers for multiple firearm safety violations. As for the airport scuffle, TMZ reports the employee was treated for his injuries at a hospital, but was not taken into police custody. The football player was reportedly charged with simple assault.

Keep reading to find out just how lucrative Kravis’s wedding was for Dolce & Gabbana, plus more news …

One day after tying the knot with Travis Barker in Portofino Italy, Kourtney Kardashian updated her Instagram profile to “Kourtney Kardashian Barker” on Monday, May 23. While the Insta name-change was romantic, it was also a smart business move — and not just for the bride, who’s poised to snag more followers and more paid post income by leveraging her new hubby’s still-trending last name on the platform. Dolce & Gabbana, which hosted Kravis’ entire wedding weekend, has already “made millions” on the event, Page Six reported on Tuesday. According to Launchmetrics CMO Alison Bringé, Dolce & Gabbana earned about “$25.4 million in media impact value,” or the “monetary value … of every post, every interaction, every article,” since the wedding on Sunday. That’s “more than half of the total $47 million generated by the event thus far,” the outlet notes, and those numbers will almost certainly keep going up this week. Of course, the design house didn’t hold back when it came to brand-conscious hosting duties. Both the bride and groom, and their families, spent the extravagant weekend clad in Dolce & Gabbana. The wedding was held at a villa owned by D&G, the happy couple frolicked on D&G’s yacht during their downtime — even the the boats that carried wedding guests around town featured signature “Dolce & Gabbana” prints on the upholstery. A rep tells Page Six, “The designers were happy to host this very special occasion.” No doubt.

RELATED: See all the best photos from Kravis’ wedding in Italy

For Khloe Kardashian, there’s one rumor, in particular, that stands out from the many she’s read about herself over the years. “It did use to bother me when people were [saying] I’ve had 12 face transplants,” the reality star said on the latest edition of Amanda Hirsch’s “Not Skinny But Not Fat” podcast, according to People. “I’m like, ‘Oh, my God, I have?'” she joked, according to People. “I was like, ‘That’s crazy.’ … It didn’t bother me. It offended me,” Khloe continued. “I just couldn’t figure out why people thought that.” The 37-year-old mom also noted she’s “had one nose job that I love,” and said she doesn’t “care to lie about it,” so she hasn’t. “But the transplant thing, I just want to understand why [people would think that],” she added, joking, “That sounds amazing later in life, but now, I’m good.” Khloe also delved into the comparisons she sees online between her and her sisters, telling critics, “it’s like, you guys, this is what we look like, so I feel like you should know by now, and enough.” While chatting with a fan on Twitter back in April, Khloe said of the nose job: “My only regret is that I didn’t do it sooner.”

Katy Perry recently sent a sweet message of congrats to her pop peer Rihanna, who welcomed her first child earlier this month with boyfriend A$AP Rocky. “I’m so happy for her and congratulations,” Katy told E! News on the red carpet ahead of the Season 20 finale of “American Idol.” “I know that this time is so precious and it’s just like a gorgeous, cozy time,” she gushed of new motherhood. “It’s a beautiful, magical time, so soak it all in,” she added. Katy became a first-time parent in 2020 when she and Orlando Bloom welcomed their daughter, Daisy. “I love being a mom,” she told Entertainment Tonight earlier this year. “It’s the best decision I ever made for my life.” Rihanna and Rocky have yet to comment on their baby boy’s arrival.

In David Letterman’s new season of “My Next Guest Needs No Introduction,” Billie Eilish gets candid about her experience with Tourette Syndrome, which she was diagnosed with at age 11. During the interview, the 20-year-old Grammy winner begins displaying what appear to be the disorder’s common “tics.” Asked to discuss it, Billie tells Dave, “It’s really weird, I haven’t talked about it at all,” before explaining that she’s “very happy to talk about” the syndrome. “I actually really like answering questions about it because it’s really interesting, and I am incredibly confused by it. I don’t get it,” Billie says. Although she doesn’t tic while performing, “moving, thinking [or] focusing,” she explains, she still catches herself wiggling an ear, raising an eyebrow, moving her head in a certain way, making a clicking sound with her jaw, opening her mouth and flexing her arm muscles. “These are things you would never notice if you’re having a conversation with me, but for me, they’re very exhausting,” Billie says. Despite the fatigue, the singer later says she’s come to terms with the disorder, though she hasn’t always felt that way. “I have made friends with it, so now I’m pretty confident in it,” she says. “So many people have it and you’d never know. A couple [other] artists have come forward and said, ‘I’ve always had Tourette’s,'” Billie adds. “And I’m not going to out them because they don’t want to talk about it. But that was really interesting to me because I was like, ‘You do? What?'” The fourth season of Dave’s interview series is streaming on Netflix now.

Millions of Homeowners May Be Underinsured 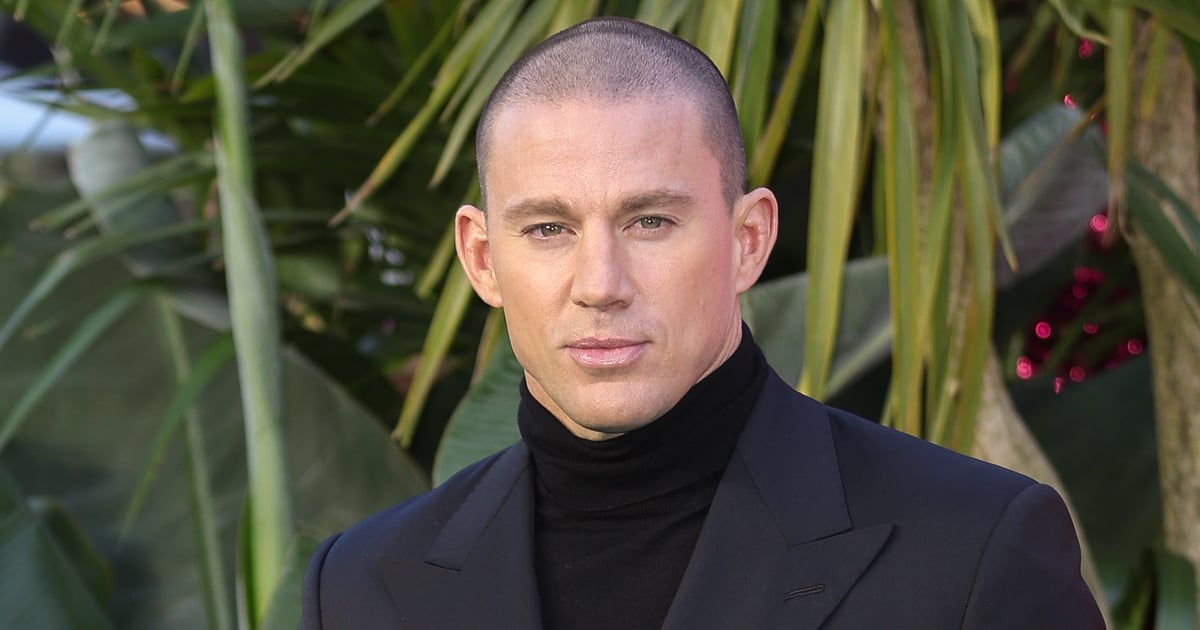 How Many Kids Does Channing Tatum Have? 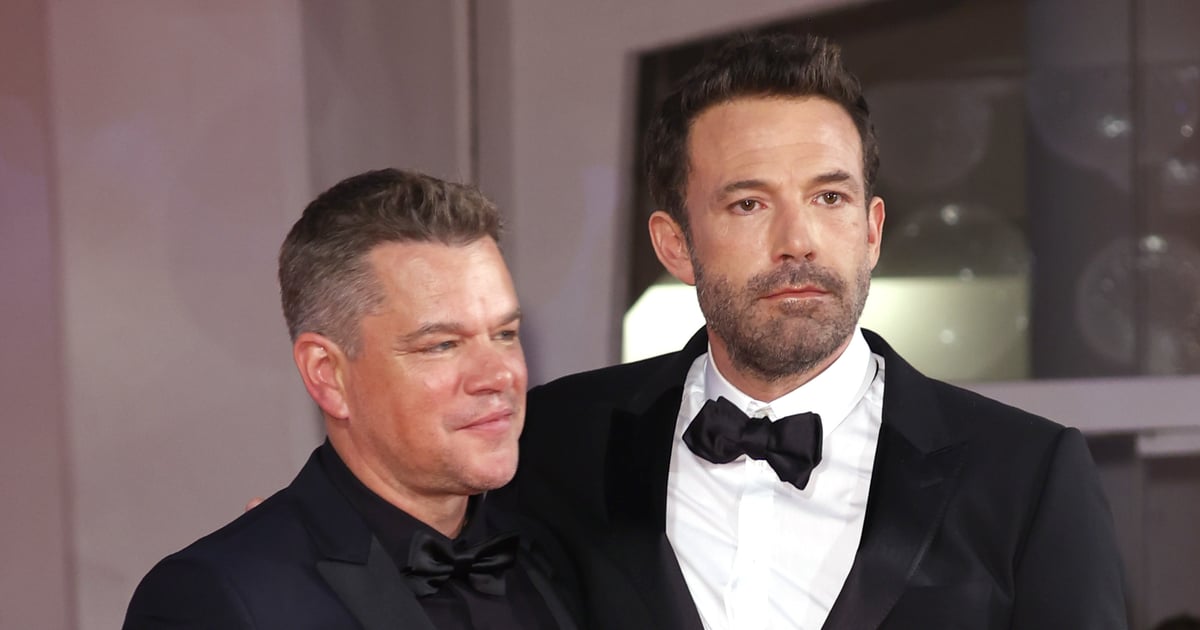