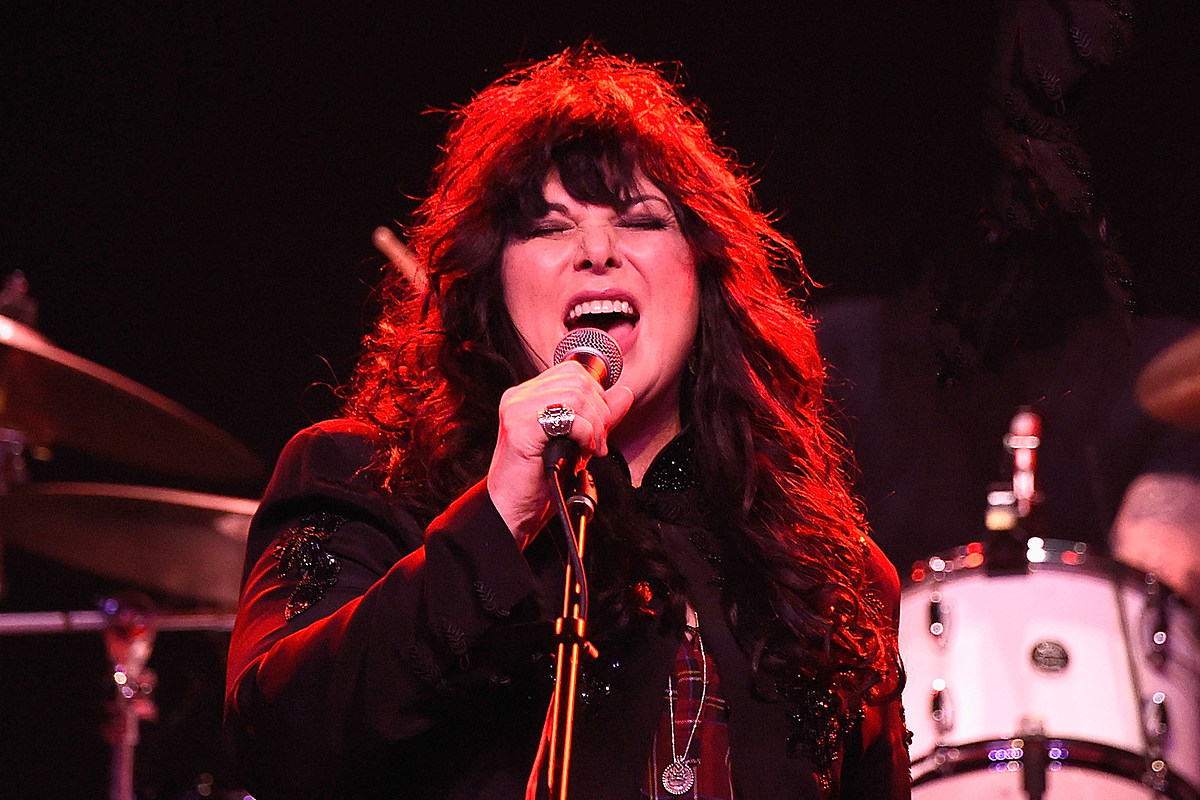 Lockdown finally afforded Ann Wilson something she doesn’t often get much of: time to write.

She dashed off ideas at home in Florida, demoing them into her iPhone. Once Wilson had collected a handful, she began to consider where she might like to take her freshly written material. The answer seemed obvious: Wilson had always wanted to work in the revered rooms of Muscle Shoals Sound Studios in Alabama.

The result was 11 tracks that will appear on Wilson’s third solo album, Fierce Bliss. Guests on this mixture of originals and covers include Warren Haynes of Gov’t Mule and Eagles touring member Vince Gill . Wilson offers her take on Queen’s “Love of My Life,” Jeff Buckley’s “Forget Her” and Robin Trower’s “Bridge of Sighs,” plus her own newly penned songs like “Greed” and “Black Wing.” The album’s colorful cover art, a piece called “Parrot on Ice,” was provided by legendary Yes collaborator Roger Dean.

Several members of Wilson’s current band, the Amazing Dawgs, perform on Fierce Bliss — including guitarist Tom Bukovac, bassist Tony Lucido and drummer Sean T Lane. She’s been touring with them for some time, and they had a lot to do with Wilson’s motivation in the studio. “They super challenge me,” she says.

Wilson recently joined UCR from her home in Florida to discuss the new album, how the role of women in rock has changed over the course of her career, plus her favorite Heart song to perform live.

Has your approach to songwriting changed over the years? Not just in the physical way you go about it, but emotionally too?
Yeah, I think the main difference is that, in the past, there have been times where because Heart was under contract – and there’d be a certain number of songs that had to be produced by a certain time to meet contractual agreements. And so some of the songs we just: “Oh, we gotta hurry up and do this. We need four more.” You know? But this time, I just started writing out of the ideas that were just buzzing around in my soul, so there was no expectation on them. I just wrote like a freelance artist.

Was there a particular song on this album that was your favorite to record?
I think “Bridge of Sighs” would have been my favorite. And that’s not one of the ones I wrote, but as a singer, that was really just — it was so much fun. It was just so satisfying.

Your voice is in absolutely remarkable shape. Is there a secret for that?
For me singing isn’t as much about the actual vocal mechanism as it is about opening the soul. And so if I can keep my throat in pretty good shape and open my soul, then I can do my job. I can go out there and just let it out. But I do a couple of things, like I take a lot of arnica pellets after a show. That helps with bruising and swelling. And I drink a lot of water and try to get sleep.

How would you describe the band you’re currently working with now?
I would describe the Amazing Dawgs as fire and energy – and also delicacy. They’re very sophisticated. They can play the big, wide-open rock like “Greed” and they can turn around and just be all tender and subtle, like on “Love of My Life.” They can do it all. They’re very intelligent guys, and they’re operating on a super high musical level.

If someone had asked you all those years ago that you would still be recording music, releasing albums and touring, would you have believed them?
No. [Laughs.] I wouldn’t have believed them. Back at the very beginning, when I was 24 or 23 or something, I never even thought I’d live to see 30 – just because that’s what young people do. You know, you see people who are in their 50s and 60s and 70s and you go, “Oh, well, you know, I hope I die before I get old.” [Laughs.] But as it’s turned out, all the different eras, one that is pulled into the next, have been really educational and fulfilling. So I’m glad that I hung around for this. I’m really glad.

So it sounds like you don’t have plans for retirement anytime soon? You’re still fully invested.
Yeah, I mean, the idea of retirement is nowhere in my comprehension. I don’t know what I’d do, because I’ve been doing music since I was, like, 14 years old. So it’s a calling with me more than a job that you retire from and then move to Margaritaville. I’m just not made like that. [Laughs.]

There are a lot of women in the rock world who have definitely looked up to you over the years, and still do today. Do you have any advice for those women?
The primary thing I would say is: Don’t let yourself get smothered by somebody else’s ideas about who you should be, what you should look like, what you should sound like. Especially, I am suspicious of the hyper sexualization that a lot of young women tend to turn to when they’re starting out in their careers. I’m just suspicious of that because it’s so transient, and if you don’t have anything else lined up after that, then you’re just going to be toast. [Laughs.] You have to be good. You have to have something really real to offer. The misogyny in the culture is so systemic that it can be really hard to notice when it’s happening, but so much of that imaging of women goes super deep – you know, way past the entertainment industry. It’s just in the culture.

You have a unique perspective in that regard in that you’ve witnessed the industry change over the years.
I can see it changing in the number of women that are doing [music] now. I mean, when I first started out there were very, very few. And for instance, back when it was radio, there was kind of an unspoken rule that they would only play one female artist per hour – and you had to be either a folk singer or a disco diva. If you were something else, they just didn’t know where to put you, you know? So, yeah, it’s changed an awful lot since then. Now, you could go to a hair salon or something where they have something like Pandora playing and you can just hear, like, all women for two hours.

I’m curious about what you’re listening to these days. Are there new artists or maybe older artists who you’re revisiting?
I tend to take new music by the song, because it’s hard for me to stay interested in pop music. I like Lzzy Hale. I think she’s doing a great job. And Billie Eilish, I think is doing a really cool job. Her messaging is so right on. But then on the other hand, having said that, I love Lucinda Williams, because she’s so raw and real. She hasn’t gotten tied to any pretense. I mean, she is what she is, and she’s a great poet – and I love that about her.

Looking ahead, the 50th anniversary of Heart’s formation is next year. What can you tell us about your plans for that?
I’ve got lots of ideas. Nothing is locked yet. Nancy [Wilson] and I have to have a serious conversation about Heart being a central part of that. I know that that’s going to happen. I just feel it’s going to be very cool.

Can you believe it? 50 years?
No, I cannot believe it. [Laughs.] I can’t, but it does feel like a whole ‘nother life. That first line up and making the first record and all that just seems like somebody else almost, because I was so young and so inexperienced, so naive.

I have a couple of rapid-fire questions here, if you’re game. The first is: what is one album you couldn’t live without?
I think that’d be the Beatles’ White Album.

If you could work with any artist, dead or alive, who would it be and why?
Mmm, I think it might be [French composer Claude] Debussy. I think that he was a revolutionary in his time, and he opened the doors for 20th century and onward music.

What is your favorite Heart song to perform live?
I think it’d be “Crazy on You.” I think it’s a song that sort of stands the test of time is still relevant. It’s just a good song. [Laughs.]

Bet you didn’t know somebody else recorded these songs before they got popular.

Heart’s Ann Wilson Discusses the Rise of the Seattle Scene

Win a share of £1,000 from as little as 2p with Sun Bingo's Fluffy Favourites Jackpot

Apple, Google, and Microsoft Team Up to Vanquish the Password