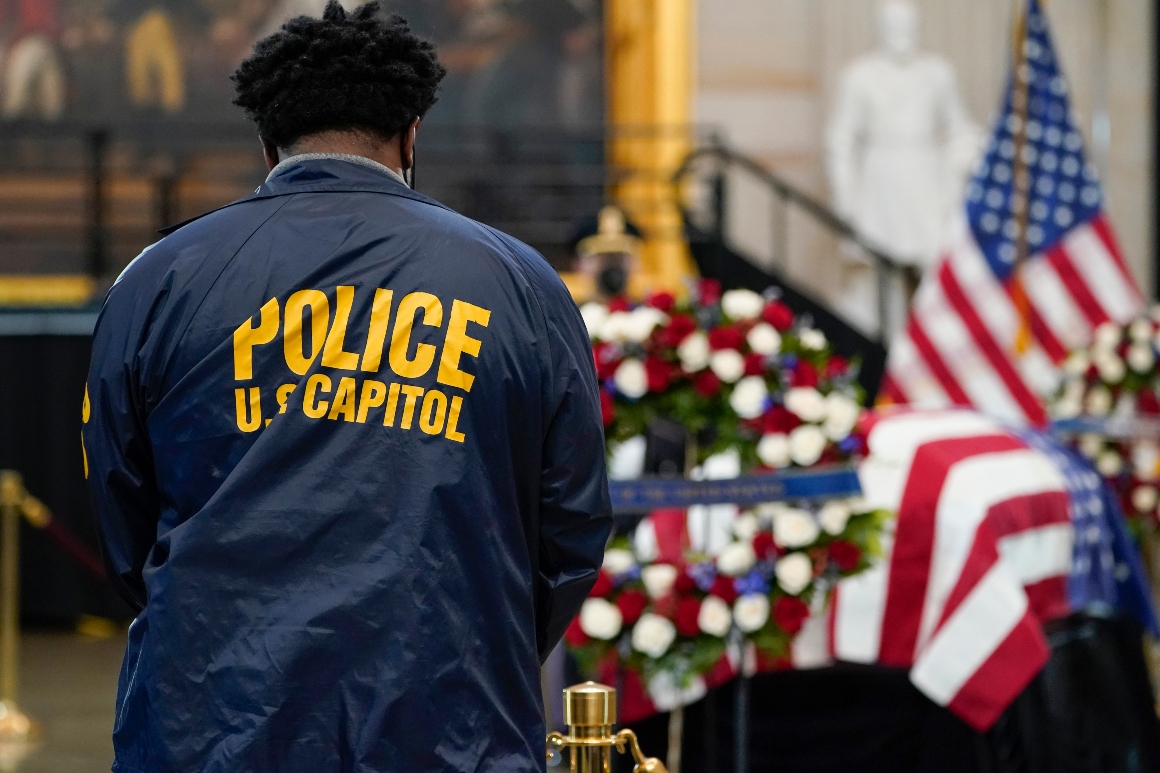 The department distanced itself from the statement, noting that it “has no way of confirming it was even authored by USCP personnel. The U.S. Capitol Police does NOT take positions on legislation.”

The identity of the statement’s author or authors remains unclear. It was distributed by the office of Rep. Jamie Raskin (D-Md.), according to an email to House offices obtained by POLITICO. In the note, Raskin’s office said that the congressman — a lead manager for Donald Trump’s second impeachment trial — had spent months in discussions with Capitol Police officers who have experienced “mental anguish” from the insurrection before deciding to release the statement.

Raskin’s staff told fellow House offices that multiple officers were behind the letter and chose to remain anonymous “because they are afraid of retribution for speaking out.”

The letter from the Capitol Police comes amid a flare-up in tensions over the Jan. 6 insurrection, as the House moves to consider a pair of bills related to the Capitol attack on the floor this week. Lawmakers will vote on the commission — which is modeled after a bipartisan investigation into the Sept. 11 attacks — as well as a sprawling security funding package intended to shore up Capitol security.

The Capitol attacks, and the role of the former president, also resurfaced this month as the GOP voted to expel Rep. Liz Cheney from their leadership ranks, at a time when Republicans are also downplaying the violence that unfolded that day.

At a hearing last week, Rep. Andrew Clyde (R-Ga.) described footage of rioters who breached the Capitol as appearing like they were on a “normal tour visit.” Images surfaced showing Clyde barricading the door of the House floor on the day of the deadly attack.

One Capitol Police officer, Brian Sicknick, died a day after responding to the Jan. 6. attack after suffering from a stroke, the D.C. medical examiner found. And two officers who responded to the attack are reported to have died by suicide, one with the Capitol Police and one with the D.C. Police Department.

“It is inconceivable that some of the Members we protect, would downplay the events of January 6th. Member safety was dependent upon the heroic actions of the USCP,” the letter reads.

The Office: 10 Quotes About Friendship

They develop a chip the size of a dust mite