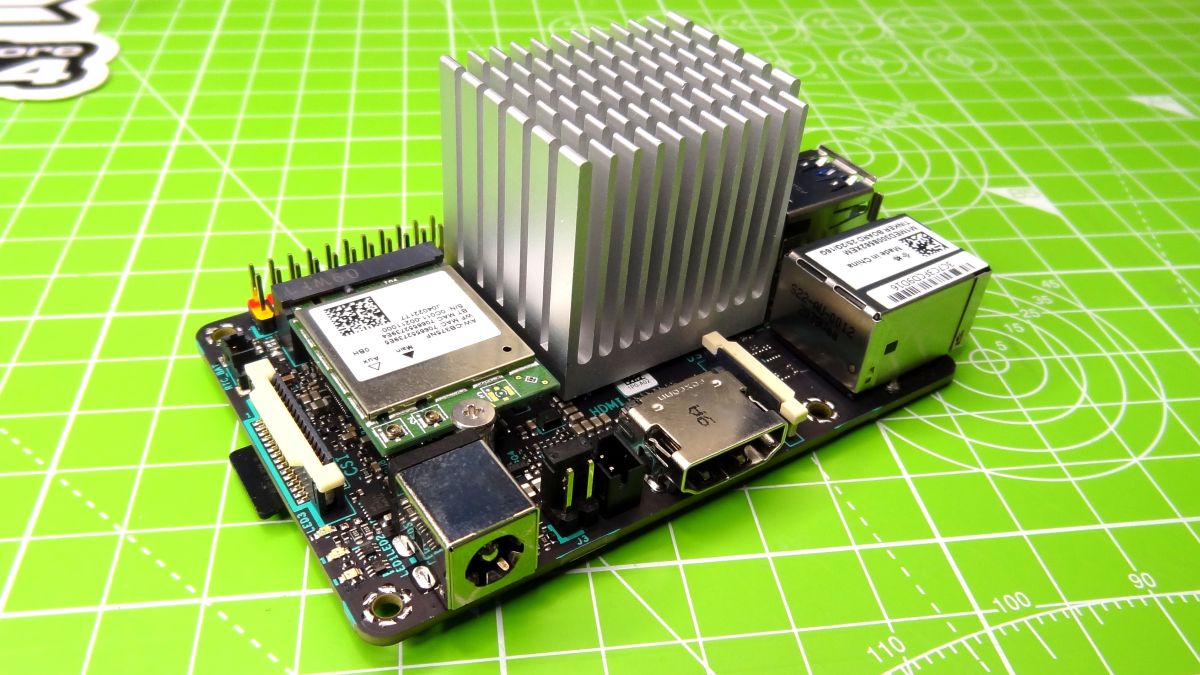 What is a computer without a community? Every computer has had some form of community behind it. From the explosion of home computers in the 1980s, to the present day, there have been users who have come together to support and evangelise for their chosen platforms. In the world of single board computers (SBC) the largest and most supportive community has been around the Raspberry Pi, which has seen over nine years of growth centered around the $35 computer. Asus is no stranger to the SBC scene. A few years ago we saw the Asus Tinker Board arrive on the scene, at a time when the Raspberry Pi 3 was just on the horizon. Now in 2021 Asus has released a slew of Tinker Boards and we have the Tinker Board 2S for our review.

Designed to one-up the Raspberry Pi 4, the Asus Tinkerboard 2S has a few features that look good on paper compared to the Pi, including a 6-core CPU with two cores running at 2-GHz, a faster GPU and 16GB of on-board storage. However, this $129 board can’t even come close to competing with the Pi, thanks to a lack of community support and weak performance.

Using the Asus Tinker Board 2S

The Asus Tinker Board 2S has a big.LITTLE CPU configuration. We have two 2-GHz Arm Cortex A72 cores and four 1.5-GHz Arm Cortex A53 cores. When we need the extra power, the A72s kick in and give us a boost, but for general tasks the A53s get the job done. That’s compared to four, equal 1.5-GHz Cortex A72 cores on the Raspberry Pi 4. However, it’s easy to overclock the Raspberry Pi 4 up to 2.1 GHz or higher.

The default operating system for The Asus Tinker Board 2S is Tinker OS, a fork of Debian 10 “Buster” which uses LXDE as the desktop environment. The desktop experience is ok at best, feeling more like an older version of Raspbian, before the rebrand to Raspberry Pi OS. Tinker OS is a functional and responsive OS, we can install applications using APT, write code and browse the web.

YouTube playback at 720p is impressive and quite responsive. In fact moving from windowed to fullscreen playback was slow, but faster than a Raspberry Pi 4. Moving up to fullscreen we saw very little dropped frames and the video was more than watchable. We then tested the venerable Big Buck Bunny video at 720p 60 and 1080p 60 and here is where we started to see the worst results, lots of dropped frames in windowed and fullscreen, at 1080p 60 the video buffered and stalled and our Gigabit network was not to blame.

The Asus Tinker Board 2S has a 40 pin GPIO, which mimics that of the Raspberry Pi but we have a few issues with it. Chiefly there is no compatible Python 2 / 3 library that we can use with the GPIO. For the previous Asus Tinker Board there was ASUS.GPIO which was a fork of the RPi.GPIO library but alas that library does not work with the 2S. We reached out to Asus for support and were advised that Asus is working on “additional information” on how to get the GPIO working with Python.

We did manage some basic GPIO access using Wiring Pi, specifically the GPIO command. Using a simple BASH script we created a simple button input, LED output project which worked well, but we still long for a useful Python library.

Dominating the Asus Tinker Board 2S is an aluminum heat sink, which keeps the CPU cool, and unfortunately blocks HAT access to the GPIO. The heat sink comes with pre-applied thermal adhesive and this is normally the point where we load Stressberry and stress test the CPU for temps and speeds. But that didn’t work with the Tinker Board 2S, so we tried sysbench, but there was no installation candidate.

So our tests are not directly comparable to a Raspberry Pi 4. Using a little Python know-how, we managed to write some code that would check the CPU frequency and temperature every five seconds and write the data to a CSV file. While playing a 720p YouTube video we recorded a maximum temperature of 54.4 Celsius at a top speed of 1.5 GHz.

We connected our Asus Tinker Board 2S to our Gigabit network and were able to get online straight away, but the same could not be said about the Wi-Fi. We sat five metres from the access point and our connection was patchy at best. We failed to find one of our two SSIDs and the one we could find didn’t provide the best experience.

Other devices on the same SSIDs had no issues. To improve the Wi-Fi connectivity there is an antenna terminal on the Wi-Fi card, but you will need to purchase your own antenna.

The onboard 16GB eMMC of the Tinker Board 2S is nice to have. We copied a 2.8GB file from a SATA USB 3 drive and recorded just under 51 seconds to copy it to the eMMC. The same test came in at 52 seconds using a 16GB A1 class micro SD card. Surprisingly the same test, copying the image to the eMMC using the same SATA drive via the USB C interface took 1 minute 27 seconds. We would expect the USB C interface to be faster, but alas not. So from all of these tests we can surmise  the eMMC is nice to have, but we can make do with a good quality micro SD card. We can choose between booting from microSD and eMMC via the J3 jumper between the power and HDMI port. This ability to toggle between eMMC and microSD would be useful to have if we choose to try another OS, should any become available. For the previous Tinker Board we had a limited choice of other OSes, typically Armbian and Diet Pi. Armbian was more of an Arm based Debian release, with DietPi being the Swiss Army knife for file server, DNS, media streaming projects.

Powering the Asus Tinker Board 2S is via a DC barrel jack where we can provide between 12 and 19V of DC power. These power supplies are extremely common and we can deliver much more current via this connector than we can via a typical microUSB or USB-C 5V power source. However, it’s much easier to find a USB-C power adapter to work with your Raspberry Pi 4 than a 12V or 19V brick.

Use Cases For The Asus Tinker Board 2S

As it stands, the Asus Tinker Board 2S is fine for desktop apps and as a home server. It has enough power to perform those tasks admirably. As a maker hobby board, the Tinker Board 2S is crippled by the inadequate GPIO access. When the Python GPIO library arrives this may change, but don’t expect the same level of quality as the Raspberry Pi.

The hardware looks good and having all USB 3 ports, USB C is most welcome. Tinker Board 2S has one more USB 3 port than a Raspberry Pi 4, and that matters is we intend to use it for home server duties The issues we have are with the overall software experience letting down the hardware. The way we work with any machine is via software, if the software is bad, then we lose faith in the hardware and this is where we stand with the Asus Tinker Board 2S. For $129 we expected much better, and when we consider the Raspberry Pi 4 is $75 and comes with everything we need for a desktop / maker experience, the Asus Tinker Board 2S cannot compete on price nor can it challenge the dominance of the Raspberry Pi.

Superman Could Have Made The World Perfect By Betraying Batman

Dr. Fauci Warns These States Will Have Next Surge 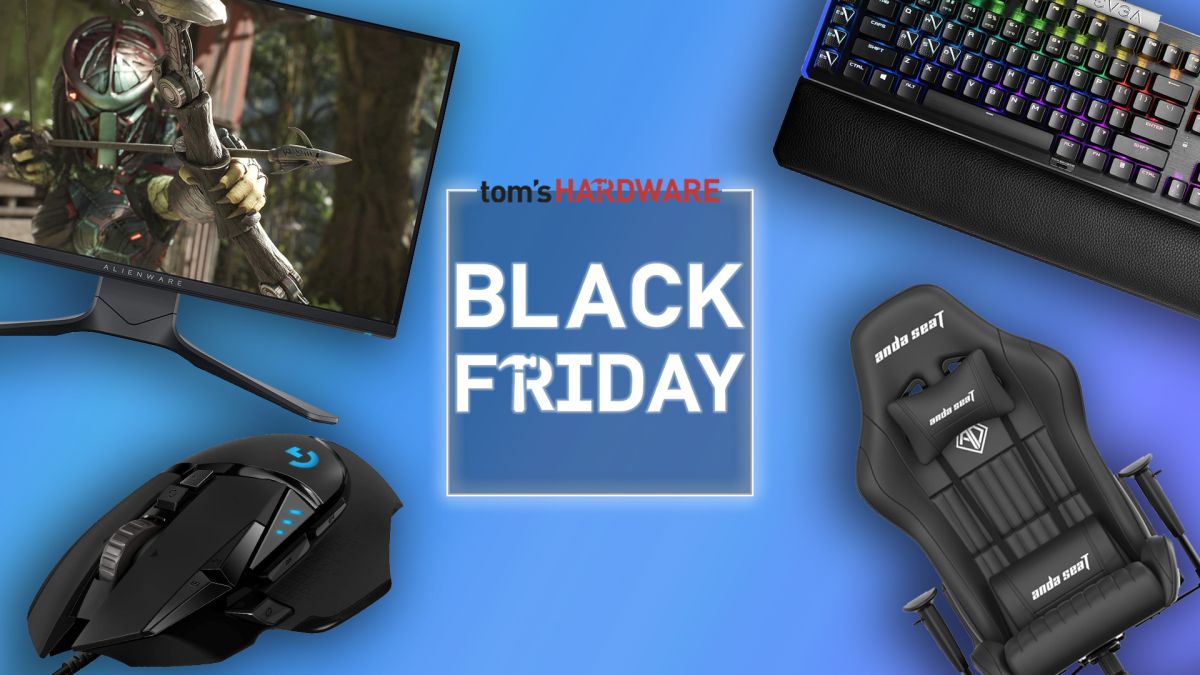