Despite being the target of a German lawsuit accusing the manufacturer of not being green enough, Volkswagen Group is probably the legacy automaker touting the merits of electrification with the most enthusiasm. While undoubtedly influenced by the diesel emissions catastrophe that cheesed off every regulator in the Western world, its brand has actively been delivering EVs and praising alternative energy automobiles whenever possible.

There was more of that this week. Porsche has reportedly decided to make the 718 to be an all-electric model by 2025 and Audi recently announced that it’s employing rally icon and Hoonigan founder Ken Block (who broke with the Ford Motor Co. earlier this year) to develop EVs.

Audi announced Block’s involvement on Tuesday by simultaneously releasing a video and interview. The video is about what you’d expect and the interview feels about as organic as a cube of polyethylene. Block is supposed to be joining the company to help develop electric cars but there isn’t much in the way of details in the interview. Instead, it served as a vehicle for the professional driver to praise Audi products (perhaps genuinely) and discuss how it shouldn’t matter what’s beneath the hood so long as the car goes fast.

In case you’ve never seen one of his videos, Ken Block likes to go fast and he mentions it with the frequency and subtlety of Sonic the Hedgehog throughout the release. As I’ve never witnessed him being verbose, this was likely the most authentic aspect of the interview. But the rest was sprinkled with enough corporate buzz terms to make it feel like he may have been coached by his new employer.

“By testing electric cars in different contexts, we want to showcase mobility and electrification in new and entertaining ways. Audi has done an incredible job of driving their vehicles into the future,” Block stated. “Hopefully, I can pick up on that and have a lot of fun with it at the same time. Audi technology has always had a huge impact on me. In the 1980s, the brand used to dominate one of my all-time favorite sports events — the World Rally Championship — in a way that truly inspired me. Over the years, I’ve always had a real fan’s appreciation for what Audi achieved in racing way back when, right up to modern-day motorsport. I have always been very impressed with their progressiveness and the fact that they are constantly looking ahead.”

This led to a statement on humanity and the ways we all need to live to create a progressive, pro-mobility future. But the overall gist from Ken’s discussion is that electric vehicles are part of that and everyone needs to get on board.

“Don’t get me wrong, I love the sound of combustion engines, especially the five-cylinder that Audi is so famous for,” he said. “That’s what I grew up with. Even so, I welcome change and whatever might make me go faster. Of course, I’ll miss the sound of the engine, but there are other ways to enjoy new technology and its sounds. The view that combustion engines are the answer because something would be missing without that growl is wrong. I have kids who haven’t grown up with those sounds for the past thirty or fifty years as I have and don’t care about them. They’re used to the idea that there are combustion engines and electric motors, each with their own sounds. To them, both are cool. We older people need to change our attitude and learn that the lack of a sound can also be very cool.”

What does all of this mean? Well, other than the fact that Audi is now paying Ken Block to say things, we’re not absolutely certain. The manufacturer has been extremely cagey on the details, only admitting that the Hoonigan executive will be helping to deliver “exclusive joint projects in the field of electric mobility” and already drove the classic Sport Quattro S1, V8 Quattro DTM, Audi RS E-Tron GT, and E-Tron Vision Gran Turismo prototype.

My guess is that this results in another gymkhana video where Block pilots an Audi-branded vehicle through tight spaces at unadvisable speeds. Perhaps there will even be a few new electrified products from the manufacturer with Ken’s signature on them — though his sitting through an entire development phase seems unlikely.

Meanwhile, Porsche is supposedly already working on a new EV that will end up replacing one of its best models. According to Car and Driver, the 718 will become a totally battery-electric vehicle for the 2025 model year. The outlet said that it ended months of speculation after Porsche unveiled the Mission R Concept (pictured) at the Munich auto show. It’s the correct shape and size to replace the 718 and will reportedly serve as the template for its successor.

From Car and Driver:

We haven’t seen the interior yet, but we are assured it will be the brand’s most futuristic yet, more forward-looking than the Taycan and a massive leap from the conservatively styled current 718 cockpit. In designing the user interface, Porsche is keeping the customer base in mind: In China, the most important market, the average age of a 718 buyer is just 31. We are told, “This will be the most modern Porsche.”

Sports-car fans have been concerned that an electric 718 could become excessively heavy; a Taycan, after all, comes in between 4,568 pounds for the entry-level model with the small battery and 5,199 pounds for the Turbo S Cross Turismo, despite its not-exactly-spacious package. The 718, on the other hand, will be almost a miracle of lightweight technology: The internal target weight is under 3,650 pounds.

Weight is one thing but the car also needs to be useable. If the Porsche Taycan taught us anything, it’s that diminished range can severely undermine what’s an otherwise desirable automobile. We’re also slightly concerned that future 718 models won’t be a cost-conscious alternative to the 911, but its main competition. The iconic 911 is said to remain internal-combustion-focused until at least 2030. Though an all-electric 718 will probably be able to match its acceleration before the speedometer reaches blistering speeds. Assuming there remains a divide between EV and ICE fans, this might not be a big issue and the same goes if Porsche can keep pricing below the $83,000 it charges for the Taycan.

However, it doesn’t really matter what the consumer wants or what it’s going to cost. Europe’s restrictive Euro 7 regulations have effectively painted all manufacturers into a corner. The European Automobile Manufacturers’ Association has claimed the proposed rules would basically kill their ability to continue developing internal-combustion engines, especially since regulators are considering real-world emission monitoring over the entire lifetime of a vehicle. Assuming Porsche still wants to build high-performance vehicles with juicy spec sheets inside the EU, they’ll have to be electric.

Schumer: Avoiding default is 'simply and entirely up to the Republican senators'

Official video takes us around the improved Surface Duo 2 5G 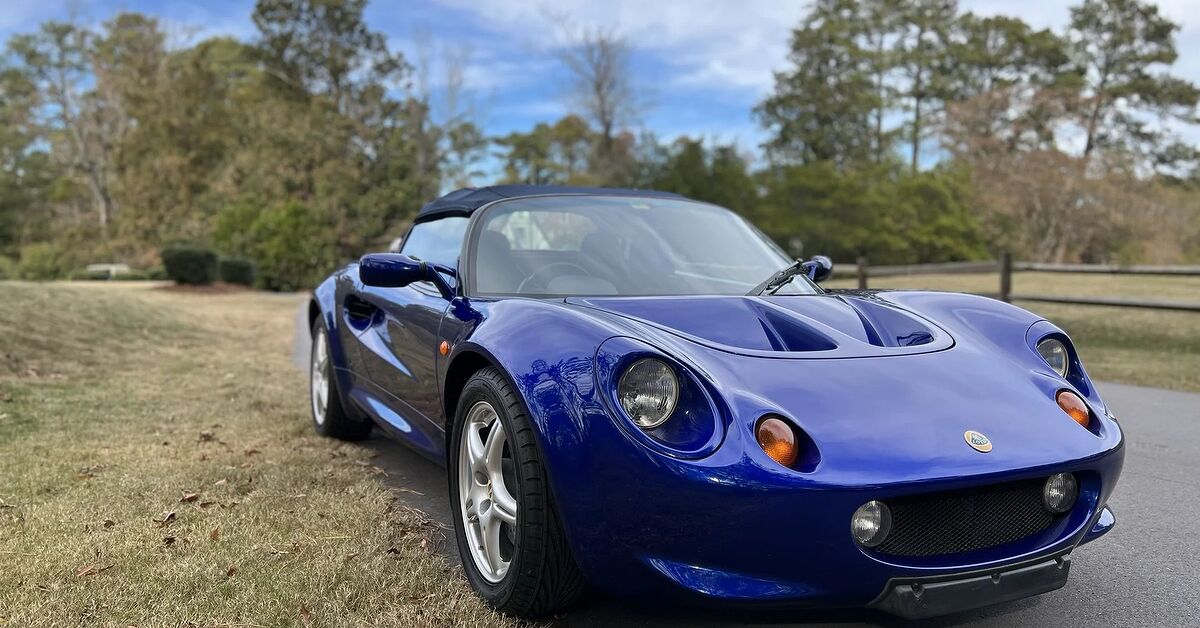 Electric Ram Revolution Truck To Be Revealed By Stellantis CEO