Beyonce and the Bey Hive are rejoicing after the singer dropped her album, “Renaissance,” at midnight on Friday, July 29. The official album drop came a few days after several songs were leaked by a fan in France. However, the Bey Hive chastised the fan for interrupting Bey’s carefully planned rollout of the album, something that didn’t go unnoticed. In an Instagram post, Bey wrote, “So, the album leaked, and you all actually waited until the proper release time so you all can enjoy it together. I’ve never seen anything like that.” She then thanked her followers “for your love and protection.” This is Bey’s first solo studio album in six years.

RELATED: Bikini bodies at every age

Natasha Bure has entered the chat

Another layer has been added to the unlikely Candace Cameron Bure/JoJo Siwa feud. Earlier this week, JoJo went viral after claiming the “Fuller House” actress was the “rudest” celebrity she’s ever met. In a Page Six video, JoJo said she had a “rough experience” with the actress, which was tied to Candace declining to take a photo with the YouTube star when she was 11 years old. As the story grew louder, Candace reached out to JoJo and the two seemed to hash it out. Candace even declared there was “no drama on the JoJo front”… But then Candace’s 23-year-old daughter, Natasha Bure, entered the chat and took a swipe at JoJo. “Respectfully, someone saying no to taking a photo with you is not a ‘rough experience,” she wrote on her Instagram Story on Thursday, July 28. “This generation is so sensitive and has zero backbone. Grow up. There are bigger issues in the world than this.” She added, “For someone to say that they don’t want to take a photo with you or that it’s a bad time because they’re working is not a ‘rough experience.’ There are people who are dying in other countries, there are children who are starving. Those people are having a rough experience.”

Britney Spears has ticked off a milestone in her life… Or has she? On Thursday, July 28, the singer posted an Instagram video from a bar. “This is my first time at a bar. First time,” she said. “I feel so fancy and I feel so sophisticated.” She sarcastically captioned the video, “So glad they took my rights away for 13 years to have a cocktail. I’m so grateful y’all.” The fact that Britney claimed Thursday was her “first” bar experience doesn’t appear to be accurate, as photos from 2006 and 2007 show her at multiple bars. She also famously hosted nightclub several parties in Las Vegas around the same time. Either way, drink up, girl.

Dua Lipa issued a statement after fans set off a series of unauthorized fireworks at the end of her Toronto concert this week. “Creating a safe and inclusive space at my shows is always my first priority, and my team and I are just as shocked and confused by the events as you all are,” she said on Instagram. “There is an ongoing investigation into the events being conducted, and everyone involved is working hard to find out how this incident occurred.” Video of the incident shows fans running for safety as the fireworks were set off on the venue floor. Some fans suffered minor burns. “Bringing this show to life for my fans has been such an amazing experience, and I’m so deeply sorry for anyone who was scared, felt unsafe, or whose enjoyment of the show was affected in any way,” Dua wrote.

Four months after one of the most shocking moments in Academy Awards history, Will Smith is breaking his silence on camera. On Friday, July 29, the “King Richard” star posted a video to multiple social media channels in which he apologized to Chris Rock for slapping him on live TV at the Oscars. “I’ve reached out to Chris and the message that came back is that he’s not ready to talk, and when he is he will reach out,” Will said. “So I will say to you, Chris, I apologize to you. My behavior was unacceptable, and I’m here whenever you’re ready to talk.” In the five-minute video, Will also said he didn’t apologize to the comedian in his Oscars acceptance speech because he “was fogged out by that point. It’s all fuzzy.” In apologizing to Chris’ family, a reflective Will noted, “I spent the last three months replaying and understanding the complexities and nuances of what happened. I’m not gonna try to unpack all of that right now but I can say to you, there was no part of me that thought that was the right way to behave in that moment.”

Ben Affleck and Jennifer Lopez are still in the honeymoon stage. Shortly after eloping in Las Vegas, the pair jetted off to Paris as newlyweds, and they’re only falling more in love with each other. “They feel like they are the only two people in the room, or world, right now,” a source told Entertainment Tonight. “It’s refreshing and sweet for their friends and family to see how much they love and care for one another. Ben has been telling Jen how unbelievably happy he is that she is his wife.” The couple’s children has also joined them in Europe. “Ben and Jen had the best time in Paris,” ET’s source said. “They went to the most popular restaurants and really had the time of their lives. It was so nice being away together with their kids and just eat, relax, celebrate Jen’s birthday and have some time off from work. Jen and Ben both love Paris, and Jen especially finds it to be so romantic.” 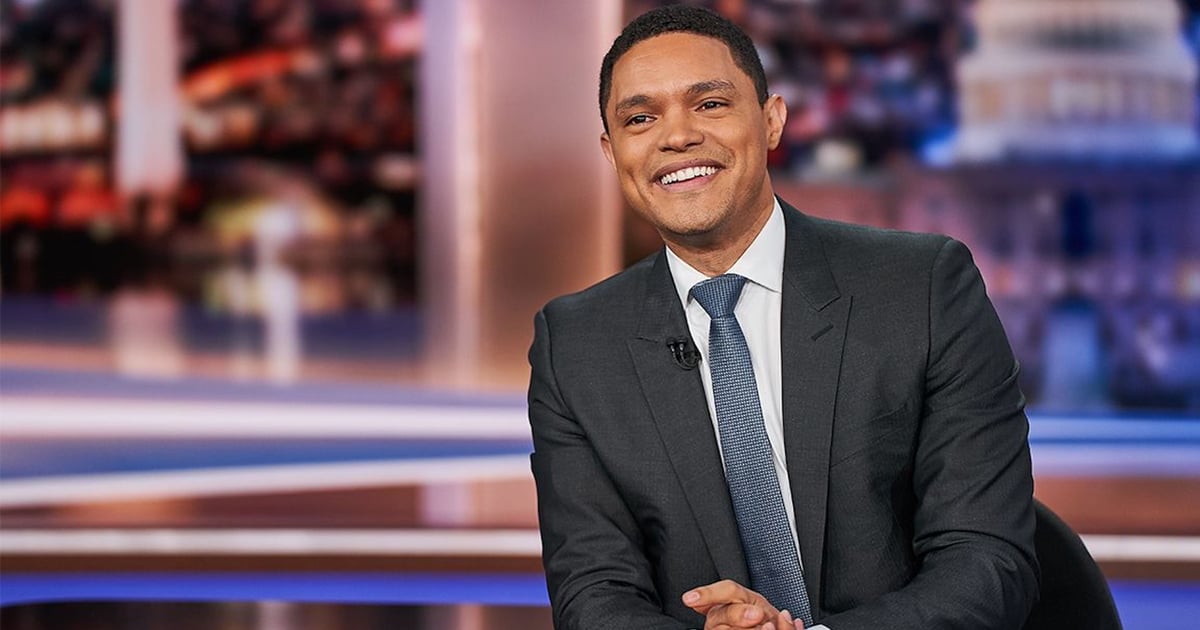 What Will Trevor Noah Do After The Daily Show?