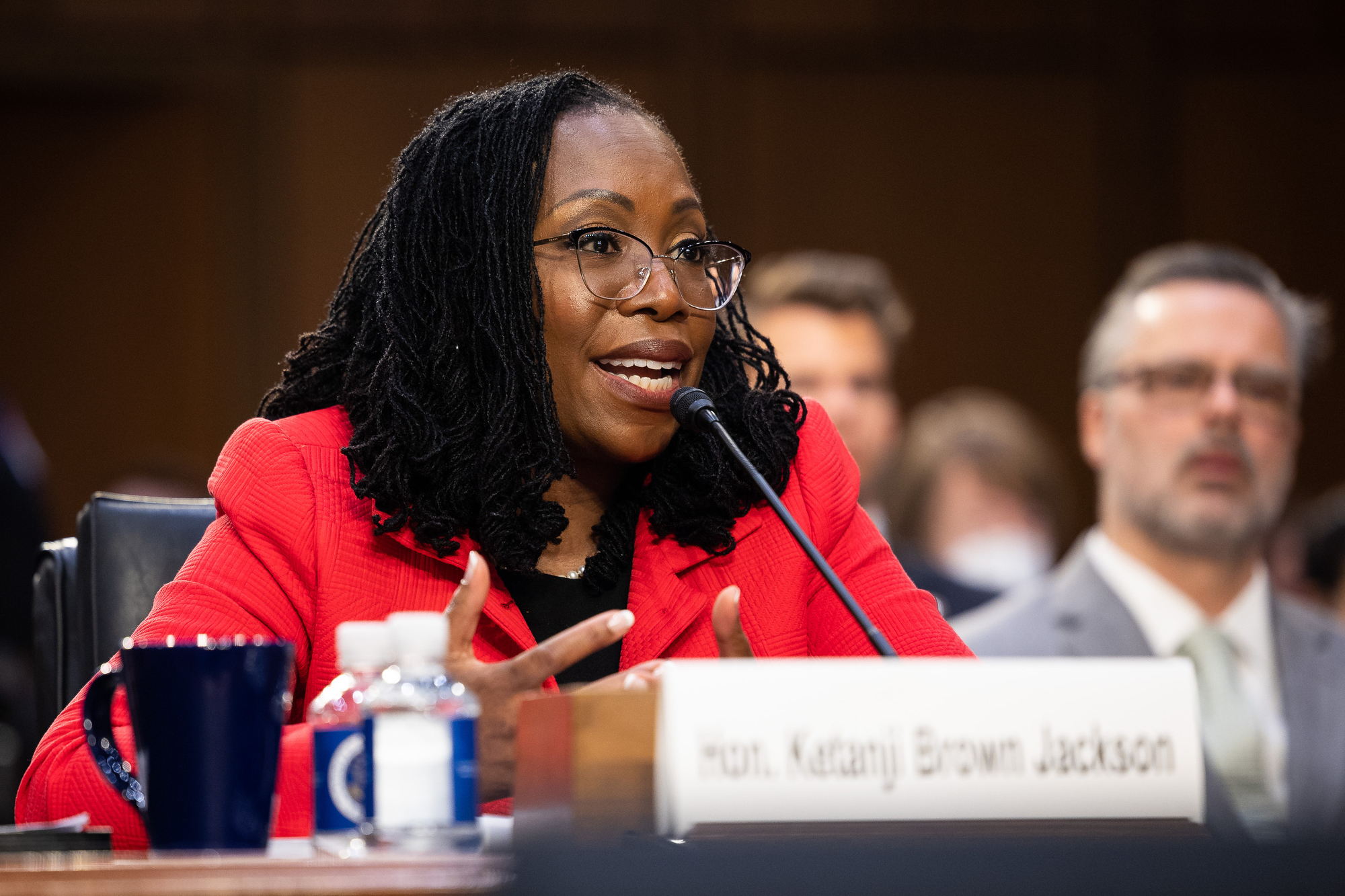 The tone shifted in the room as Booker (D-N.J.) had the mic, cracking jokes and asking Jackson about everything from the values her parents instilled in her to what she meant in her opening statement when she suggested she wasn’t always the perfect mother. The nominee had tears in her eyes when she talked about trying to find a balance between working toward her goals and being a good mother to her two daughters, Leila and Talia.

“It’s a lot of early mornings and late nights,” she said. “And what that means is there will be hearings during your daughters’ recitals. There’ll be emergencies on birthdays that you have to handle. And I know so many young women in this country, especially who have small kids who have these momentous events, and have to make a choice. I didn’t always get the balance right.”

She continued with what she hopes her daughters take from this experience if they see their mother confirmed to the Supreme Court.

“I hope for them seeing me — hopefully you all will confirm me — seeing me moved to the Supreme Court that they can know that you don’t have to be perfect in your career trajectory, and you can still end up doing what you want to do,” Jackson said. “That you just have to understand that there are lots of responsibilities in the world and that you don’t have to be a perfect mom. But if you do your best and you love your children, that things will turn out OK.”

Booker, also emotional, responded that Jackson’s mother, too, probably didn’t feel like the perfect parent at times, but that things have turned out OK.

After Booker wrapped up his time, Senate Judiciary Chair Dick Durbin (D-Ill.) took a moment to talk about Booker and his ability to bring out the emotional side in people.

“There are a lot of politicians on this committee, 22 of them,” Durbin said. “There’s only one Cory Booker. And when he does his cross-examination on the human side, I always wait and see, can the witness get through this without a little emotion? There was a little there, as there should’ve been, as he talked about your family and your parents and your children.”

Cotton to Jackson: 'You were sympathetic to a fentanyl drug kingpin'