Britney Spears’ father, Jamie Spears, says he’s not the conservator who’s caused Britney so much “suffering” since the arrangement was put into effect 13 years ago. In court documents excerpted by Page Six on June 30, Jamie claims it’s another conservator, Jodi Montgomery, who “has made all decisions related to” the matters Britney cited as “abusive” in her bombshell hearing last week. In her statement to the judge, the singer, 39, claimed her father and other conservators have told her she may not marry again or have more children and recounted stories of being forced to take medication and perform against her will. Jamie’s documents reportedly point to a romance Britney had more than 10 years ago that he says he OK’d. He also says he’s “been cut off from communicating” with Britney for almost two years (a fact contradicts what Jamie’s lawyer, Vivian Lee Thoreen, said recently on “Good Morning America” about the “many conversations” her client had with Britney in 2020). At her hearing, Britney also described her father’s punishments as overly “harsh,” saying only that Jodi displays “similar behavior,” while seeming to focus on her dad. In Jamie’s new filing, he demands the court “order an investigation into the issues and claims raised by [Britney].” Jodi, responded to the filing by saying she’s “been a tireless advocate” for the singer and has a “care plan” she will present to the court to allow Britney to end the conservatorship, according to People. The next hearing in the case is slated for July 14.

Harrison Ford’s final big-screen turn as Indiana Jones will be delayed yet again by his recent injury, which may be more serious than initially thought, according to The Sun. The 78-year-old star injured his shoulder while rehearsing a fight scene last week. At the time, Disney said in a statement that production would continue as planned, but warned that the schedule would be “reconfigured as needed” once it was clear what kind of treatment the actor required. This week, a source told The Sun that the U.K.-based production on the movie — which was already pushed way back by the coronavirus pandemic — has stopped because of the injury, which an “industry insider” said is “worse than first thought.” The production delay is now likely to be “at least three months,” according to The Sun’s source, who claimed Harrison needs shoulder surgery. “Indiana Jones 5” was previously scheduled for a July 9, 2021, release. Collider later reported the working release date was July 29, 2022 once production began as pandemic restrictions began to loosen. Harrison famously did many of his own stunts for the previous “Indiana Jones” movies. Social media photos from the set of the fifth installment have indicated he’s using a stunt double this time.

RELATED: Check out the best war movies of all time

Timing may not have been everything for new couple Renee Zellweger and “Wheeler Dealers” host Ant Anstead, but it definitely helped. That’s according to a People source who recently explained why the pairing seems to work. “Sometimes two people just meet and click, and the timing is right,” the insider said. “Renée is creative … and often goes for guys who think out of the box. She’s smart, thoughtful and always looking to expand horizons and nurture those around her.” Renée, 52, reportedly met on the set of “Celebrity IOU: Joyride,” which sees Ant, 42, guiding various stars through car renovation projects. “He’s a creative guy with lots of interests, and she likes to write and produce, so they have things to talk about when together,” People’s source added. Ant separated from “Flip or Flop” star, Christina Hack, last year, while Renée was most recently linked to musician, producer and songwriter Doyle Bramhall II.

To the dismay of many of his accusers — and joy of friends like Phylicia Rashad — Bill Cosby was released from prison in Pennsylvania on June 30. The former comic had served just two years of the decade-long prison sentence he received in 2018 after being convicted of drugging and sexually assaulting Andrea Constand in his home. The state’s highest court ruled Cosby, 83, had not been given a fair trial, despite dozens of sexual assault allegations lodged against the star, dating back to 1965. “To every woman who was sexual assaulted by #BillCosby my heart hurts for you today and I am full fury,” Debra Messing posted on social media as the news broke. “It’s horrifying,” she added. “I GUESS 70 WOMEN WERENT ENOUGH,” Rosie O’Donnell posted. Among the few stars who voiced public support for Cosby was Rashad, who played his wife on “The Cosby Show.” “FINALLY!!!!” she shared. “A terrible wrong is being righted- a miscarriage of justice is corrected!”

Ariana Grande is helping to give away $1M in free therapy

Ariana Grande’s spoken openly in the past about how therapy has “saved” her life “many times,” helping her process traumatic events like the deadly bombing at her 2017 concert in Manchester, England, and the death of her ex and close friend, Mac Miller, just one year later. Now, she’s helping fans in need get access to therapy of their own. This week, the singer announced a new partnership with the online mental health support platform Better Help. “Thrilled to be working with @betterhelp to give away $1,000,000 of free therapy !” she shared on Instagram on June 29. The offer matches fans with therapists and covers the first month of sessions for free. Users who continue on with Better Help after that get a discount through the deal. “While acknowledging that therapy should not be for a privileged few but something everyone has access to and acknowledging that this doesn’t fix that issue in the long run, i really wanted to do this anyway in hopes of inspiring you to dip a toe in, to feel okay asking for help, and to hopefully rid your minds of any sort of self judgement in doing so!” the singer continued. She added, “healing is not linear or easy but you are worth the effort and time …” Ariana’s announcement comes less than a week after the Mac Miller Fund announced plans to give 75 $1,000 micro-grants to BIPOC artists in the Pittsburgh area. Mac’s family established the fund after his death to support young artists in underserved communities, as well as organizations working to battle substance abuse among young people in the music industry.

A whole lot of eyes are on Prince Harry and Prince William this week as the brothers plan to put aside their ongoing tensions to unveil a statue honoring their late mother, Princess Diana, on July 1. The princes are each expected to deliver a speech at the event, slated for the Sunken Garden at Kensington Palace, the same estate where William and Harry lived with their mother before her untimely death in 1997. “What you will see is a carefully choreographed show of unity for that day, at least,” a source told Vanity Fair. According to another insider, via the Times, “William is still angry about” Harry’s public statements about the royal family in recent months. But there’s unlikely to be enough time in Harry’s visit from California for the two to engage in much discussion about their seemingly different views of Harry and Duchess Meghan’s decision to step down as senior members of the royal family and move to North America. The Telegraph, meanwhile, reports Harry and William should “be able to have a private moment” before the unveiling, if not an actual meeting. The statue itself is an homage to Diana timed to what would have been her 60th birthday. The gathering is expected to be small because of COVID-19 safety concerns, with Diana’s sisters, Lady Sarah McCorquodale and Lady Jane Fellowes, and her brother, Charles, Earl Spencer, among the guests. Royal sources have told Page Six they expect William and Harry will be civil — if “sad and a little strained” — in honor of their mother.

Nearly one year has passed since Laurence Fishburne told Vulture he “wasn’t invited” back to play Morpheus in the upcoming “Matrix 4.” And it seems he has yet to be filled in on the reason why. In a new interview with Collider pegged to his film, “The Ice Road,” Laurence is asked about his absence “The Matrix” again. “I am not in the next ‘Matrix’ movie,” he says, “… and you’d have to ask [director] Lana Wachowski why, ’cause I don’t have an answer for that.” Laurence’s costars from the previous “Matrix” films, Keanu Reeves and Carrie-Anne Moss, will return as Neo and Trinity. The movie began production last year in Germany and is due out Dec. 22 in theaters and on HBO Max.

In the interest of holding herself accountable, Cheryl Burke opened on YouTube this week about her recent struggles with sobriety. “I’m here to confess that lately staying sober has been a little bit of a challenge for me. And recently I’ve been thinking a lot, I have to admit, about drinking again,” Cheryl says in the clip (via People), adding that she wanted to “confess [her] anxious feelings” in order to avoid slipping after three years without alcohol. Delving into the details of her sobriety, the “Dancing With the Stars” pro explained that she’s felt triggered lately. She went on to recall how a recent vacation with her husband left her remembering “that carefree feeling of being under the sun” while her “husband may have had a glass of champagne …” Before she got sober, Cheryl recalled how “any feelings of doubt, betrayal, uncertainty” were “red flags” because her “go-to is booze, is anything that numbs and gets me out of my head.” Before she signed off, Cheryl allowed that life has been “chaos” for her recently — something she used to be able to handle because she was “numbing through it all.” Today, she said she’s facing the experience of that case and forcing herself to “be uncomfortable.” Looking ahead, Cheryl said she’s “really committed to staying sober” and knows how important it is to be open about the anxiety sobriety comes with. “Some days can be harder than others,” she added. “I know that my feelings are completely normal, so I’m trying not to feel shame or judge myself, but it’s hard.”

James Franco could soon be done with a sexual misconduct lawsuit filed against him in October 2019. On June 30, court documents from February revealed the actor has agreed to pay more than $2 million to the settle the case, in which former students of James’ now-defunct acting school accused him and his business partners of “widespread inappropriate and sexually charged behavior towards female students,” according to Variety. If a Los Angeles judge signs off on the papers, James will reportedly fork over $2,235,000 in the suit. 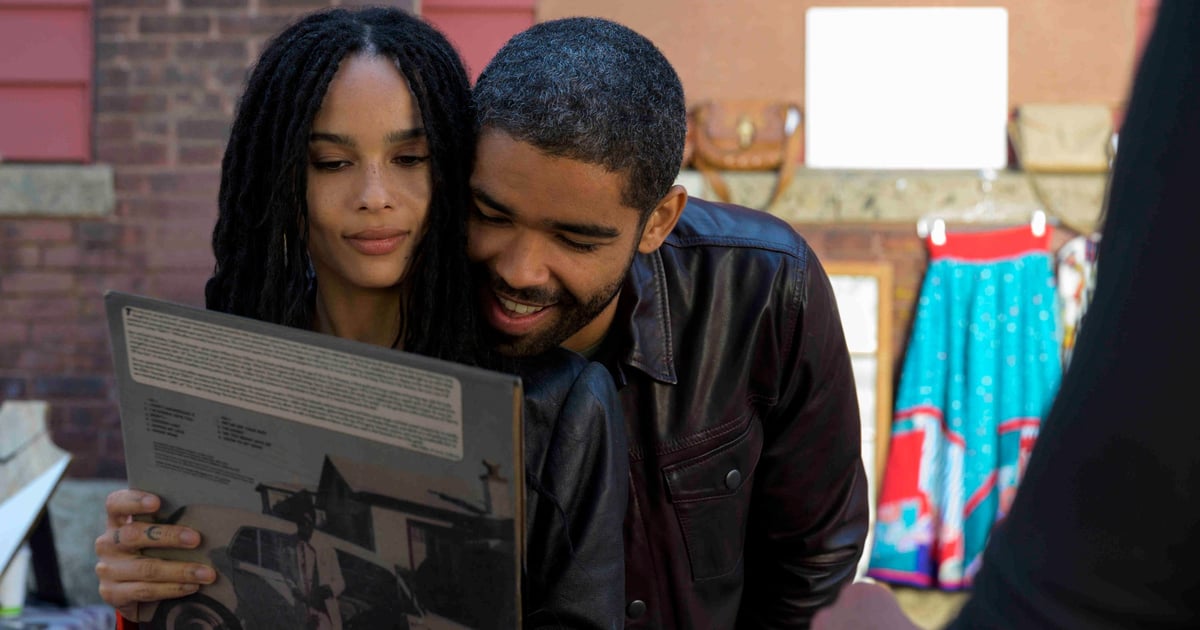 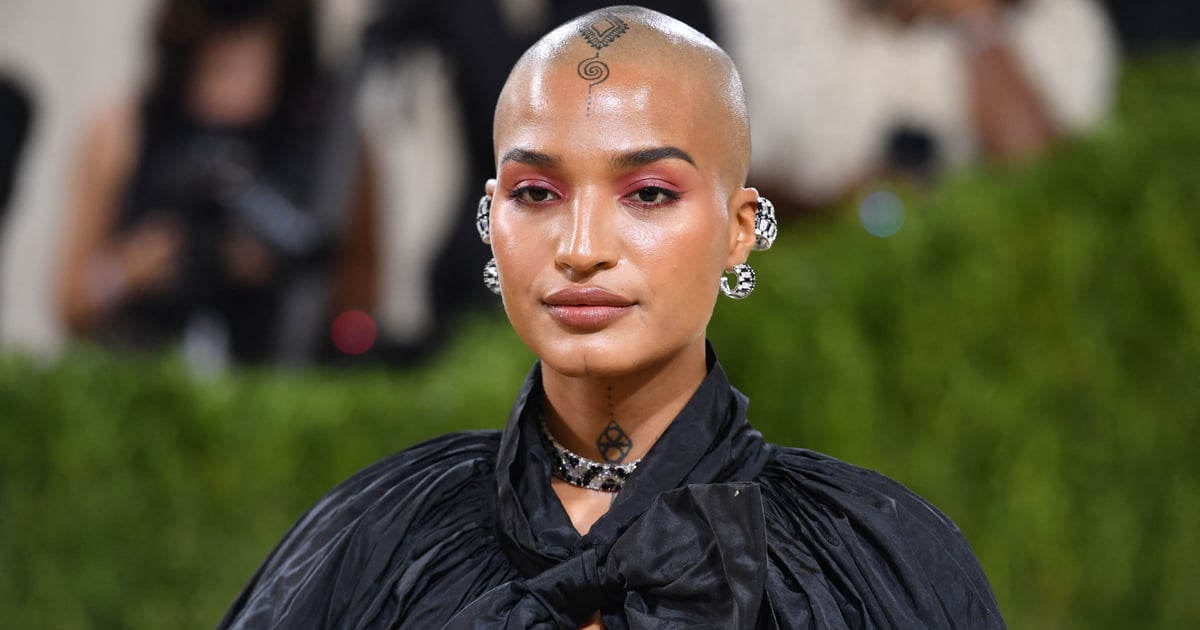