The gasoline-fed monster muscle car of the Cadillac brand, the CT5-V Blackwing, is a legendary vehicle that has made a habit of breaking records. But, for those that have been saving to buy one of these epic cars, the best time is approaching as a recent post on the Cadillac V-Series Instagram has revealed a limited edition Maverick Noir Frost Matte Black paint for the 2023 CT5-V Blackwing.

This isn’t the first time the Blackwing Cadillacs offered matte paint. Recall the limited-run Dark Emerald Frost hue that was offered during the inaugural model year for the high-performance luxury sedans.

There’s not much information on the car beyond the specific paint color, but it looks exquisite on the vehicle, especially with the red brake calipers. The paint job will be available at an extra charge with minimal availability. Speaking of availability, customers will be able to order this special painted CT5-V Blackwing at the beginning of Spring 2023. In fine print on the photo posted on Instagram, the paint will need special care since it’s matte, but that’s a small price to pay for something as unique as this will be.

Under the hood of the Cadillac CT5-V Blackwing is a supercharged 6.2L V8 LT4 engine producing 668 horsepower and 659 lb-ft of torque, overpowering the 640 pony CTS-V that came before it, and foregoes complexities such as hybridization. All of that power is sent to the rear wheels, which is now a rarity in the luxury performance sedan segment with other vehicles running AWD configurations, as well as being electrified, and downsizing their engines.

Compared to other luxury sport sedans, the CT5-V Blackwing is also the superior track star, benefiting from Magnetic Ride Control 4.0, an electronic limited slip differential, and fantastic tires. Recently, the Cadillac CT5-V Blackwing finished the 3.35-mile circuit with a time that gave it the record for being the fastest production sedan at the Dubai Autodrome GP Circuit. That victory might have been achieved, in part, with the help of the rear-wheel drive, which makes the car lighter than the competition.

At Wartime Davos Forum, Calls for European Unity Are Eased by Relief Would You Camp Out To Order A 2024 Corvette E-Ray? The PaxPower Jackal Silverado Gets A Facelift 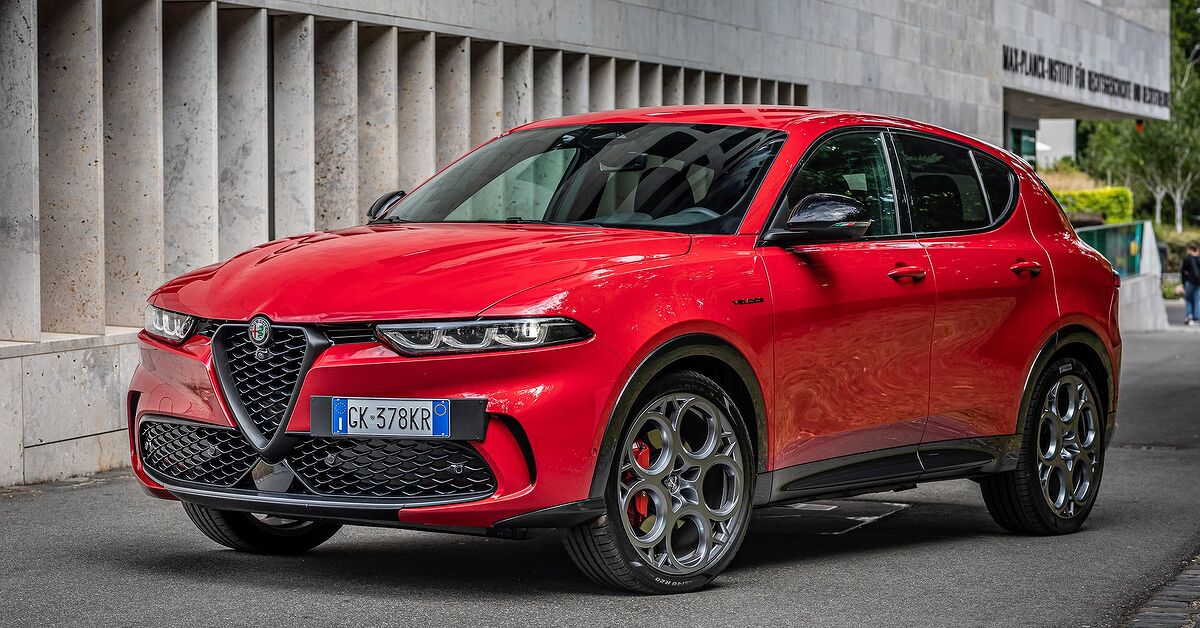 Alfa Romeo is Bumping Tonale Production Due to High Demand