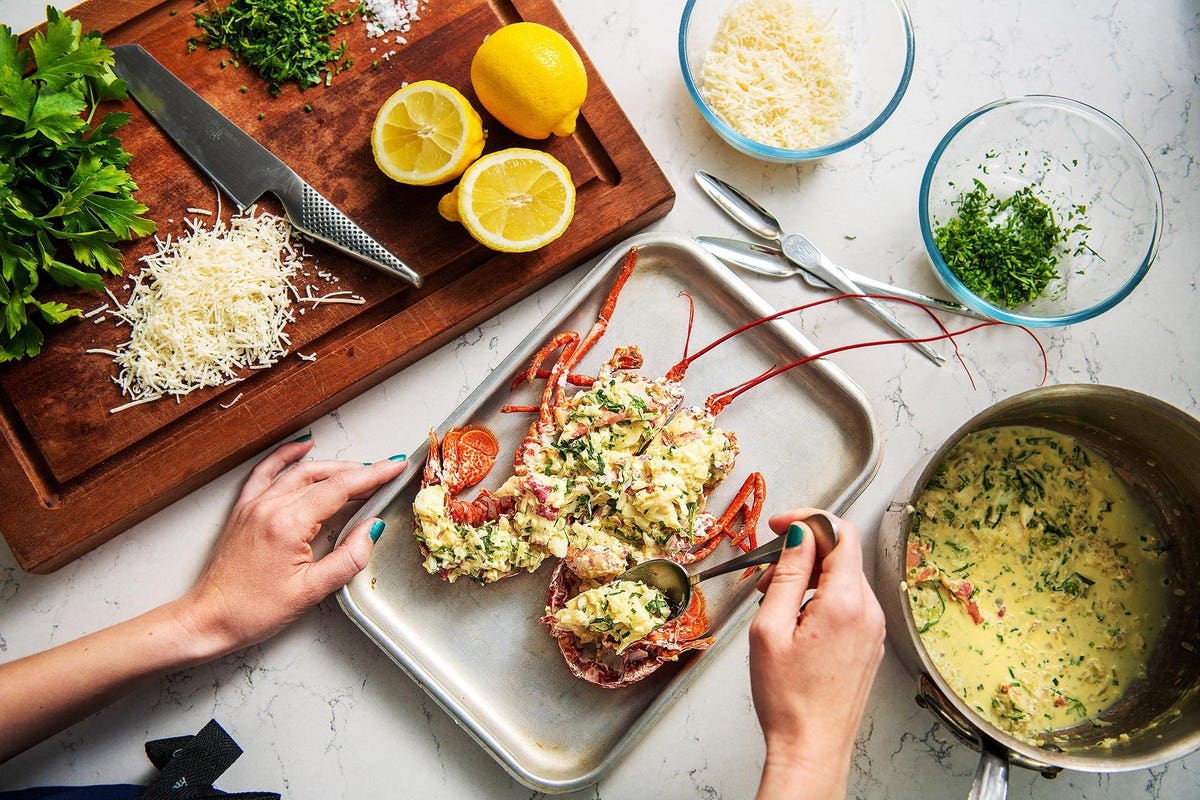 I consider myself fairly capable in the kitchen. A meat maestro. A sauce specialist. Altogether, a passionate cook with a penchant for reinventing restaurant dishes at home.

That is, until it comes to seafood.

While I can crack out a decent baked salmon or fish curry with ease, my sea-sourced recipe arsenal is fairly basic. No competition for the flambéed lobster thermidors, salt-baked turbots, or dover sole à la meunières I’ve enjoyed in restaurants.

Of course, those dishes aren’t as easy to perfect as a great steak, tagine, or taco. Those dishes require ingredients of the highest quality and the skill of a practiced hand. Spending a small fortune sourcing and butchering said ingredients for the sake of experimentation never seemed like the best way to learn.

Thankfully, it’s not the only way. And the discovery of Rick Stein’s Cookery School appeared to be the best for me, personally.

Back in 2000, celebrity seafood chef Rick Stein opened said Cookery School in the small North Cornwall town of Padstow (aka PadStein, where his eponymous company now runs five restaurants), and it quickly gained prestige as one of the best in the country.

Over two decades, it’s become a popular choice for budding chefs, amateurs, and professionals alike, offering one-day courses for holidaymakers and locals, as well as more advanced, longer courses for those with time on their side.

Unfortunately, I am not one of those people, so the one-day Classic Seafood Dishes course (at £225/$270) was the one for me.

Promising to school its participants in a number of time-honoured fish dishes at Stein’s world-renowned Seafood Restaurant, there was simply no better (or more challenging) choice.

Thankfully, from the second I entered the building, chefs Nick Evans and Aaran Lightholder made me feel at ease. Having worked for many of Stein’s restaurants over the last few decades, they were the most confident—and confidence-creating—tutors you could hope for.

Ours was not a class of practiced chefs, but a delightful mix of seafood lovers, novices, couples, and individuals of all ages trying to learn something new. And boy, did we.

Over seven hours we descaled and filleted the fish for a classic fish soup with rouille and croûtons and turned out restaurant-worthy plates of Dover sole à la meunière, a roast tronçon of turbot with hollandaise, and lobster thermidor. Which I think it’s fair to say defied everyone’s expectations.

This was not a ‘grab this prepared fish and add it to a pan’ cooking class. This was a crash course in sourcing; filleting; rouille-making; trimming; skinning; pan-frying; making a beurre noisette; making a hollandaise sauce; humanely killing, cooking and preparing lobster; blow-torching; flavor-balancing, and more.

All in a rather gorgeous state-of-the-art kitchen with marble quartz workstations, to boot.

At the start of each course Evans and Lightholder would demonstrate the key steps at the front of the room —assisted by hand-controlled cameras that allow you to get a magnified view of trickier skills on two overhead screens—before sending us off to make our own.

Thankfully, individual cookbooks that detail every step are provided from the second you arrive (in case you need to double-check anything you’ve been shown) and the chefs make their way across all stations to answer questions (which are inevitable) and lend a hand where needed.

The best part? Every. Single. Thing. We. Created. Was. Delicious.

After each dish was completed, we were invited to sit down and enjoy them ‘en famille’ with a glass of wine. That’s turbot, dover sole, lobster, fish soup, and an incredible plateau de fruits de mer (which is taught as a demonstration before being served).

A meal so decadent it would be worth the course cost alone.

Of course, you don’t want to be driving home after many-a-course on the vino, and the postcard-worthy seaside town is probably worth spending a bit more time in than one day. If you do want to stay the night (and I advise you do), the Stein’s have rooms available at most of their local restaurants as well as new Traditional Shepherd’s Huts at their historic country pub, The Cornish Arms, just a ten-minute taxi away.

In all respects, I couldn’t think of a better way for a seafood lover to spend their time and money. And I now have the ultra-luxe seafood recipe arsenal to prove it.