Heath Ledger is just one of a host of stars who died before their careers — and lives — reached their full potential. To mark the 14th anniversary of his death, join Wonderall.com as we take a look back at more stars we loved and lost too soon… Australian actor Heath was 28 when he died of an accidental drug overdose in his New York City apartment on Jan. 22, 2008 — months after splitting from actress Michelle Williams, with whom he shared a toddler daughter, Matilda. The year after his death, Heath posthumously won an Academy Award for his incredible performance as the Joker in “The Dark Knight.”

Keep reading for more stars we lost too soon…

Disney Channel star Cameron Boyce, who had epilepsy, passed away in his sleep at his home in North Hollywood on July 6, 2019, after suffering a seizure. He was just 20. The coroner later confirmed what his family had already suspected: The star of “The Descendants” died from “sudden unexpected death in epilepsy.”

RELATED: Stars we lost to the coronavirus

Mac Miller, who spoke openly about his drug problems in the past, died from an accidental overdose of alcohol, cocaine and fentanyl at 26 on Sept. 7, 2018. The beloved rapper was found at his home in Los Angeles’s San Fernando Valley by a male friend, who called the police, and was pronounced dead on the scene.

RELATED: What rock stars looked like when they were young

The oldest of five kids raised in the suburbs of Los Angeles, Paul Walker got his start in Hollywood with small parts as a child actor. Soon after, he garnered bigger roles in teen-focused films including “Varsity Blues,” “She’s All That” and “The Skulls” before his career really took off thanks to the “Fast and the Furious” franchise. Paul was also a devoted father to daughter Meadow Rain. His life came to an abrupt end in Santa Clarita, California, on Nov. 30, 2013: The actor was co-hosting a charity car show through his non-profit organization, Reach Out Worldwide, to raise money for victims of a recent Philippines typhoon. Paul climbed into the passenger seat of a Porsche as close pal Roger Rodas got behind the wheel — and within minutes of taking the car out for a spin, they were tragically killed when it burst into flames after crashing just a few blocks away. The beloved actor was 40.

Canadian actor Cory Monteith achieved heartthrob status with his role as Finn on FOX’s hit musical “Glee,” where he also met his girlfriend, co-star Lea Michele. In 2011, the actor said he had been struggling with substance abuse since he was 13, and in April 2013, he announced that he was returning to rehab. At the time, Lea released a statement saying, “I love and support Cory and will stand by him through this.” Sadly, the actor was found dead just three months after leaving rehab in a Vancouver hotel on July 13, 2013. The cause of death was an accidental heroin and alcohol overdose. He was 31.

British singer Amy Winehouse famously led a British soul revival, but — marred by substance abuse problems — she died before she could record a third album. The singer was 27 when she passed away in London on July 23, 2011, from alcohol poisoning.

Swedish DJ Avicii (real name: Tim Bergling) died on April 20, 2018, at 28 while in Muscat, Oman. The two-time Grammy nominee, who shot into the spotlight with hit dance tracks “Wake Me Up” and “Hey Brother,” had retired from touring in 2016 amid mental health and alcohol struggles. It was later revealed he died by suicide. “Our beloved Tim was a seeker, a fragile artistic soul searching for answers to existential questions. An overachieving perfectionist who travelled and worked hard at a pace that led to extreme stress. When he stopped touring, he wanted to find a balance in life to be able to be happy and to do what he loved most — music,” his family later shared in a statement. “He really struggled with thoughts about Meaning, Life, Happiness. He could now not go on any longer. He wanted to find peace. Tim was not made for the business machine he found himself in; he was a sensitive guy who loved his fans but shunned the spotlight. Tim, you will forever be loved and sadly missed. The person you were and your music will keep your memory alive. We love you.”

Bobbi Kristina Brown’s tragic death at 22 eerily paralleled mother Whitney Houston’s passing just three years earlier. The late singer’s only child with R&B star Bobby Brown was placed in a medically induced coma on Jan. 31, 2015, after she was found facedown in a bathtub at her home in the Atlanta area. After being admitted to North Fulton Hospital in Roswell, Georgia, she was moved to Emory University Hospital to receive the top neurological care available in the area, but it later was determined that she should be withdrawn from life support and moved to hospice care. She passed away on July 26, 2015. The coroner determined that there had been marijuana, alcohol, morphine, a cocaine metabolite and medications used for sedation or to treat anxiety in her body and determined the underlying cause of death as “immersion associated with drug intoxication.” Her boyfriend, Nick Gordon, was sued by her estate for allegedly giving Bobbi Kristina a “toxic cocktail” and in 2016 was found liable and ordered by a judge to pay the family $36 million for her wrongful death. In 2020, Nick died from an accidental drug overdose.

Brittany Murphy, who demonstrated great range as an actress with her performances in everything from “Clueless” and “8 Mile” to TV’s “King of the Hill,” was pronounced dead on arrival after suffering from pneumonia and drug-related heart failure in her Los Angeles home on Dec. 20, 2009. Less than six months later, the actress’s widower, Simon Monjack, died of pneumonia-related heart failure in the same home. Brittany was 32 at the time of her passing.

The Spanish-language music star, who released her first album at 12, was fatally shot by Yolanda Saldivar, the president of her fan club, after Selena attempted to fire her for embezzling funds. The singer was only 23 when she died on March 31, 1995.

The popularity of rapper Tupac Shakur, whose album “All Eyez On Me” is one of the highest selling rap albums of all time, has endured despite his death in a hospital six days after he was shot multiple times by still unidentified assailants in Las Vegas on Sept. 13, 1996. Tupac was only 25 at the time of his death.

Echoing the shooting death of his peer and West Coast hip-hop rival Tupac Shakur, rapper The Notorious B.I.G. (real name: Christopher Wallace) was also fatally shot in his car — not even a year later — on March 9, 1997. Like Tupac, the popularity of his music has also persisted to this day. Biggie was 24 at the time of his passing.

Acclaimed actor River Phoenix — who first won over audiences with his performance in “Stand By Me” — died on the sidewalk outside the Viper Room, a West Hollywood nightclub, on Oct. 31, 1993. River was only 23 when he overdosed in the presence of his brother, Joaquin Phoenix, and his girlfriend, Samantha Mathis.

Nirvana frontman Kurt Cobain helped usher in a new era of alternative rock with hits like “Smells Like Teen Spirit.” He’d struggled with depression and substance abuse throughout his time in the spotlight. When Nirvana was at the peak of their fame, a 27-year-old Kurt took his own life in his home in Seattle, Washington, on April 5, 1994.

R&B singer Aaliyah, whose hit “Try Again” made history as the first song to top the Billboard Hot 100 solely based on airplay, died when her plane crashed en route back to the States from a video shoot in the Bahamas on Aug. 25, 2001. An investigation of the crash later indicated that the plane had been carrying too much weight. Aaliyah was only 22.

Just over a year after he narrowly escaped death in a plane crash that killed four other passengers — that only he and drummer Travis Barker survived — DJ AM was found dead in his New York apartment on Aug. 28, 2009, having suffered from a drug relapse. DJ AM (real name: Adam Goldstein), who’d made headlines when he dated stars like Nicole Richie and Mandy Moore, was known for his knack for creatively mixing classic pop songs with hip-hop and heavy metal tracks. He was 36.

Superstar Whitney Houston died at 48 at the Beverly Hills hotel on Feb. 11, 2012, on the eve of the Grammy Awards. The “I Will Always Love You” singer was discovered submerged in water in the bathtub in her room and was pronounced dead at the scene after CPR failed to revive her. While the cause of death was initially unclear, the following month, the Los Angeles County Coroner’s Office confirmed her death was the result of drowning and the effects of “atherosclerotic heart disease and cocaine use,” which she had used shortly before her death. Her memorial service was held in her New Jersey homeland with Stevie Wonder and R. Kelly among the performers.

After a long line of drug and alcohol-related arrests, actor Brad Renfro — widely hailed for his work in his 1994 debut, “The Client” — died of a heroin overdose at 25 in his Los Angeles home on Jan. 15, 2008.

It’s difficult not to draw parallels between the lives of Janis Joplin and Amy Winehouse, as both had big, soulful voices and strong personalities — and both died at 27. Janis, best known for hits like “Me and Bobby McGee” and “Piece of My Heart,” died on Oct. 4, 1970 — the result of a heroin overdose — just 16 days after the death of peer Jimi Hendrix.

As the frontman and principal lyricist of The Doors, Jim Morrison started his career on the Sunset Strip and had great influence on the music scene. He died in his Paris apartment on July 3, 1971, at 27. Though no autopsy was performed because investigators saw no evidence of foul play, it’s widely believed that he died of a heart attack from a heroin overdose.

Legendary singer Prince was found dead at his Minneapolis home on April 21, 2016. He was just 57. The “Purple Rain” hitmaker was considered one of the most inventive singers of his generation. The news was initially reported by TMZ, before being confirmed by his publicist, Yvette Noel-Schure, although no further details were released. Just days before on April 15, the singer had a medical emergency and was rushed to hospital after his private jet was forced to make an emergency landing in Illinois. The next day he appeared in concert and told fans he was suffering from the flu. The seven-time Grammy winner, who was born Prince Rogers Nelson, broke onto the music scene in the late ’70s with the songs including “Why You Wanna Treat Me So Bad?” and “I Wanna Be Your Lover.” His star soared in the ’80s with stellar albums that included “1999” and “Purple Rain,” which won an Academy Award in 1985 for Best Original Song Score. During his career, Prince sold more than 100 millions records.

On June 25, 2009, King of Pop Michael Jackson died at 50 from a cardiac arrest induced by a lethal overdose of propofol and benzodiazepine. The singer fell unconscious at his Los Angeles home and was rushed to the hospital after his personal physician, Conrad Murray, was unable to revive him. The “Thriller” singer, who days before his death had been rehearsing for his comeback tour, was pronounced dead a little over an hour later, sparking a global outpouring of grief. Two years later, his doctor was convicted of involuntary manslaughter for administering Michael the powerful sleep-inducing drug — propofol — that ended up killing him. He was sentenced to four years in prison, but due to overcrowding and good behavior, he was released after serving just two years.

Are you planning to shop from Amazon or Flipkart? Use these apps for great cashbacks- Technology News, Firstpost

Actors who’ve portrayed Jedi in Star Wars — Where are they now? | Gallery 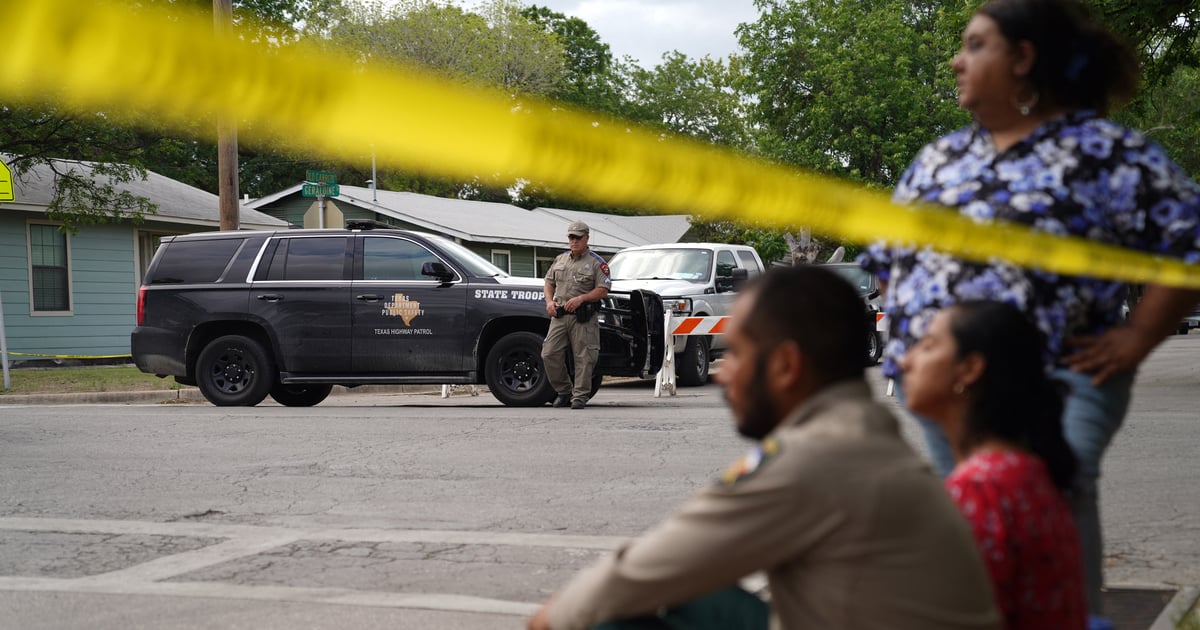 Celebrities and Politicians React to the Texas Shooting 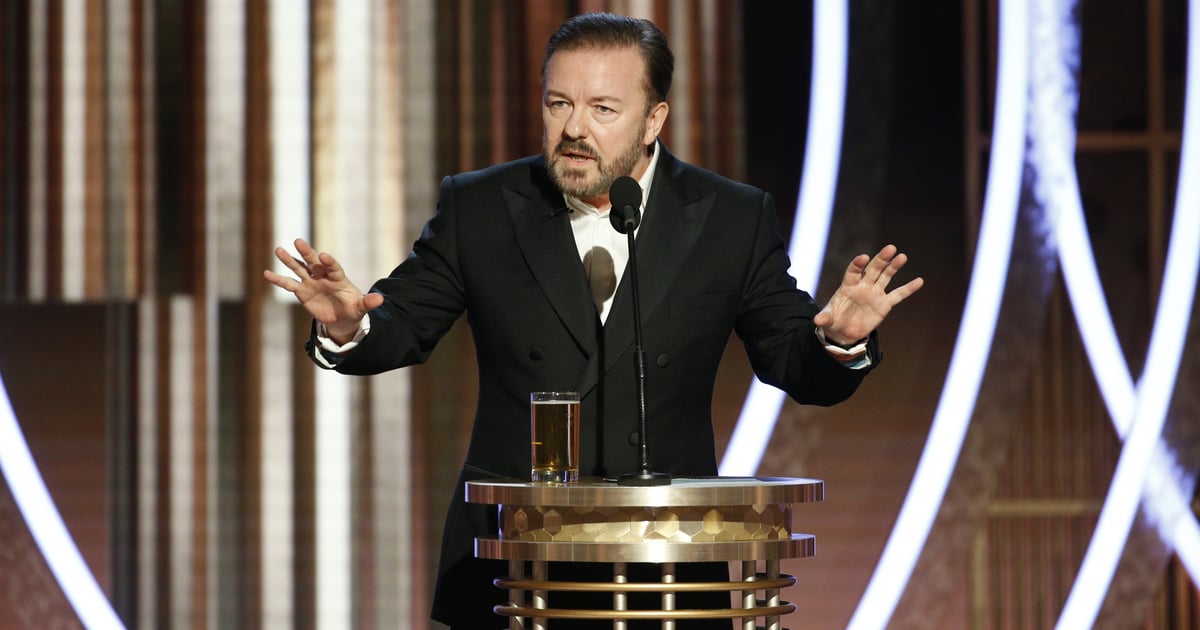