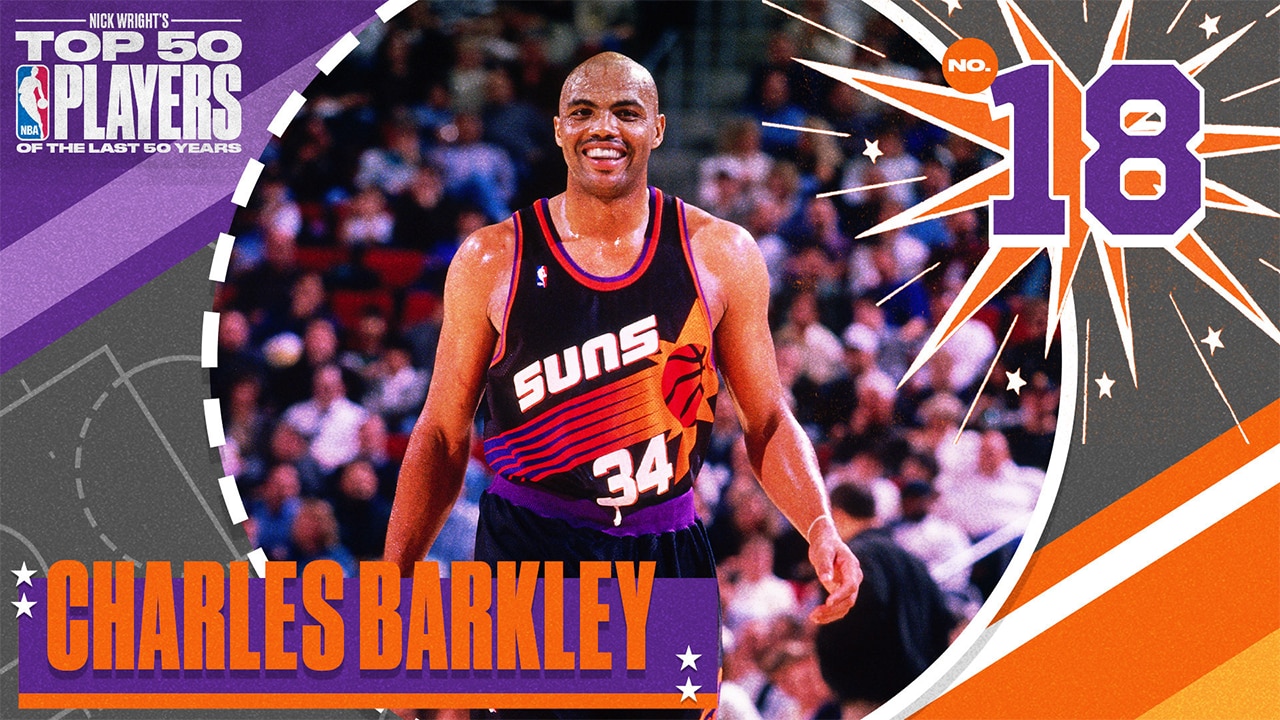 Charles Barkley, one of the best power forwards ever, checks in at No. 18 on Nick Wright’s Top 50 list. A dominant rebounder and low-post scorer, Barkley was the 1993 NBA MVP and registered five First Team All-NBA appearances. Although he never won a championship, Nick notes his postseason résumé is still one of the greatest of all time. Unfortunately, Michael Jordan and Hakeem Olajuwon constantly stood in his way as he chased a title. Ime Udoka suspended: What’s next for Celtics and beyond?