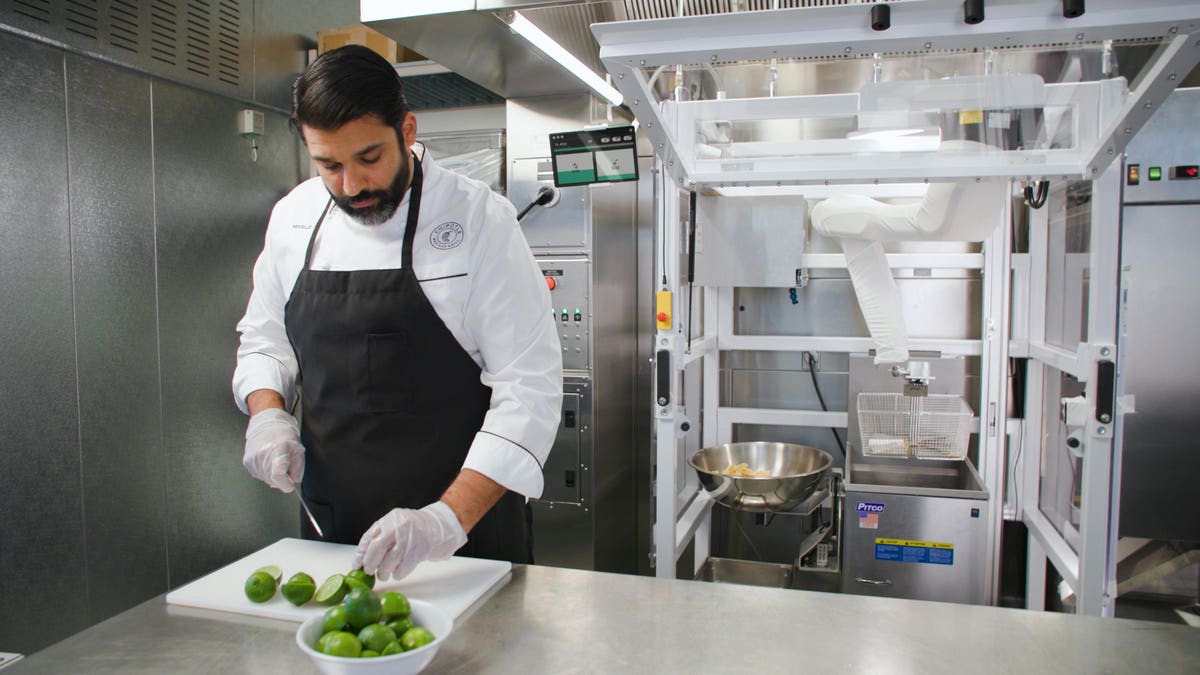 Chipotle shared its tortilla chip recipe on TikTok in 2020, opening up the opportunity for fans to duplicate that recipe at home.

Now the company is exploring whether it can hand off that duty in restaurants to a robot named Chippy.

The plan is to eventually integrate Chippy technology into a Chipotle restaurant in Southern California later this year. From there, the company will lean on employee and guest feedback before developing a broader rollout strategy.

According to a press release, Chippy is the first and only robot that uses artificial intelligence to make tortilla chips.

That said, it’s certainly not the only robotics technology catching the interest of restaurant operators as they work to automate tasks and alleviate labor pressures.

The demand for back-of-house automation is evidenced by headlines throughout the past two years in particular. Perhaps the biggest headline is White Castle’s recent deployment of burger-flipping robot Flippy at more than 100 of its locations. The burger chain is also leveraging Miso’s technology for the test and began testing Flippy in 2020.

Further, Saladworks has been working with Chowbotics to deploy a saladmaking robot called Sally, while Jamba has partnered with autonomous food platform Blendid to automate smoothies.

During a recent interview, Chief Technology Officer Curt Garner said the company is leveraging everything from internet of things to machine learning in an effort to run restaurants more efficiently.

“When you see us leaning into this space, it will be a question of ‘are there better tools to help our crews versus removing a task? … Those are the kind of things we’re looking at,” he said.

Garner added the company’s goal is to enable crew members to focus on other tasks in the restaurant.

It’s worth noting that autonomous technology isn’t just being deployed in the kitchen, but across restaurant operations. Chipotle, for instance, is also testing autonomous delivery through its partnership with Nuro, while delivery bot firm Starship has raised $100 million since January. Earlier this week, Bear Robotics recently secured $81 million to expand its robotics solution, Servi, which busses tables and delivers food and drinks.

Operators were testing the autonomous robot waters before Covid-19, but the pandemic–like all things tech-related–accelerated the space as operators scrambled to find efficiencies. Simultaneously, customers were growing more used to such technologies and came to expect contactless solutions.

Perhaps the biggest draw, however, is the labor-saving component. Autonomous delivery, for instance, frees up the need for a driver which could help cut some of the steep costs that have hindered the delivery model.

Along those labor lines, Chipotle makes a lot of tortilla chips and Chippy can ease that tedium in the kitchen.

According to the National Restaurant Association’s 2022 State of the Industry report, operators expect labor shortages to continue this year and most (including 78% of quick-service operators) plan to leverage automation to help fill those gaps. Two-thirds of restaurant operators say technology and automation will become more common this year.

Chippy could undoubtedly drive the technology closer to a tipping point. If the technology clears Chipotle’s “stage-gate” testing process, it has the potential to rollout out to the chain’s 3,000-and-growing footprint.