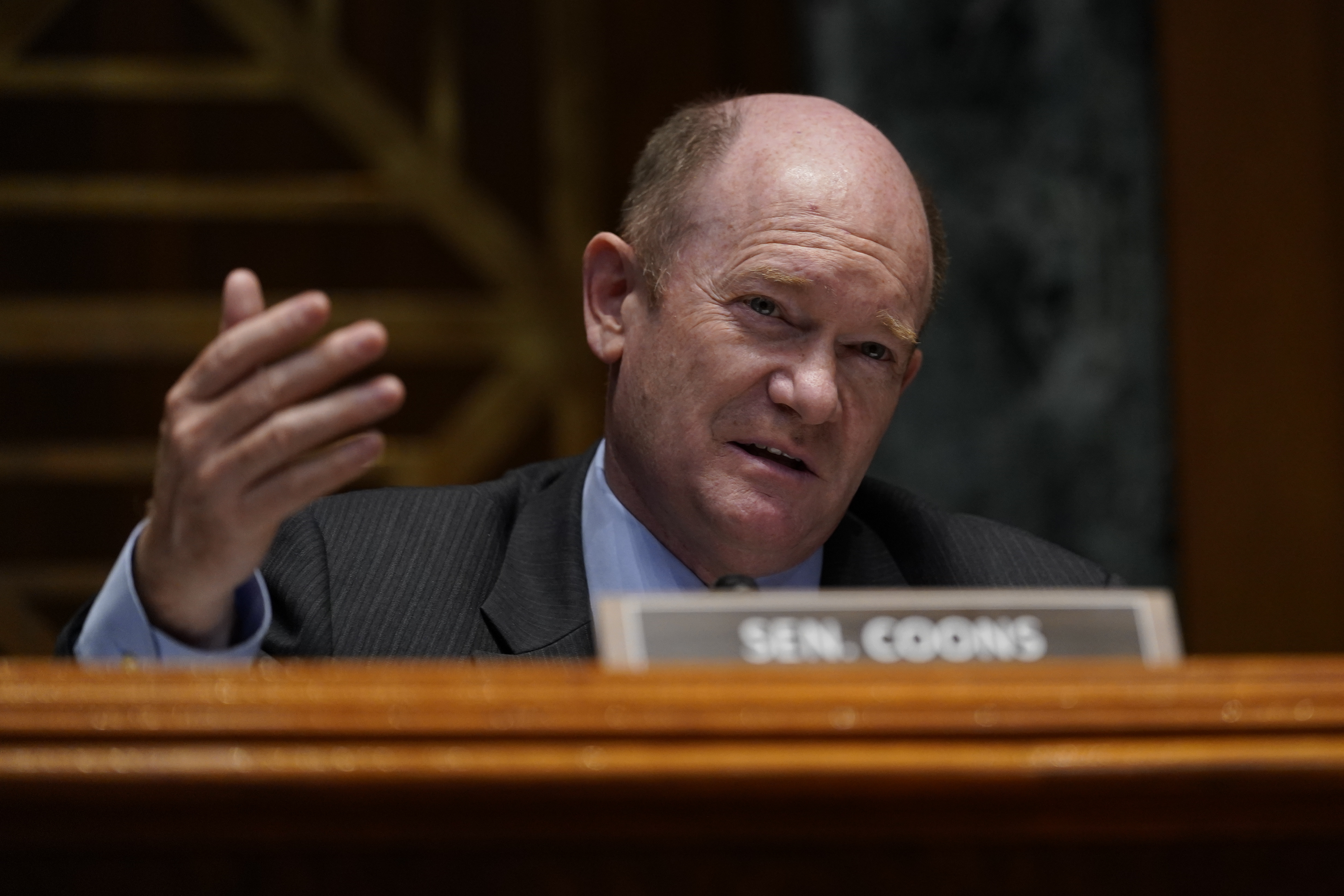 There’s also been picketing at the homes of justices in anticipation of a pending Supreme Court ruling on abortion.

“We have to strike the right balance here between protecting freedom of speech in this country and ensuring that our justices and judges are safe,” Coons said.

The Delaware senator connected the threat to Kavanaugh with other ugly situations, including the rhetoric showcased in Thursday’s televised hearings on former President Donald Trump and the Jan. 6 Capitol riot.

“I certainly have denounced this latest threat against Justice Kavanaugh,” he said. “But it’s important that we remember there are threats of political violence of many kinds and types. Folks who are watching this morning who didn’t watch the January 6th hearing should take a few moments and review what Congresswoman Liz Cheney, an unimpeachably conservative Republican from Wyoming, had to say in her opening statement. I think there are risks of political violence we should all be speaking out against.”

Baier asked about a March 2020 statement by Sen. Chuck Schumer, now the Senate Majority Leader, in which he assailed Kavanaugh and Justice Neil Gorsuch, saying: “You have released the whirlwind and you will pay the price. You won’t know what hit you if you go forward with these awful decisions.”

Coons distinguished Schumer’s remarks from Trump’s remarks on Jan. 6, 2021, but also said everyone would be better off if political rhetoric was calmer and cooler.

“I think all of us need to reduce the level of our rhetoric and be mindful of the fact that stirring up potential violence is not a good or constructive thing to be doing at this moment in our country by any political leader,” he said.