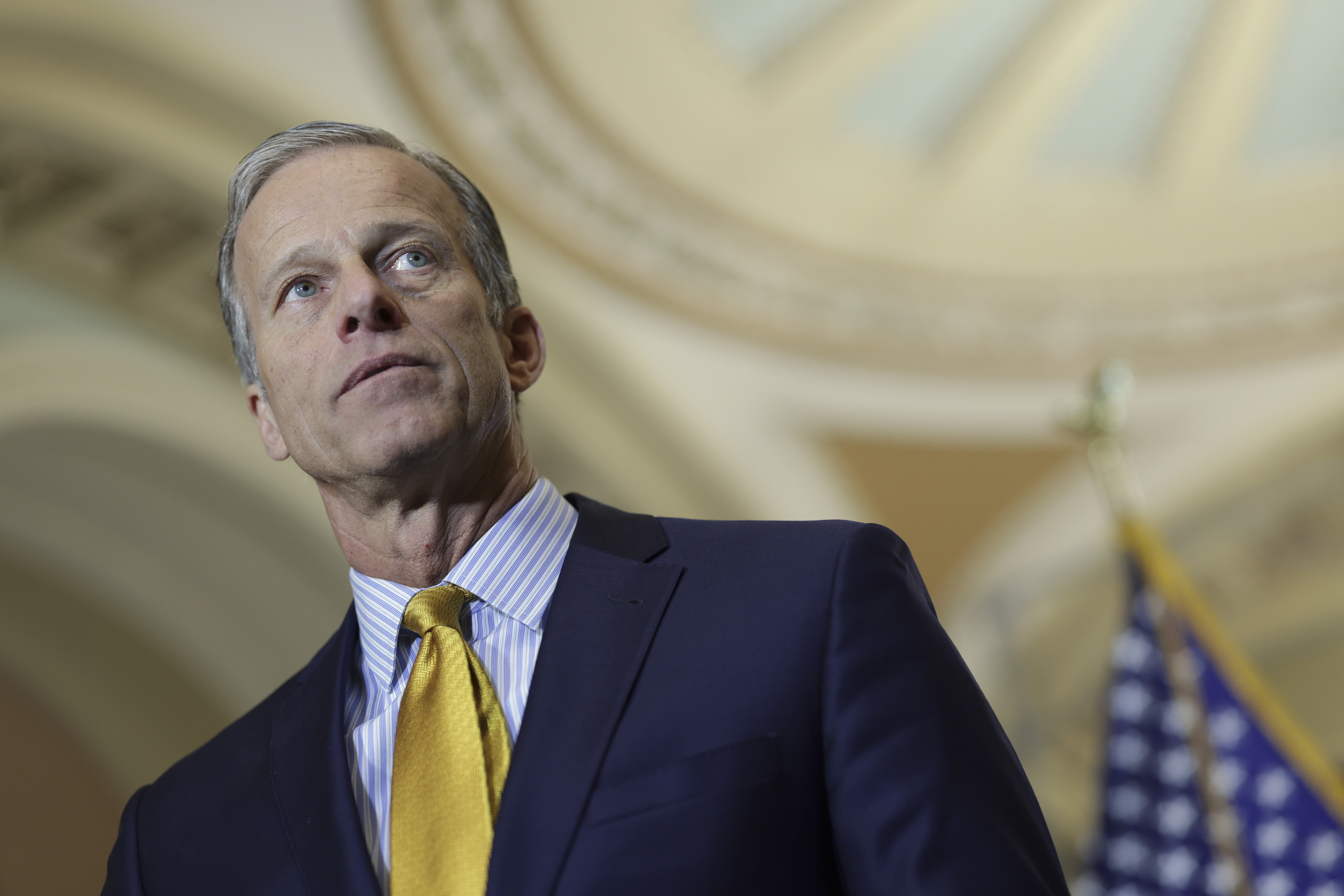 “It would be a tragedy for Ukraine to have bought all this time with our help, only to lose the initiative now,” Thune said on the floor.

Once leaders hash out final text, the legislation is expected to easily pass both chambers. But top Democrats’ decision to forgo adding $10 billion in Covid health funding to the package — at Republicans’ insistence — has caused consternation among the majority party, since the funding for testing, therapeutics and vaccines now faces an uncertain path to final passage.

The Covid package might finally clear Congress on its own, however, after two Senate Democratic leaders said they are willing to give Republicans a vote on a controversial immigration policy that has stifled movement of the unrelated pandemic funding bill for more than a month.

Under the Ukraine aid plan, the nearly $40 billion total lawmakers are considering goes beyond Biden’s request almost two weeks ago for $33 billion, a sum that was already expected to be transformative for both the Ukrainian military and NATO allies and amounts to more than 5 percent of the United States’ entire national security budget of $782 billion.

Despite the boost to Biden’s proposal, Republicans argue more is still needed to adequately help Ukraine beat back the Russian invasion.

“Do I think this will be the last round? No, I think we’ll be doing this again,” Graham said. “Who knows where we’re going to be two months from now, three months from now. As long as they’re willing to fight, we need to help.”

The president’s original request included billions to arm Ukraine and finance higher troop levels in Europe, as well as restock military inventories of weapons that were sent into the fight against Russia. The White House estimated its request would bolster Ukraine through the next five months of the unfolding conflict.

“From what I understand, it’s not enough,” said Sen. Jim Inhofe of Oklahoma, the top Republican on the Senate Armed Services Committee, during a brief interview Tuesday.

Amid the last-minute jostling over final text of the emergency aid package, a bipartisan group of senators pushed for the bill to allow the United States to seize and sell the assets of Russian oligarchs as a way to pay for humanitarian efforts in Ukraine.

Congress should “unleash” the power of the Justice Department to grab that cash. “We’d be crazy not to have strong oligarch provisions in this bill,” Graham said. “Why should the American taxpayer bear this burden?”

These are the most popular 2022 Corvette Stingray Color Choices