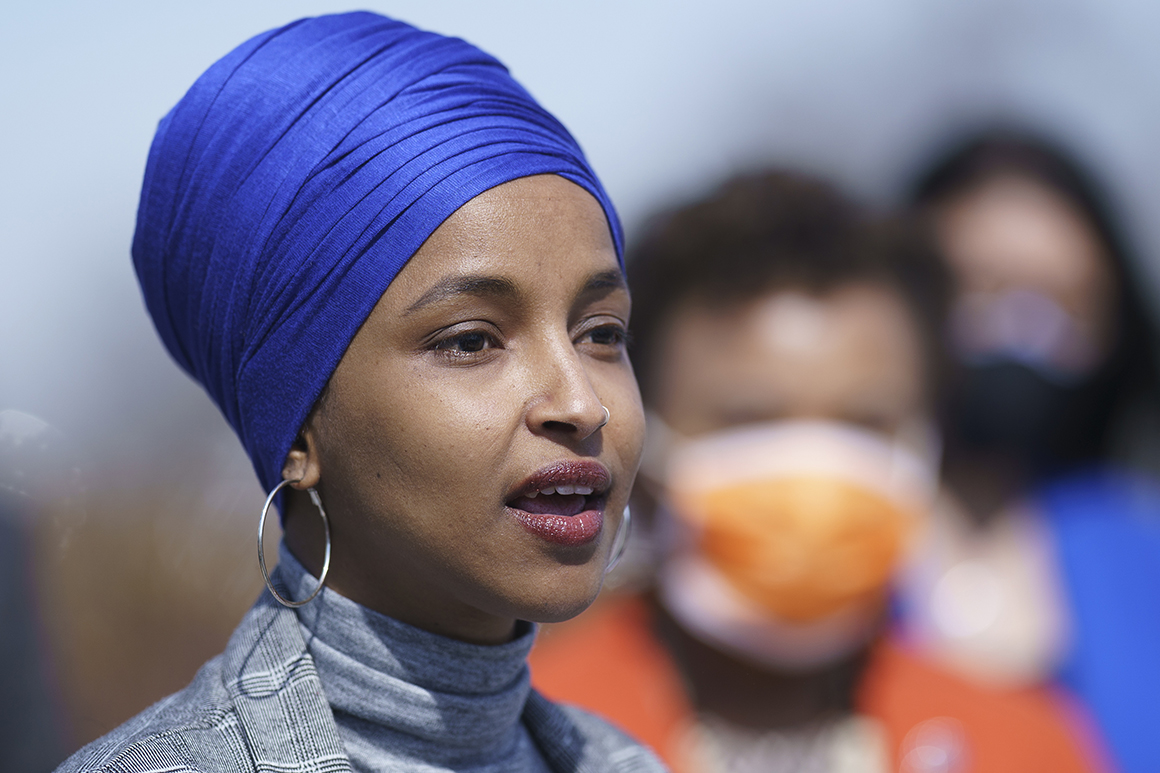 “We have seen unthinkable atrocities committed by the U.S., Hamas, Israel, Afghanistan, and the Taliban,” Omar added. “I asked @SecBlinken where people are supposed to go for justice.”

After calls from fellow Democrats to clarify her statement, Omar said her conversation with Blinken was about “accountability for specific incidents” under investigation by the International Criminal Court. “I was in no way equating terrorist organizations with democratic countries with well-established judicial systems,” she said.

Republicans have pushed for Omar to be censured or removed from the House Foreign Affairs Committee. But it isn’t so simple for the GOP — they have their own lighting rod on their hands.

Rep. Marjorie Taylor Greene (R-Ga.) has come under fire after comments in which she compared Covid-19 regulations to the Holocaust. Greene apologized this week after touring the Holocaust Museum, telling reporters that her past comments about Jewish people and Nazi Germany were “offensive” and “hurtful,” adding that she was “truly sorry.”

While Republicans and Democrats face off over controversial members of their respective parties, one Omar ally said on Wednesday that there was no comparison.

“[Omar] should not be mentioned in the same breath as Marjorie Taylor Greene, in my view,” Rep. Pramila Jayapal (D-Wash.) said.