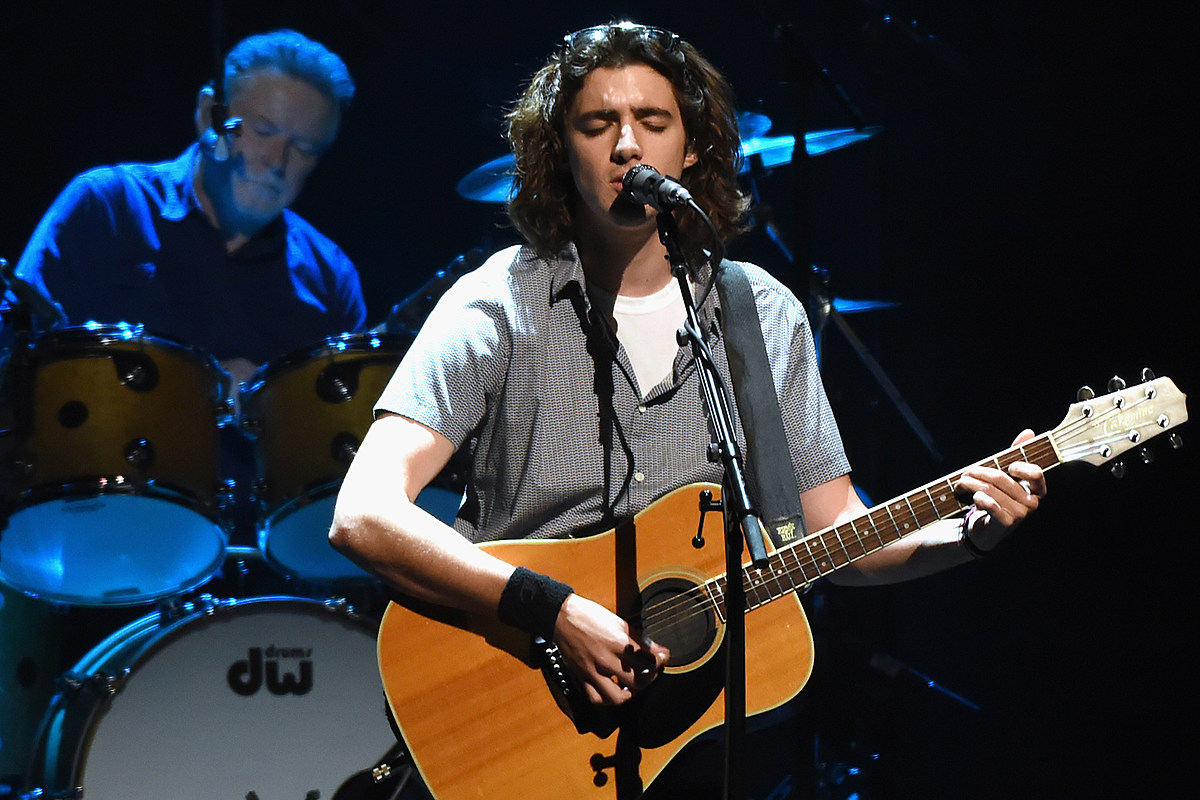 The Eagles were down a man when they resumed their Hotel California tour Feb. 19 in Savannah, Ga. Deacon Frey, son of founding member Glenn Frey, who has been performing with the band since his father’s death, was not with the group — and it sounds like his absence will extend to future dates.

“Due to illness, Deacon Frey will not be performing with the Eagles during their ‘Hotel California 2022 Tour’ kicking off Saturday, February 19th at the Enmarket Arena in Savannah, Georgia,” the band announced via a post to Facebook. “Deacon’s bandmates will take over his tour duties in his absence. Deacon rejoining the band for performances will be based on his recovery and doctor’s recommendations.”

Further details on the severity of Frey’s illness were not provided.

The 26-year old musician has been praised for his work with the Eagles since joining the band in 2017. In a twist of fate, it was the young rocker’s performance of “Peaceful Easy Feeling” at his father’s memorial service that initially caught Don Henley’s attention. “As difficult as that might have been, he was so brave and composed,” Henley later explained. “I’m sure, on the inside, he was churning. After a few months went by I thought, ‘Why not see if he would like to be in the band?”

Had things not worked out with Deacon, it’s possible the Eagles would have stopped touring entirely.

“The only way it felt justified to me was to have family blood in the band,” Henley noted. “And I have to hand it to Deacon. He had done some gigs with his father – private parties, in front of maybe 200 people. To go from that to 50,000 people is extraordinary. I don’t know many people who could have done that without freaking out.”

The Eagles’ Hotel California tour is scheduled to run through May 25. The band is then slated to head to Europe for a short run of performances.

The Eagles have been rightly praised for their canny combining of Glenn Frey’s city-slicker R&B with Don Henley’s country-fried rockabilly.