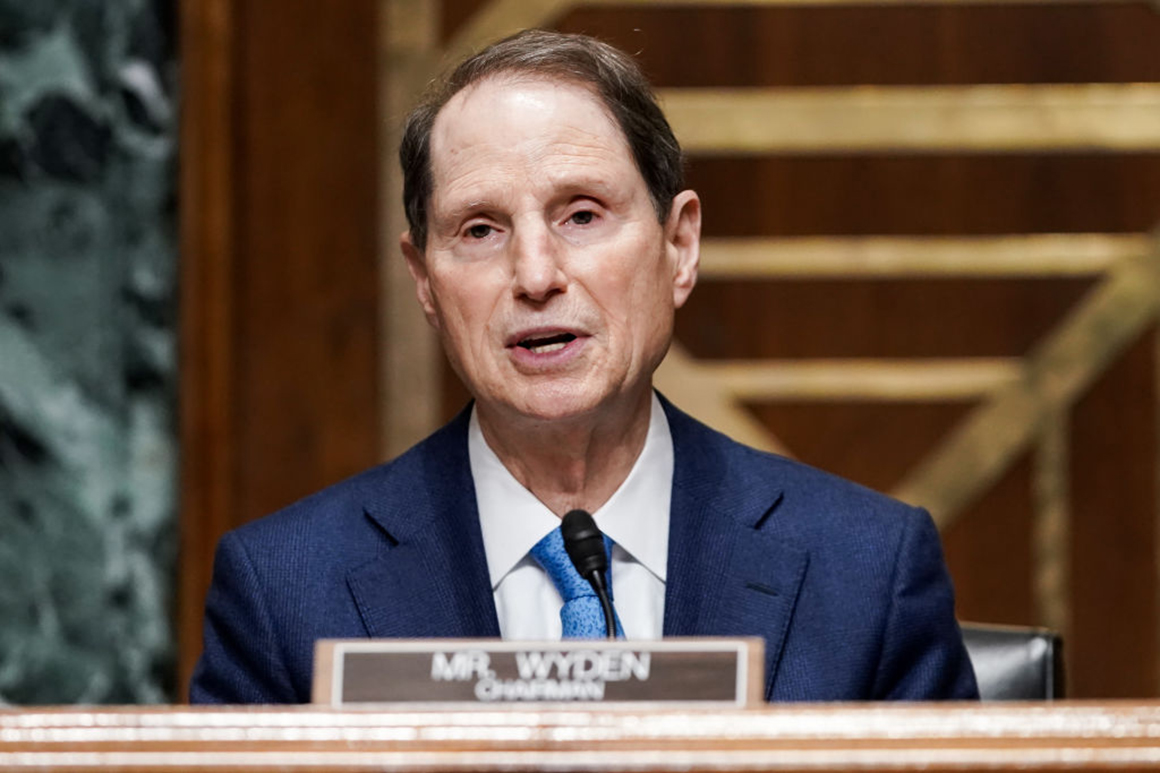 “It is pushing it. All we can do is try,” House Budget Chair John Yarmuth (D-Ky.) said after the chamber voted last week to lock in the Sept. 27 infrastructure deadline.

“We’re trying to kind of pre-conference this to the greatest extent” to minimize House-Senate divergence, he added.

House Democratic leaders have not started preparing their members for the possibility that the social spending bill won’t be finished when the chamber votes on the infrastructure bill by Sept. 27, vowing they will get it all done through sheer force of will.

House committees kick off markups on Thursday to begin churning out the pieces of the final spending package, even as intraparty arguments continue privately over what exactly to include in the legislation. Democratic leaders, senior lawmakers and aides are scrambling behind the scenes to settle the types of major policy disputes that would normally take months or years to be resolved.

Senate Finance Chair Ron Wyden (D-Ore.), who is in charge of drafting the largest piece of the spending plan, described it as “a vastly bigger effort” than enacting the pandemic aid package in March. That Covid relief bill used the same filibuster-proof reconciliation process Democrats are now using to pass their social spending plan without Republican support.

Democrats are still haggling over several major issues, including when to sunset popular provisions in the coming years to fit within the $3.5 trillion cap they have set for themselves. Top Democrats have privately aired worries that a dizzying array of different end dates for various programs in the coming years could come back to haunt the party if Republicans control Congress or the White House and refuse to extend those policies.

For example, Democrats are currently debating when to set the expiration of a popular expansion of the child tax credit they passed in the pandemic aid bill. Some Senate Democrats are pushing for 2024, while their House counterparts argue that robs the party of any leverage it would have when a slew of Trump-era tax provisions expire the next year, in 2025.

Senior Democrats are also tussling over a much bigger issue — Senate Budget Chair Bernie Sanders’ (I-Vt.) push to expand Medicare to include vision, dental and hearing benefits. The dental plan in particular could cost hundreds of billions of dollars and may not be implemented for up to five years, coming at the cost of what some Democrats see as their best chance to permanently strengthen Obamacare and score a political win in the 2022 midterms.

Even once those disputes are resolved, the Senate parliamentarian will shape the endgame by almost certainly forcing Democrats to make further tweaks, a core feature of the reconciliation process they’re using to bypass the Senate filibuster.

“It takes an immense amount of focus on detail and scrubbing,” Wyden said. “It’s a lot of heavy lifting.”

All year, Democrats have laid the groundwork for enacting the $3.5 trillion proposal, releasing detailed outlines and marking up bill text for many of the provisions they plan to tie together. That includes the proposal Wyden’s panel approved in May to revamp clean energy incentives and the framework he and other Senate leaders released last week to hike taxes on corporations’ foreign profits.

“Nobody is gonna be surprised at a lot of what we’re offering up for consideration,” Wyden said.

Further complicating Democrats’ fast-track plan is the slew of critical deadlines coming at the end of the month, including funding the government, raising the debt ceiling and a promised House vote on the Senate-passed bipartisan infrastructure bill by Sept. 27.

Acknowledging the potential for missing those marks, Democrats in both chambers have already started casting blame on their colleagues across the rotunda.

One senior Democratic aide said the action is really centered in the House now after weeks of breakneck Senate action, stressing that the party can move expeditiously when it needs to. This aide pointed to swift passage of Biden’s $1.9 trillion Covid rescue plan earlier this year as well as last month’s multitrillion-dollar budget measure.

But another senior Democratic aide pushed back against that assertion, noting that the House had a big moment when it passed its budget last month and adding that both chambers are working closely with the White House to finish the social spending bill on time.

Republicans are amused by the power struggles the mega-legislation has exacerbated between House Democrats and their peers in the Senate.

Allowing the Senate to take the lead in negotiating the bipartisan infrastructure plan “tells you how anxious” Pelosi is “to get this legislation through,” Rep. Tom Cole (R-Okla.) said in an interview.

“The fact that we did a $1.2 trillion infrastructure bill with essentially very little input from the House — it was an institutional surrender to the Senate,” he added.

House Democratic leaders hoped that locking in the infrastructure bill deadline would intensify pressure to advance the social spending plan simultaneously. But so far, the move has only seemed to harden the long-running standoff between the party’s moderates and progressives about just how big and bold to go while Democrats control all levers of power in Washington.

Progressives are vowing not to support the Senate-passed infrastructure bill later this month if the social spending plan is not teed up for a vote at the same time. Moderates, meanwhile, insist they won’t support the up-to-$3.5 trillion bill unless leadership holds firm to its Sept. 27 commitment.

Republicans argue that the sense of urgency Democratic leaders are fostering will help them pressure wary moderates into acquiescing to the social spending bill, as Republicans promise united opposition.

“The speaker is going to move at light speed and insist her conference vote in lockstep to do it,” said Rep. Kevin Brady (R-Texas), his party’s top member on the House Ways and Means Committee. “The most extreme liberals among the House Democrat caucus will succeed in linking and holding hostage infrastructure to the tax-hikes-and-spending bill.” 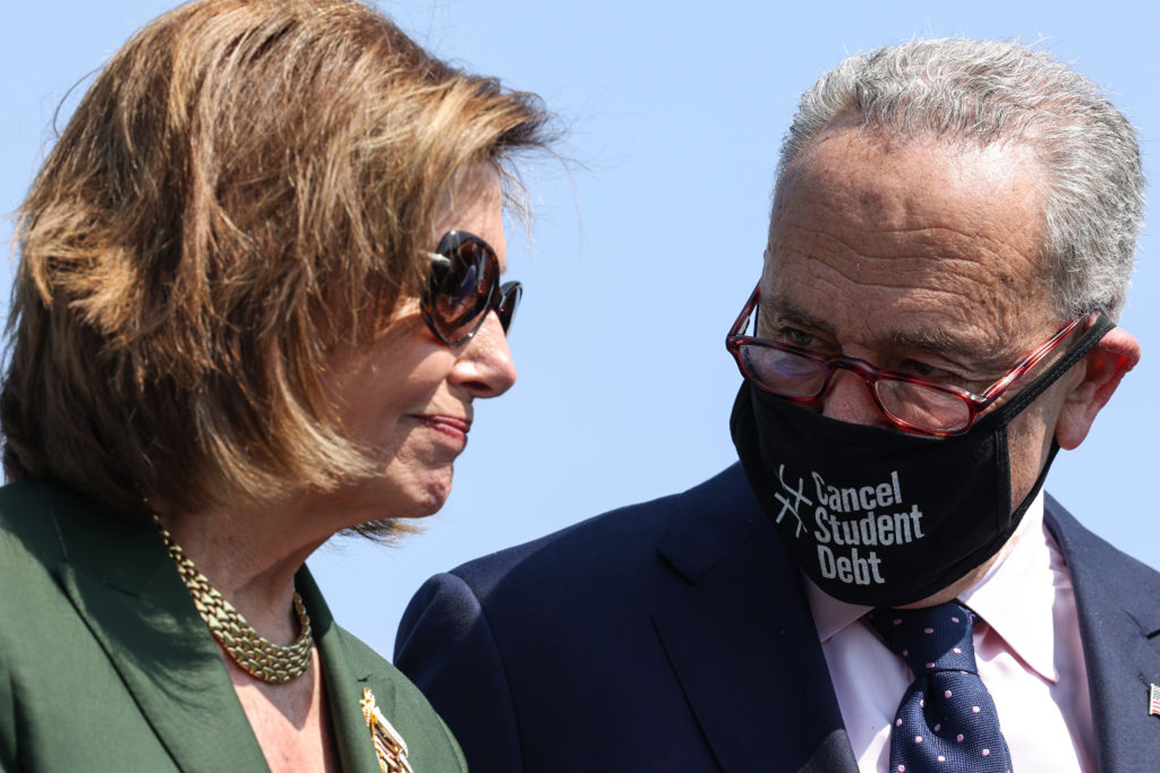