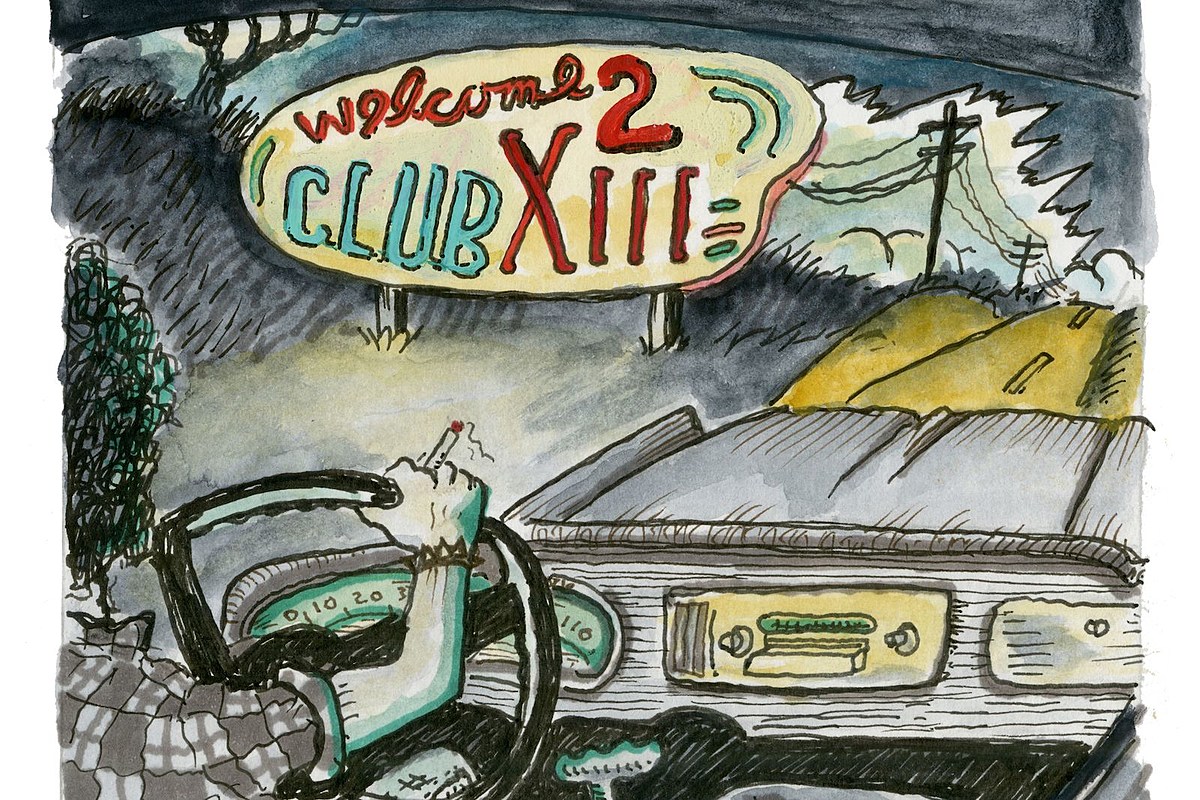 Drive-By Truckers have announced the release of their 14th album, Welcome 2 Club XIII, on June 3.

The song “Welcome 2 Club XIII” is a nod to the band’s early days, before the group was even formed.

“There were no cool bars in town, and Club XIII was the best we had,” singer and guitarist Patterson Hood said in a press release. He and bandmate Mike Cooley played the venue when they were still performing in their earlier band Adam’s House Cat. “But it wasn’t all that good, and our band wasn’t particularly liked there. From time to time the owner would throw us a Wednesday night or let us open for a hair-metal band we were a terrible fit for, and everyone would hang out outside until we were done playing. It wasn’t very funny at the time, but it’s funny to us now.”

You can hear the album’s title track below.

Welcome 2 Club XIII, which was produced by longtime collaborator David Barbe, features a handful of guest appearances, notably R.E.M.’s Mike Mills and singer-songwriter Margo Price. Rounded out by keyboardist and guitarist Jay Gonzalez, bassist Matt Patton and drummer Brad Morgan, Welcome 2 Club XIII was recorded live with most songs cut in just one or two takes. A full track listing can be seen below.

“Cooley and I have been playing together for 37 years now,” Hood said. “That first band might have failed miserably on a commercial level, but I’m really proud of what we did back then. It had a lot to do with who we ended up becoming.”

When It Comes to AI, Can We Ditch the Datasets? Using Synthetic Data for Training Machine-Learning Models