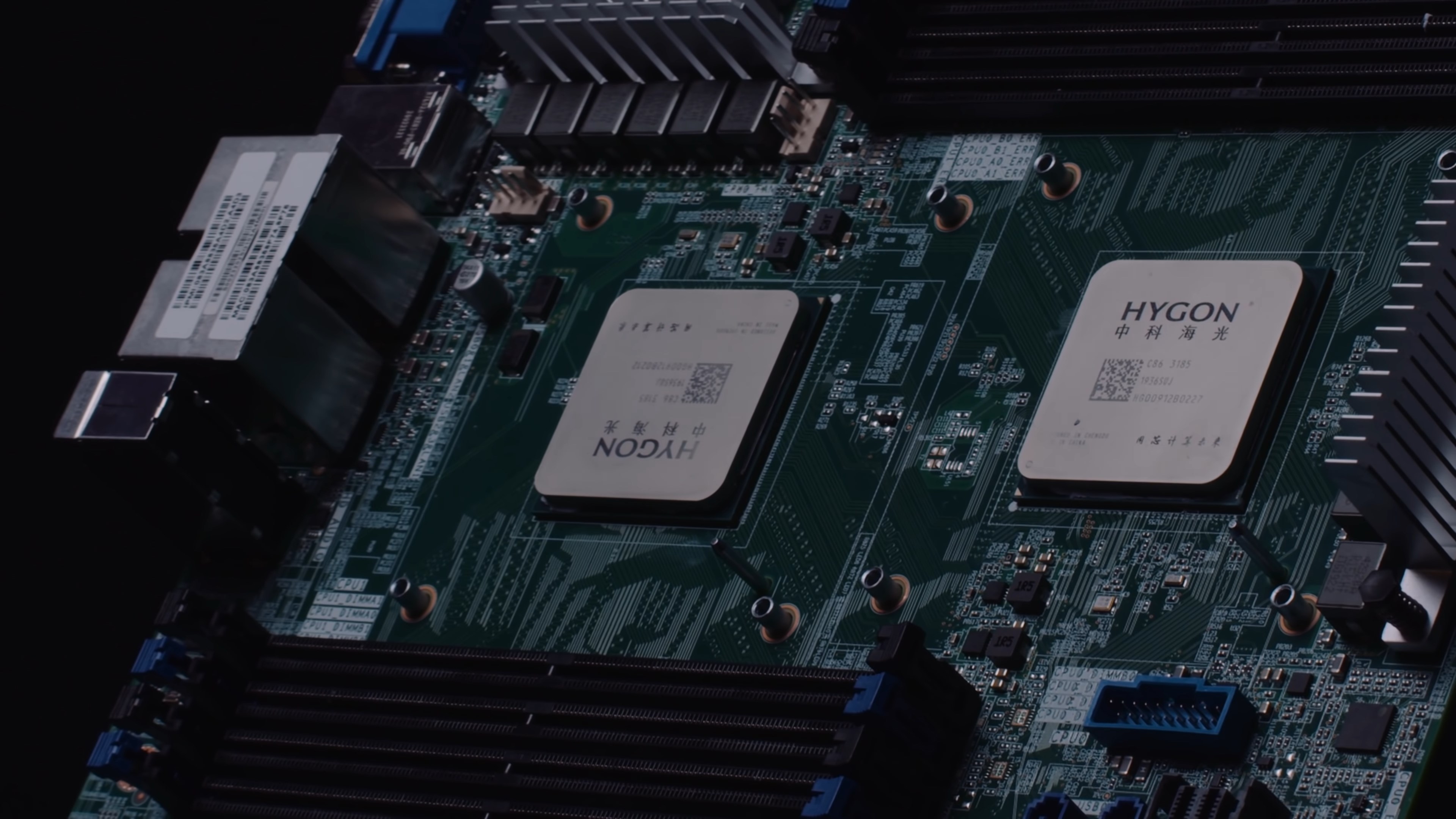 Chinese tech YouTuber EJ Hardware has benchmarked a pair of Hygon C86 3185 processors, which are rarely seen outside of China. The Zen-based chips were product of AMD’s joint venture with Hygon where the latter obtained x86 and SoC IP licenses to develop chips for the Chinese market.

Hygon’s C86 series consists of both 14nm mainstream and server processors, meaning there are chips spanning from four up to 32 Zen cores. If you google them, you’ll see that Hygon’s C86 processors are physically identical to AMD’s Ryzen and EPYC processors. In fact, the Chinese-made chips should slot into the same AM4 and SP3 sockets, but in the majority of the cases, the processors are soldered to the motherboard.

EJ Hardware probably pulled the motherboard with the Hygon processors out of a W550-H30 workstation system. The motherboard housed two C86 3185, amounting up to 16 total Zen cores. On the contrary, the Ryzen 5 5600X wields six Zen 3 cores, running at a 3.7 GHz base clock and 4.6 GHz boost clock. The hexa-core 7nm chip also has double the L3 cache as the C86 3185 with a 30W lower TDP.

Being a server motherboard, there were certain caveats. For one, the memory frequency is locked at DDR4-1866 so memory performance was below average. There weren’t any options to configure the memory for a higher frequency. Since the chips are soldered to the motherboard, EJ Hardware couldn’t just rip them out and stick them in a B450 motherboard, either.

The Ryzen 5 5600X dominated in single-core performance as expected. The hexa-core processor is equipped with Zen 3 cores after all whereas the C86 3185 is still on the first-generation Zen cores.

EJ Hardware’s gaming tests showed that the C86 3185 chips, at least in a two-fold configuration, have good gaming performance. When paired with a GeForce RTX 3080 Ti, the processors had no problem delivering excellent frame rates at 1080p and 4K resolution. The Hygon processors only struggled in Cyberpunk 2077.

EJ Hardware’s results are testimony to Zen 3’s prowess. It basically takes two gimped Ryzen 7 1700X in tandem to beat a Ryzen 5 5600X in multi-threaded workloads, and the margin wasn’t even very significant. The single-threaded performance between Zen and Zen 3 was night and day, though. However, China isn’t chasing after performance, but instead, the country aims to achieve technological self-sufficiency.

The story of Elizabeth Holmes now belongs to the jury

Lamar Jackson 'has a chance' to play vs. Packers