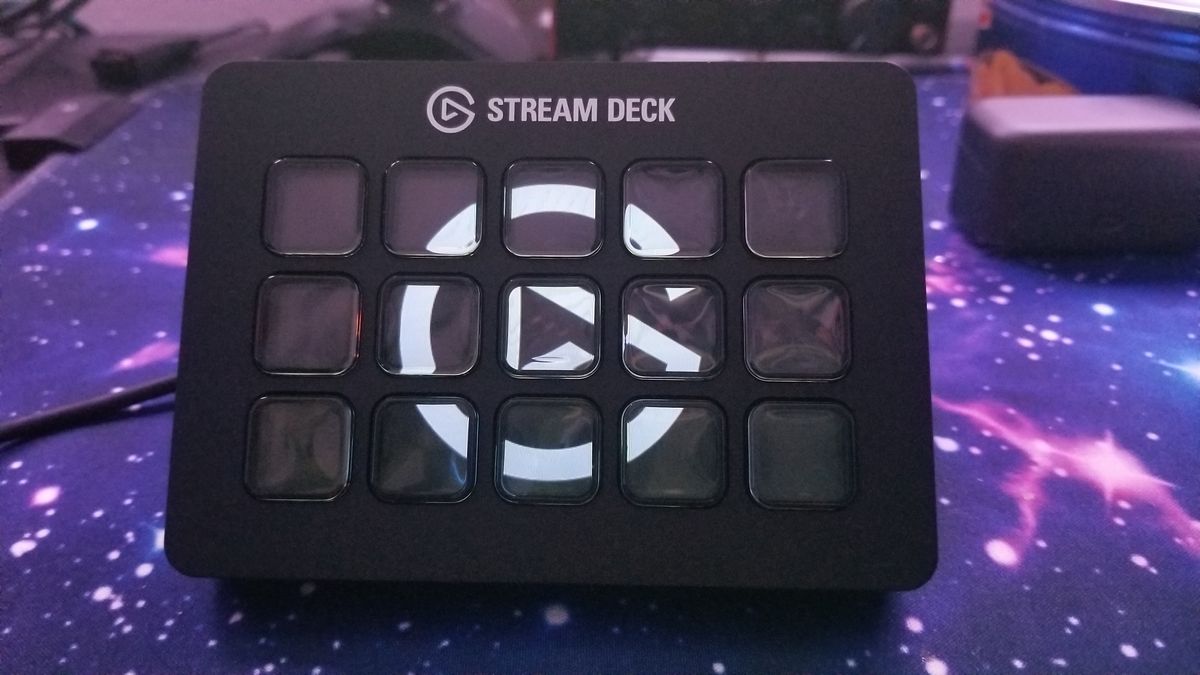 Streaming takes a lot of brainpower, which doesn’t leave room for many other tasks. When I decided to stream, although I have a schedule, I’m never that organized. I’m either running late or haven’t tweaked all my settings for that stream. Sometimes, I get so excited about starting a new indie game or beating a boss that I forget to Tweet out that I’m going live. However, all the tasks involved with streaming — changing settings, going live, chatting with an audience and even promoting your stream on social media — can be done faster and easier with a dedicated macro keypad like the Elgato Stream Deck MK.2.

An update to the popular Stream Deck, the MK.2 features 15 customizable keys, each of which doubles as a tiny color LED screen that shows you its function. You can configure each key to do just about anything, but some of the built-in features the software supports include sending automated Twitch chat messages, playing audio from soundboards, creating clips, voice modding, or posting tweets. The Stream Deck MK.2’s app has native support for OBS, Twitch and Twitter.

Released in July 2021 for $149, the MK.2 has a few helpful improvements over the original model, but these probably won’t be enough to push those who already own one to upgrade. The new model brings us an interchangeable faceplate, a USB-C port with detachable cable and sturdier, 45-degree fixed-angle stand. Otherwise, it’s the same device and has the same functionality and software as the 6-button Stream Deck Mini ($69) or the 32-key Stream Deck XL ($245).

The Stream Deck has three rows of five buttons. The buttons are raised, pushable, and separated by black bars — giving each an individualized feel. The buttons don’t have haptic feedback when pressed but they are tactile. It’s really helpful during my streams of PC games to have a hotkey to toggle in between the game and the other apps I’m using such as Opera GX, Chrome and OBS. I know most people love having more buttons on a macro keypad, but I found that even 15 was a lot and I felt like I could have gotten by with the six buttons on the Stream Deck Mini, especially because you can always create folders to store different functions.

The Stream Deck MK.2 has the same 15 keys as the original but looks different than its predecessor. Standing at 4.6 x 3.3 x 10 inches, it’s smaller, sleeker, the stand feels studier and fits inconspicuously on your desk. The original Deck weighed 6.4 ounces, which has now been whittled down to 5.1 ounces.

The interchangeable faceplate snaps off into your hand. This feature makes it easier to customize your faceplate. Before you had to try to cover the 4.6 x 3.3 face of the 15 button layout with another customized case. Another option is placing a vinyl sticker atop the face of the Deck. Seven custom plates are now available for purchase on Elgato’s website for $10 each.

The stand on the Stream Deck MK.2 looks totally different. The prior model had an adjustable stand, which seemed a little flimsy, but this is a weighted one-piece detachable that’s fixed at a 45-degree angle. The weight helps the MK.2 feel sturdy along with the anti-slip base.

The detachable USB-C plug is a big convenience. On the prior model, the short, 23-inch (59cm) cord was built into the device, but the MK.2 comes with a removable cable that’s a full meter long.

Putting together the MK.2 is an easy, three-step process. The stand comes attached to the console in the box. After removing the stand, I simply plugged in the USB-C cable, which fits through a hole in the stand for easy cable management. Once that was done all that was left was plugging the cable into my computer and configuring the software.

The Stream Deck app, which is the same for all models of Stream Deck, is the place where you configure all of the buttons. Navigating the software isn’t hard as there is a list of actions and supported software on the right with a picture of all the keys on Stream Deck on the right. To configure each button, drag and drop the action you’d like to assign on the appropriate spot on the button map.

The built-in actions are organized by app / function and include categories for Elgato Game Capture, OBS Studio, Soundboard, Stream Deck functions (create a folder, set brightness,etc), Streamlabs OBS, Twitter and Twitch. If you want to create more than 15 buttons, you can add folders buttons which take you down a level where you can add a whole new set of buttons.

You can also create custom actions that will hit a keyboard combination, launch a website or enter text for you. There’s a multi-action button that will do any combination of these together too. And you can even create your own custom icons to go on the buttons.

If building actions yourself isn’t enough, there are a lot of plugins like one that provides Spotify integration, although I don’t recommend using music during your streams (you could use it in your private time, though. You can also find plugins for other, non-streaming workloads such as programming in Visual Studio.

The Stream Deck MK.2 isn’t just for simplifying streaming, it helps with sound, not just monitoring volumes, but voice modding as well. When you see streamers making their voice echo, or sound like they just inhaled helium, they’re using Voicemod, a plugin that’s available for the Stream Deck that has some limited free content but charges a subscription fee for use of most of its effects.

Where I would like to see more functionality is in the sound monitoring department. With Loupedeck, there are six knobs dedicated to handling a different program’s sound.

Creating functions like running ads on your Twitch, emote-only chat, and creating clips are vital to having a seamless stream. The Stream Deck MK.2 also has the capability to create multiple profiles for running different Twitch accounts or for different occasions. You can connect to Twitch, YouTube, Streamlabs, and Twitter by signing in via the Stream Deck software.

Connecting your Twitch account allows you to create buttons that integrate with your stream. I set a button to open OBS to have quicker access. Inside the OBS functions, you can switch scenes, start and stop your stream as well as move around sources.

Streaming With the Stream Deck MK.2

To see how the Stream Deck MK.2 works in practice, I tried it for one of my streaming sessions and found it changed my workflow significantly. From the time I decided I wanted to stream until the end of my stream, the only time I touched my keyboard was to update my title, change my game, and turn on my closed captioning feature.

I mostly used it for sound effects, scene transitions, and to mute my mic. It makes streaming more seamless and it makes things seem more fun. It’s like having your own in-house studio producer. If something crazy happens, I can click the scene transition button to a scene with just my camera so my viewers can see a full screen of my reaction. My favorite sound effect to use is the censor sound so if I want to have an impromptu “cursing” session I just continually press the button as I yell about being killed by the Imposter who I said was the Imposter two meetings ago!

Let’s talk about use cases outside of Twitch. The Stream Deck MK.2 has a Zoom plugin that allows you to turn on/off your camera and mute yourself. There’s also a Speed Test plugin, which is helpful when troubleshooting.

The Loupedeck has also spoiled me in this area because it has multiple functions built-in for Adobe Photoshop and other non-streaming apps. The Stream Deck software either doesn’t have these natively and there are plug-ins for some, but I didn’t see any for Adobe apps. You can always create your own Photoshop actions, though.

Sometimes I need a mental break in the middle of me staring at my computer all day. I start getting fidgety and not wanting to do actual work. The Deck provides some mental relief with its mini-games like Memory Game, Dice, and Reaction Deck. I’ve tested out the Memory Game and it’s not super competitive or invigorating — it’s really relaxing.

This macro keypad really has some range. The icons can be personalized with photos of you, your emotes, or funny photos that match the sound by using the Elgato key creator page. There are preloaded icon packs inspired by Assassin’s Creed Viking lore, Apex Legends, and a superhero pack.

If you do any kind of streaming, the Stream Deck MK.2 will make your life easier and allow you to focus on the tasks that matter most: creating content and interacting with your audience. Just being able to hit a single button to do something like Tweet, instead of navigating through menus with my mouse and keyboard, is a game-changer for me.

I think this piece of technology is aimed at mid-level streamers. The software and plugins are easy to use and setup. However, if a person is new to streaming, this device could be overkill, as you may not need to activate that many functions.I also found myself wishing I had a dial to control the volume, a feature which the Loupedeck has, rather than pushing a button

The Stream Deck is helpful in everyday use outside of streaming. Providing shortcuts to various programs that I use has a really nice efficient feel to it. I honestly cannot go back to not having a macro keypad.

The Stream Deck MK.2 is a visual improvement over the original, with the key difference being the customizable plate sans vinyl stickers. The USB-C cable and new stand are helpful too. But if you already own a Stream Deck, there’s no need to rush out and get the MK.2 version just for cosmetics.

If you want to save money, consider the Stream Deck Mini, which is basically the same device but with six buttons. And, if you want a more robust solution for professional audio or video editing, one of the Loupedeck models, which start at $269 and go up to $549, may be a better choice thanks to their built-in jog dials. However, if you want a highly functional macro pad at a reasonable price, the Stream Deck MK.2 could be your best choice. 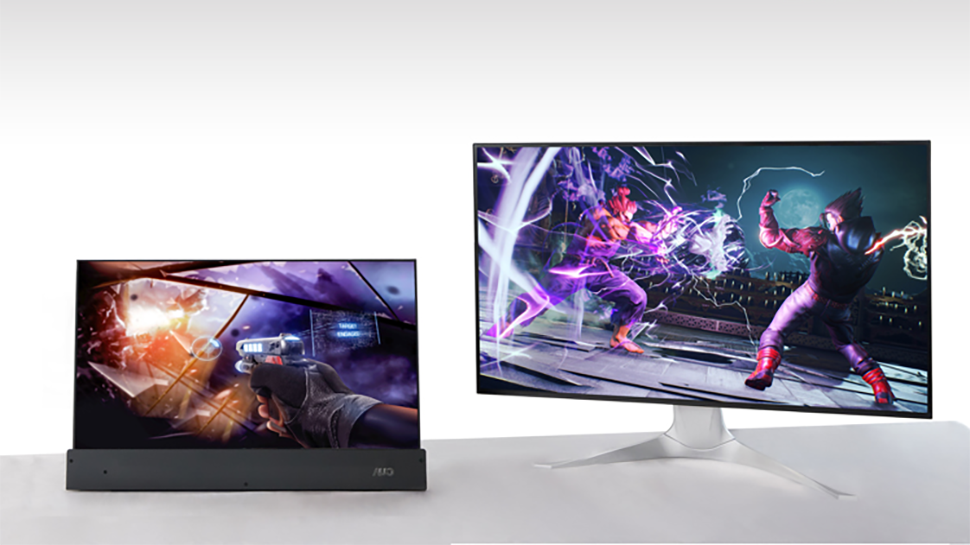 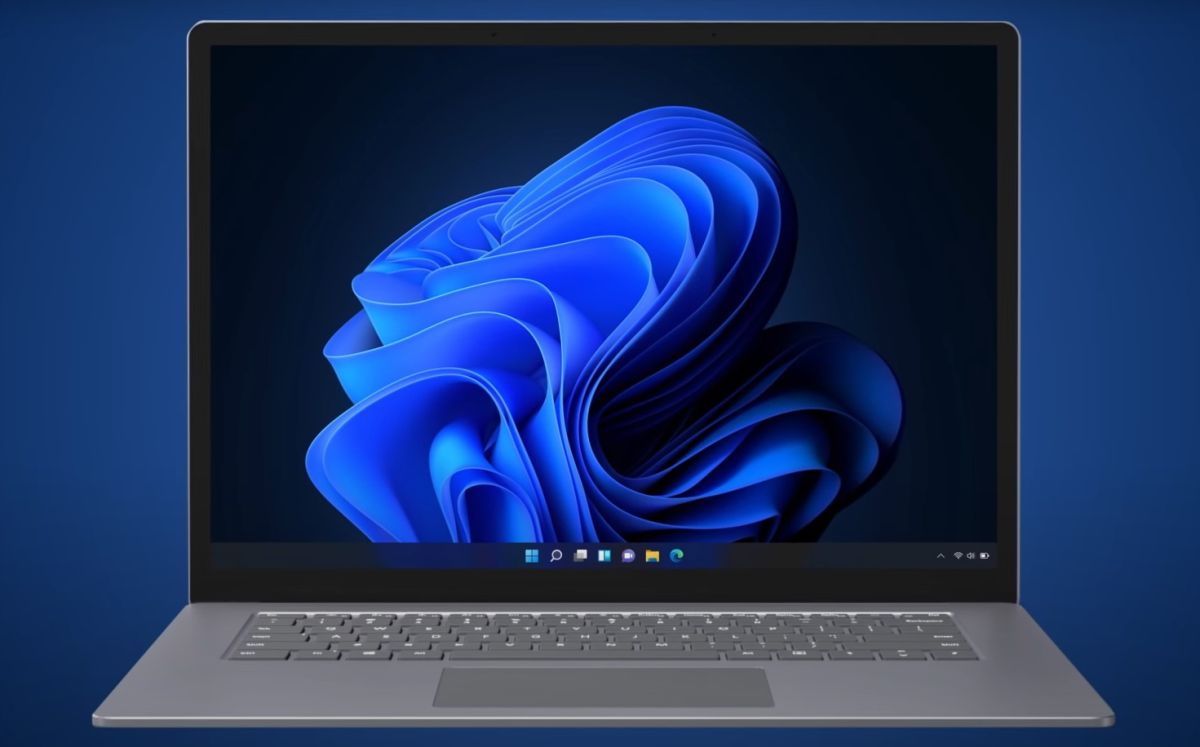 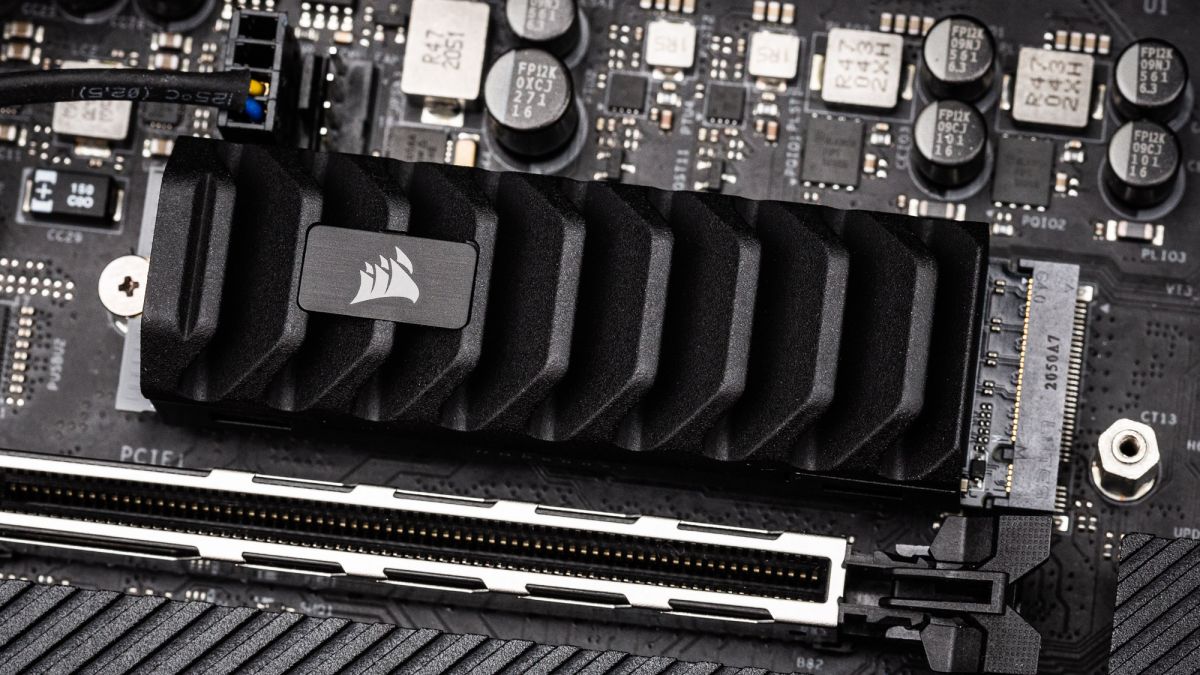 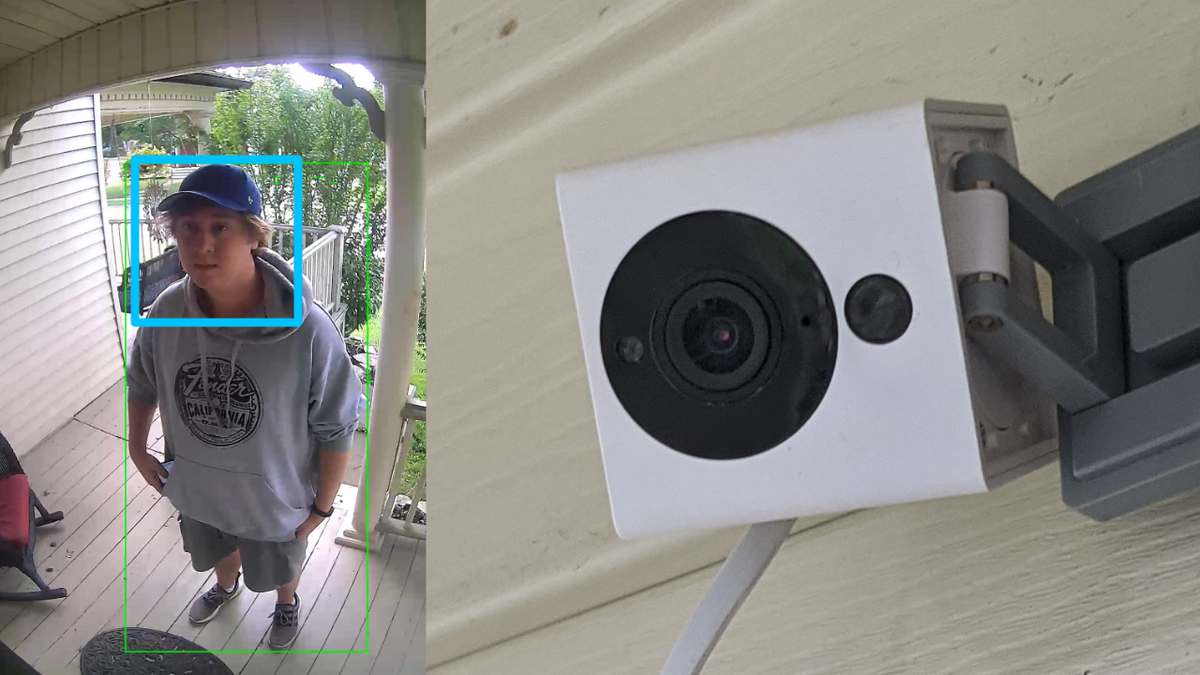