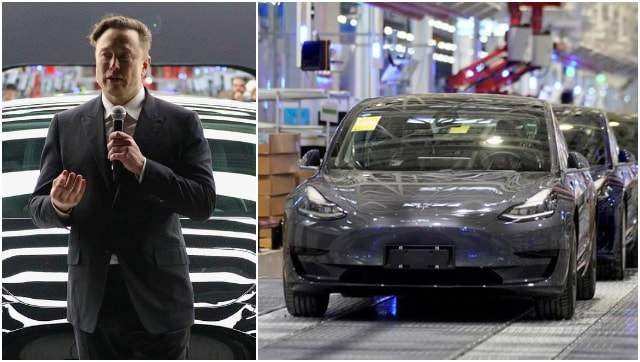 Elon Musk has brought longtime executive and the company’s president in China, Tom Zhu, to help run the carmaker’s new plant in Austin, Texas, as per a report from Bloomberg. Zhu who is currently heading Tesla’s Asia Pacific operations joined Elon Musk and his team at Tesla, back in 2014.

Musk has often said that he does not want to be the CEO of any of his companies. Tesla may be the first of Musk’s companies where we will see him handing over the day-to-day operations to someone else, and getting back to hardcore engineering. Image Credit: AFP

The report cites people familiar with the matter, says that Tom Zhu has brought some of his engineering team from China with him to assist in overseeing the ramp-up of Giga Texas.

Musk finds himself spending more time with Twitter than he had hoped after a long and drawn-out takeover bid, which had turned extremely volatile and nasty. Over the course of the month following his acquisition of Twitter, Musk found himself in a position where he had to turn a loss-making company into a profitable one, and do so in a manner wherein he is able to pay $1 billion just in interest payments for the loans he took for the merger.

Musk also finds himself stuck in a quandary over changing the complete corporate structure and corporate culture at a company that was bloated with people and managers. Saying that Musk has had some issues in trimming down Twitter to a more manageable size, would be an understatement. His vision of Twitter 2.0, and how he is managing the remaining employees at Twitter, surely does not help his image.

Musk has often said that he does not want to be the CEO of any of the companies that he owns. Maybe, Tesla is the first of his companies where we will see Musk handing over the day to day operations to someone else, and getting back to hardcore engineering.

The Shanghai plant which Zhu was overseeing, makes the Model 3 sedans and the Model Y crossovers to sell in China and for export to markets including Europe, Australia and Southeast Asia.

Tesla’s Shanghai Gigafactory has the capacity to produce 1.1 million electric vehicles per year after an upgrade earlier this year, making it Tesla’s most productive manufacturing hub.

Until recently, Tesla had been selling or shipping for export every vehicle it could produce in Shanghai, but inventory levels rose by their largest margin ever in October.

In addition, factors including a cheaper yuan against the U.S. dollar, lower raw material prices in China and the rise in Tesla and new-car prices in the United States have combined to make exports from China to the United States potentially cost competitive, the people with knowledge of the plans said.

Giga Texas, which opened earlier this year, makes the Model Y and will produce Tesla’s upcoming Cybertruck. It is not clear whether Zhu will retain his Asia responsibilities or for how long he will be in Austin.