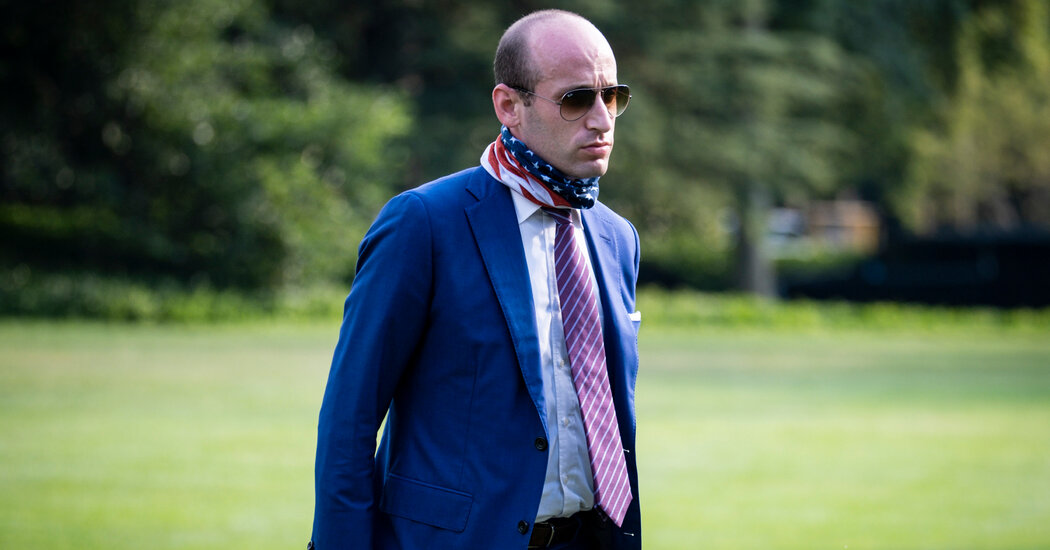 A homeland security adviser to former Vice President Mike Pence accused the Trump administration of distorting the truth about Afghan refugees, writing on Twitter that the former president and Stephen Miller, his top immigration adviser, sought to prevent the refugees from entering the United States.

In an interview, Olivia Troye recalled sitting in meetings where Mr. Miller demanded restrictions on refugees, including those from Afghanistan and Iraq. She said the reductions in the refugee program during the Trump years hollowed out the government’s ability to bring the interpreters and others to the United States.

“Now we are in this crisis and they are saying Trump would have evacuated them,” Ms. Troye said. “But he didn’t in four years. You don’t get to play revisionist history here. There are people who know what the situation is.”

President Donald J. Trump and his allies have repeatedly claimed in recent days that his administration would have handled a withdrawal from Afghanistan better than President Biden, whom he criticized for failing to evacuate Americans and Afghans who worked with the United States. Top conservative commentators, including Ben Domenech, have tweeted in support of Mr. Trump.

Ms. Troye sought to rebut those claims on Twitter and in an interview, claiming instead that Trump administration officials had worked to undermine the immigration system that brings Afghan and Iraqi allies into the country by granting them a Special Immigrant Visa indicating they had supported the American war effort.

Mr. Miller “& his enablers across gov’t would undermine anyone who worked on solving the SIV issue by devastating the system at DHS & State,” she wrote on Twitter.

In a statement sent to The Times on Saturday night, Mr. Miller responded to Ms. Troye’s accusations by blaming Mr. Biden for the chaotic evacuation of Americans and Afghans as the United States pulls out of its longest-ever war after two decades.

“The sole reason that anyone is stranded in Afghanistan is because Joe Biden stranded them there in the single most imbecilic act of strategic incompetence in human history,” Mr. Miller said. “All the desperate lying liars in the world can’t change that one inescapable fact.”

“@OliviaTroye What meeting? Who were the attendees? Where did this ‘meeting’ happen?” Ms. Miller wrote. “It didn’t happen. Stephen did not even work on SIV policy.”

Ms. Miller also linked to a government study showing that the number of Special Immigrant Visas granted to Iraqi and Afghans during the four years of Mr. Trump’s administration — a total of about 44,000 — was almost 6,000 more than during the final four years of President Barack Obama’s time in office.

During his time in the White House, Mr. Miller successfully pressed for deep cuts to the number of refugees that the United States let into the country, though the Trump administration did seek to prioritize the more limited visas for those for Afghans and Iraqis near the end of the president’s term.

In 2017, when Mr. Trump imposed a travel ban on foreigners, including Iraqis, H.R. McMaster, the former national security adviser, was furious that it would block Iraqi allies who helped the military during the war there. After repeated clashes between Mr. McMaster and Mr. Miller, Mr. Trump reluctantly agreed to take Iraq off the travel ban.

“Bottom line: if we are not careful, all we could have to show for 20 years in Afghanistan is a failed terror state, a humanitarian catastrophe, and an immigration policy that has brought the threat of jihadism inside our shores,” Mr. Miller wrote.

“If we want to safely and effectively assist the *millions* of people likely leaving Afghanistan,” he added, “the focus must be on regional resettlement — not mass relocation inside the United States.”

Jesse Jackson and His Wife Are Hospitalized With Covid-19