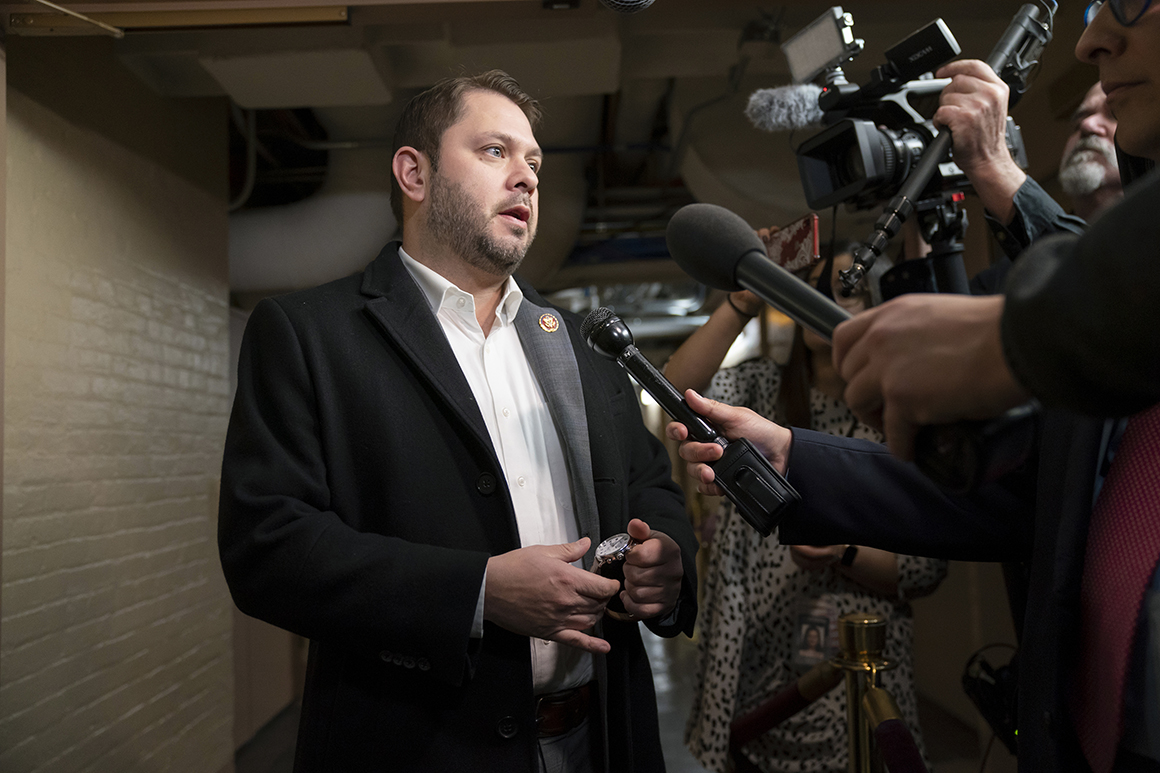 The Justice Department did not immediately respond to a request to comment on Gallego’s criticisms.

More than 700 people have been arrested in connection to the events surrounding the insurrection that took place nearly a year ago. To date, more than 150 have pleaded guilty and dozens have been sentenced — largely for misdemeanor crimes.

A POLITICO analysis published Tuesday showed that as of early January, only 30 people have been sentenced to prison for their role in the riots, though hundreds of cases are still pending and further investigations are ongoing.

In addition to the attorney general, Gallego directed his ire at GOP lawmakers who he accused of trying to shield Jan. 6 rioters.

“The problem that we have now is that we have a very obstructionist Republican party that should be part of helping us decide how to save democracy instead of trying to cover up for their crimes,” he said.

Gallego said that, a year after the riots at the Capitol, the bigger threat to democracy is less a physical attack than a takeover of local election administration by officials who are more willing to overturn results they disagree with politically.

“I think we’re more resilient in case of a physical coup attack, but the same time the ongoing political coup is occurring,” he said.