The Eternals star has a plan to tell better stories in Hollywood. 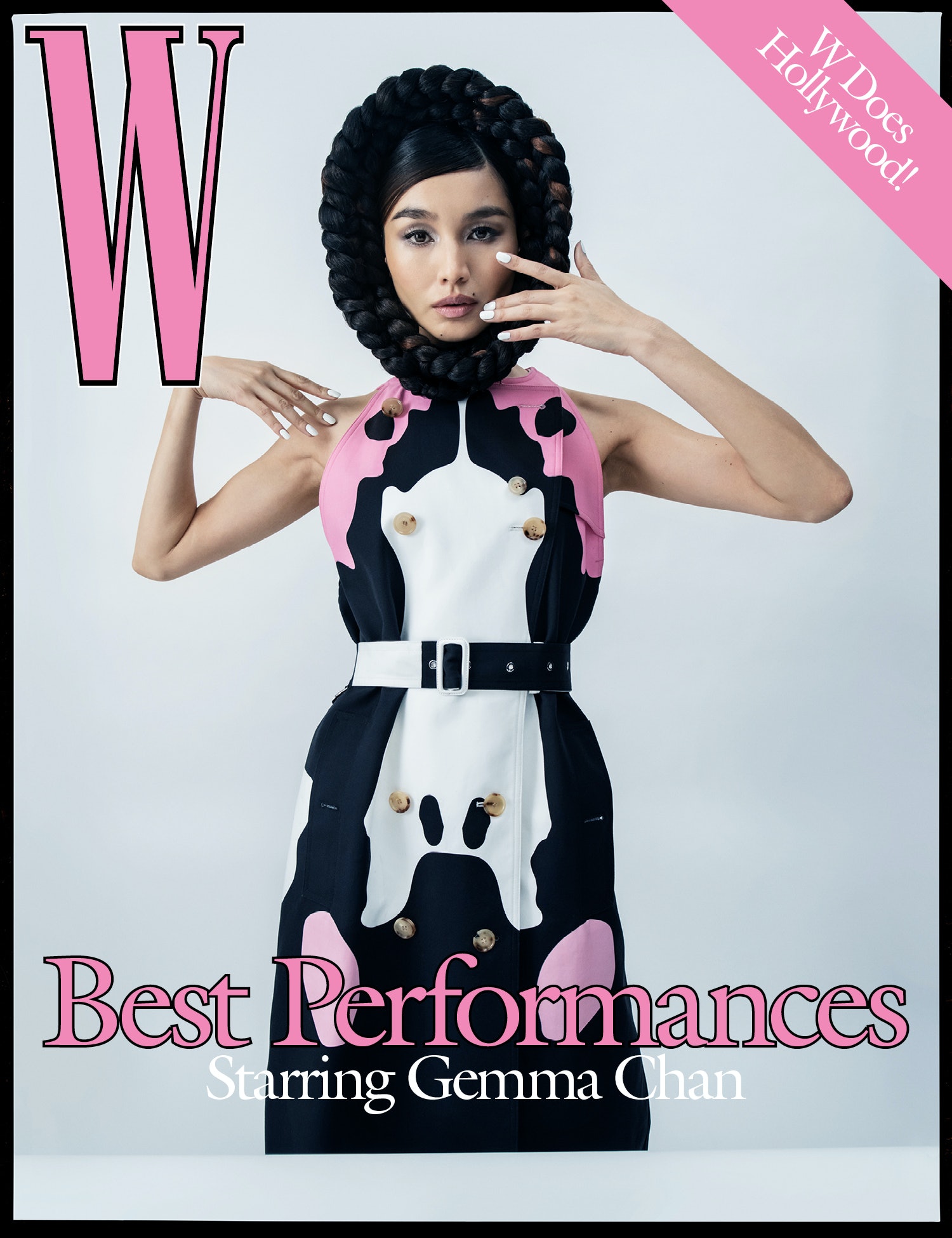 Gemma Chan’s curriculum vitae spans genres, areas of interest, and even industries: At one point, the Crazy Rich Asians star was a model, and she started out with ambitions of pursuing a legal career. Now, her current status still transcends arbitrary titles: Sure, she’s an actress (her latest role: starring as Sersi, one of the genetically mutated beings in the Chloé Zhao–directed Marvel Studios Eternals film), but she’s also a staunch AAPI-rights activist, consummately community-minded, and now, a producer too. For W’s annual Best Performances issue, Chan talks to Lynn Hirschberg about her very first gig, being painted blue in Captain Marvel, and returning as Sersi in a to-be-announced Marvel movie.

What was your first acting job?

I did a commercial for the now-defunct search engine Bing. I had to learn reams and reams of related words—it was a lot to memorize. The money from that commercial paid for drama school. But sadly, it did not do much for Bing.

Did you have trouble telling your parents that you wanted to be an actor?

Yes. I studied law initially. My parents were immigrants and wanted their child to have a steady profession. Not acting.

That was fun! I’m still friends with most of that cast.

You wore a lot of latex. Did that prepare you for playing Sersi in Eternals?

It was interesting. In Eternals, she starts out shy and then discovers her power as a leader. That was fun.

Will you play Sersi again?

Did your life change after Crazy Rich Asians?

Not really. Good work is still hard to come by. I’ve started producing to find stories to tell.

2002 fashion flashback: Xtina wears a scarf as a top and more throwback looks from 20 years ago | Gallery