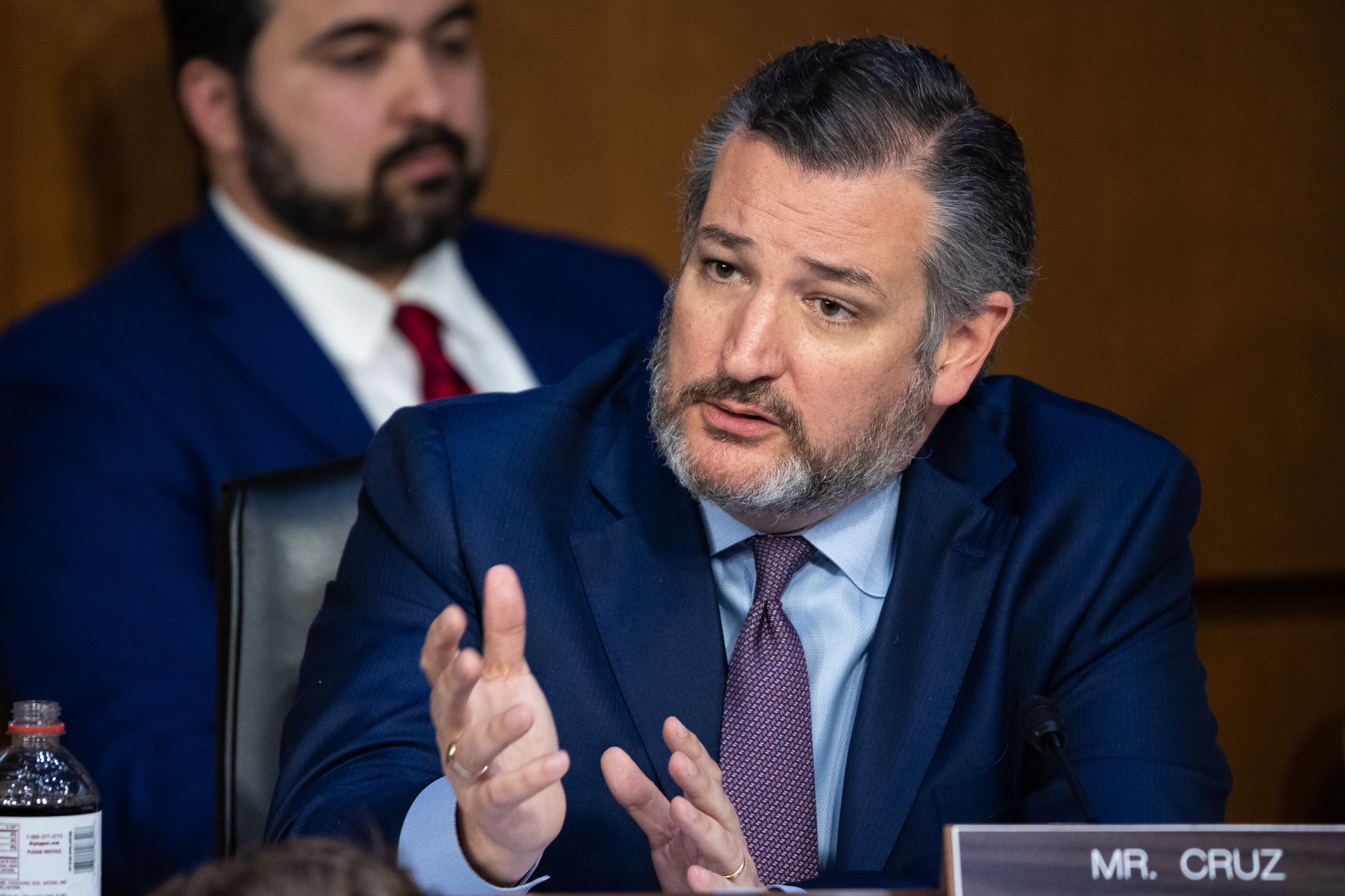 In a Senate where committee meetings often go unattended and unnoticed, a Supreme Court hearing is still one of politicians’ biggest platforms. And the quartet of potential 2024 hopefuls knows it, with all of them sitting together on a national stage more than a year before the presidential primaries begin.

Though most Judiciary panel Republicans viewed as future White House contenders started their questioning toward Jackson warmly, they quickly descended into the usual antagonism that accompanies most questioning of a prospective Supreme Court justice by senators in the minority party. The reasons for that are manifold: Cable news carries the hearings live, political junkies follow along on Twitter and Judiciary members see Supreme Court confirmations as one of the biggest moments in their careers.

“People get on that committee knowing that it’s going to be a very high-profile committee for times like this, and gives them an audience if they have national… ambitions or aspirations,” said Sen. John Thune of South Dakota, the GOP whip. Some Republicans on the committee, he added, “are at least thinking about that possibility. And now is the time that the spotlight shines on them.”

Hawley (R-Mo.) had a long, tense exchange with Jackson on Tuesday about her sentencing of child pornography offenders below federal guidelines. Cruz (R-Texas) questioned whether Jackson, who serves on the board of the private Georgetown Day School, agreed with a book “being taught to kids that babies are racist.”

Cotton (R-Ark.) questioned a reluctant Jackson on whether deterrence is an effective crime-fighting tool and whether convicted rapists and murderers should spend more time in jail. And at the end of a sedate opening day on Monday, Blackburn (R-Tenn.) charged that Jackson has endorsed “progressive indoctrination of our children” in her previous statements.

Senate Democrats while in the minority seized plenty of their own big moments when former President Donald Trump confirmed three Supreme Court justices. Three Judiciary Committee Democrats ran for president in 2020, including Sens. Amy Klobuchar of Minnesota and Cory Booker of New Jersey and then-Sen. Kamala Harris of California, who is now the vice president.

But for Democrats, the courts are “just another issue,” said Sen. Sheldon Whitehouse (D-R.I.). For Republicans considering a White House run and their allies, he added, it’s something else altogether.

“The audience is not so much in the room, and not even the nominee. But [instead] TV sound bites and right-wing network echoes and approval of the Republican dark money apparatus,” Whitehouse said.

Cruz has been most forthright about pursuing the presidency if Trump doesn’t run, while Hawley insists he’s not running. Both Cotton and Blackburn have visited the early presidential primary states of Iowa and New Hampshire. They also have plainly different styles: Cruz and Hawley have loquacious styles in the halls of the Senate; Cotton usually declines comment and Blackburn says she doesn’t do “walk and talk.”

Hawley made waves in the run-up to Jackson’s hearing by criticizing her record of sentencing child pornography offenders. His early splash left some Republicans annoyed that Hawley had taken Judiciary Committee Republican research cobbled together ahead of the hearing and ran with it on his own schedule.

Behind the scenes was something of a strategic disagreement: Some in the GOP wanted to spring the questions on her spontaneously, while Hawley found it more effective to press Jackson and the White House ahead of time.

“We had a lot of research about a lot of things and that was part of it, her sentencing practices as a district judge. And I think [Hawley] was the first to hone in on it,” said Sen. John Cornyn (R-Texas).

With a hint of what was to come from Hawley, at the beginning of the hearing Tuesday, Judiciary Chair Dick Durbin (D-Ill.) asked Jackson gently about what she thought of the conservative’s criticisms that she was soft in child pornography cases. She responded to them this way: “As a mother and a judge who has had to deal with these cases, I was thinking that nothing could be further from the truth.”

“I am questioning your discretion and judgment. I’m not questioning you as a person,” Hawley said at one point. In the end, most GOP senators other than Cruz, Hawley, Cotton and Sen. Mike Lee (R-Utah) shied away from the child pornography topic.

Some Democrats complained that prominent Republicans’ lines of questioning this week violated some GOP pledges to keep Jackson’s hearing civil.

“Her parents, her children, her brother got to hear a whole series of baseless suggestions that she’s somehow soft on crime, loves terrorists, supports child pornographers,” said Sen. Chris Coons (D-Del.), who went after Cruz on Tuesday. Coons’ questioning was “directed at saying this is just untrue,” he said.

The panel’s most ambitious Republicans, however, say they don’t view their Judiciary Committee slots as just about burnishing their own images as they fight Democrats’ nominee at their first Supreme Court hearing in 12 years. Cruz dismissed that implication in an interview on Tuesday, saying Republicans should “not have the partisan circus that Democrats have done repeatedly.”

“Every one of us has a constitutional responsibility. And there are very few responsibilities in the Senate more important than advice and consent on Supreme Court nominations,” Cruz said.

A few minutes later, during his questioning, Cruz acknowledged that he and Jackson went to law school together, though he said he did not know Jackson well. After warmly acknowledging her, he launched into a series of questions on critical race theory, the academic concept that racism has been systemically ingrained in American society.

Jackson seemed perturbed at times by Cruz, sighing audibly. There may be more of such moments on Wednesday, when every senator, including Cruz, gets 20 more minutes to question Jackson.

New book reveals the true scandals of the Regency period