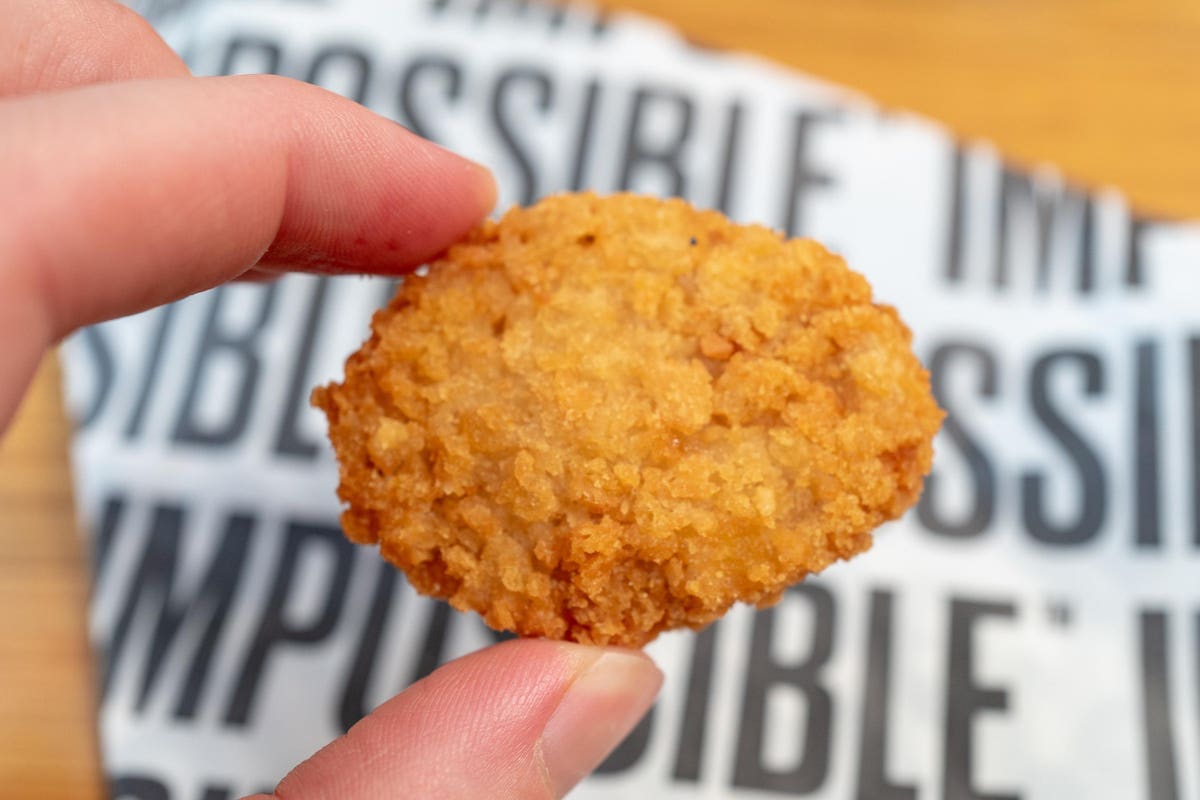 Plant-based meat companies are in competition with each other more than ever. The latest entry into the very crowded chicken nugget alternative category is a start-up called Nowadays, raising $7 million. They claim to make a healthier alternative to the others. With just seven relatively recognizable ingredients, that may be so, but the competition in the vegan chicken nugget category has gotten so out of hand that most consumers are unlikely to even notice.

And let’s be honest, chicken nuggets were never meant to be healthy food. It’s mashed chicken, fried in batter, made famous by McDonald’s and popular with kids.

And yet the race is on for the best chicken nugget alternative. And it’s getting so crowded that more than one vegan media outlet has even made a guide. That’s how confusing the category has become; we need guidance from experts.

But this product is not new. Many legacy brands have been on it for decades, while other familiar names have jumped on the nugget bandwagon more recently. Old school brands such as Morningstar Farms, Gardein, Yves, Dr. Praeger’s, and Boca come to mind. (Quorn has long made a vegetarian version)

But in the recent investor-mania surrounding all things plant-based, the ante has been upped. While the burger wars initially took center stage with leading bleeding burgers from Impossible Foods and Beyond Meat, the two rivals have also entered the nugget ring. Impossible announced its version last summer, and recently released “Wild Nuggies”, shaped like animals, to ensure kids get hooked.

Meanwhile, Beyond Meat, never to be outdone, last week made nugget news for expanding its faux chicken “tenders” to 8,000 retail outlets, including the CVS pharmacy chain. For the “Beyond Fried Chicken” test at KFC, the fast-food giant even painted its buckets green. But Bloomberg has reported some bumps in Beyond’s road to replication, with fast food roll-out delays causing major headaches.

Meanwhile, numerous other start-ups have jumped in headfirst, not the least bit deterred by being out-marketed by the many millions of capital available to front runners Impossible and Beyond.

Let’s not forget the conventional meat companies that have decided they want to covet the vegan meat market too. Enter chicken king Tyson’s “Raised and Rooted” brand of plant-based chicken nuggets. Pork producer Smithfield Farms created a plant-based spinoff called Planterra, through which it too offers a plant-based nugget. And these companies wrote the book on how to scale while selling as cheaply as possible, so look out start-ups.

To recap, about half a dozen legacy brands already had an alternative chicken nugget on the market when plant-based burger rivals Impossible Foods and Beyond Meat entered, each claiming they had cracked the nugget code, all the while an additional dozen or so start-ups, major retailers, and conventional meat conglomerates are also vying for the consumer looking for something new in nuggets.

If you’re counting, that brings us to 20 offerings all before Nowadays came along.

But wait, there is more. The new thing will supposedly be cell-cultured meat, which means growing animal cells in bioreactors. And by now you can guess what that industry’s first product is. Eat Just was first to market with very pricey faux chicken nuggets at a restaurant in Singapore. Similarly, competitor Upside Foods is also focused on lab-grown chicken nuggets.

Where is all this heading? Likely for disaster, so says start-up expert Daniel Evans, a financial exit specialist who has made over 20 exits in the food, beverage, beauty, and media industries.

“I think the failure rate for these companies is going to be very high, because food is personal and cultural. You’re talking about a 10-to-15-year exit, not a 5- to 7-year, like most investors believe, even if the start-ups make it that far,” he told me.

In other words, a lot of vegan chicken nuggets are headed for the garbage heap, which is probably where they belonged in the first place.