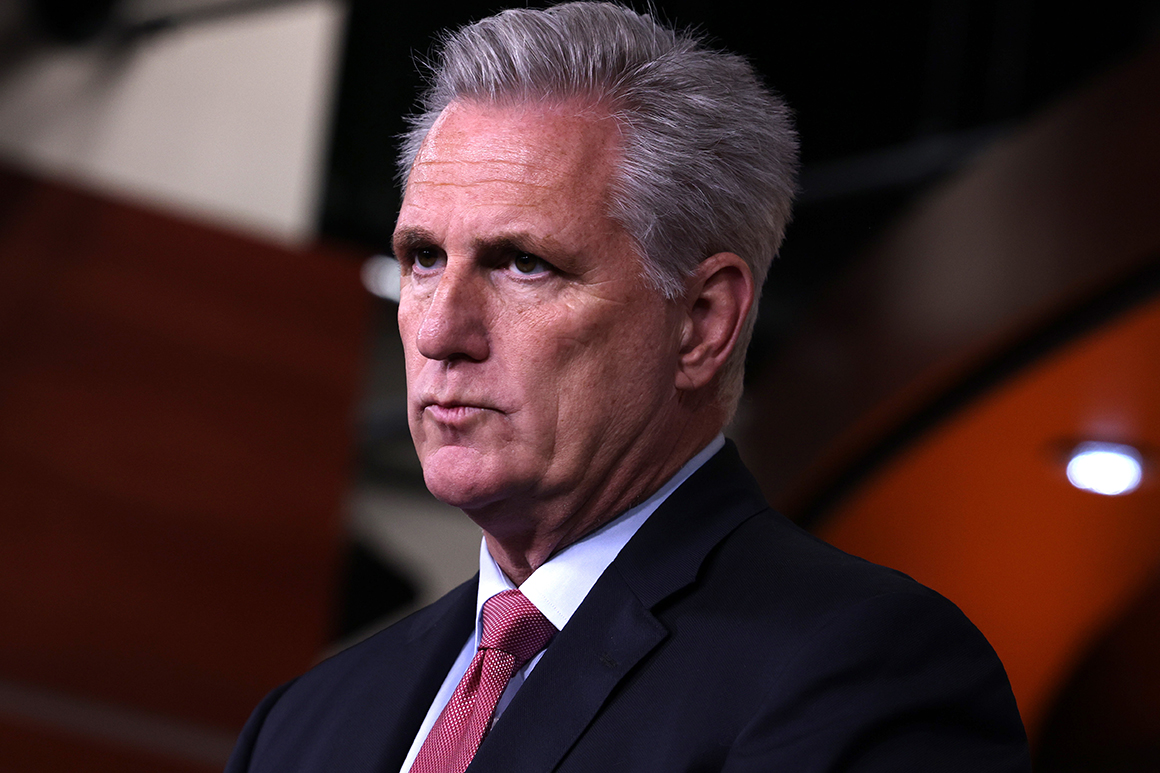 The motion is all but guaranteed to fail in the Democratic House, but it signals a stewing anger on the right towards the speaker. The Freedom Caucus’ letter indicates that McCarthy would need to initiate the motion, and if he were to do so, it would further escalate partisan acrimony in the House that has remained high, and occasionally gotten personal, since Jan. 6.

They argue that Pelosi’s decision to reject Reps. Jim Banks (R-Ind.) and Jim Jordan (R-Ohio) from the panel was “intolerable.” Pelosi, meanwhile, says she made the right call blocking the two Trump allies because of their “antics” in the months following the deadly insurrection.

Banks and Jordan “made statements and took actions that just would have been ridiculous to put them on a committee seeking the truth,” Pelosi told reporters.

A spokesperson for Pelosi did not immediately respond to request for comment.

The group, which signed the letter simply as “House Freedom Caucus,” cited a series of other grievances against Pelosi that they argue represent “unconstitutional changes,” such as proxy voting, “insulting security measures like metal detectors,” and her decision to kick a member of the minority — Rep. Marjorie Taylor Greene (R-Ga.) — off her committees over dangerous conspiracy remarks and social media posts she made before serving in Congress.

A spokesperson for McCarthy did not immediately respond to a request for comment.