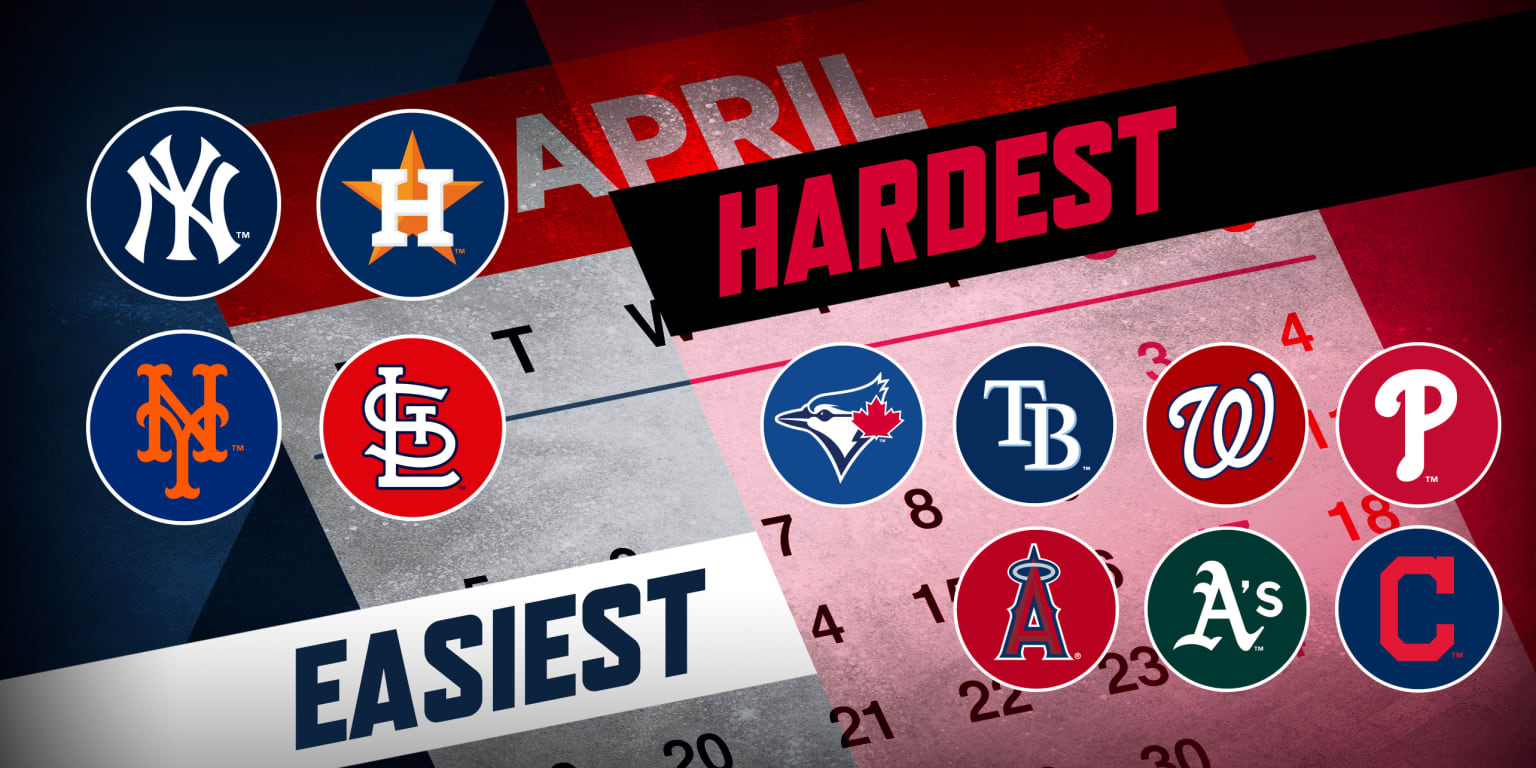 No postseason race can be settled in April, but contenders who jump out to strong starts will still put themselves in pole position for the long march to the postseason. That matters. And some teams are already in better position to do that than others, just by virtue of who they’re playing.

Thanks to FanGraphs’ standings projections, we can look at the April strength of schedule for all 30 teams, based on the projected winning percentage for the 2021 season of every opponent they will face over the first month.

Some teams could ride a soft April schedule to the top of the standings. Others will have to fight to keep up with their competition. And for some rivals, appropriately, things are evenly matched, even on the calendar.

Teams helped by the schedule

The Bronx Bombers don’t have the easiest overall schedule in April, but it’s all relative: their slate is more favorable than the American League East rival Rays and Blue Jays, both strong playoff squads from 2020 who have solid postseason odds again in ’21. The Yankees get seven games against the Orioles in April — the Rays and Jays don’t face Baltimore at all — they close out the month against the Tigers, and they might be able to take advantage of a four-game set against an Indians team that doesn’t look quite as strong as it did in 2020. New York’s two April series apiece against Tampa Bay and Toronto give the Yanks plenty of tough competition to face, but there’s no automatic leg up in the race if the three teams are just playing each other.

The Astros will have a chance to take control of the AL West race right out of the gate. Their first nine games are against their strongest division foes, the Angels and A’s. Those will be hard-fought — all three are projected to be winning teams in 2021 — but if the Astros can battle through that slate, what comes next gives them a big advantage. That’s 12 of their next 16 April contests against the Tigers, Mariners and Rockies, who are projected to finish a combined 62 games under .500 this season. It’s one of the most favorable first-month schedules for any team.

And at that same time, the Angels and A’s will be facing a gauntlet of tough teams even after they get past their Astros series. The Angels face the White Sox, Blue Jays and Twins for 11 games in April; and Oakland sees the Dodgers, Twins and Rays for 10.

With the National League East looking wide open again, maybe even a four-team race, the Mets’ top-five easiest schedule in April could help them find some early separation from a few rivals as Francisco Lindor welcomes himself to New York. Though they don’t have a huge scheduling advantage over the reigning division champion Braves (tied for the ninth-easiest schedule), the Mets do have an advantage over the Nationals and Phillies, who are facing two of the toughest schedules in baseball in April (the hardest and sixth-hardest, respectively). New York plays the Marlins — whom the Phillies don’t, and the Nats only play Miami on the last day of the month — and also gets a series against the Rockies, plus one against a Cubs team that the projections think could struggle to a losing record in 2021. The Mets, Phillies and Nationals play each other a lot in April, so it’s those other series that could make a difference.

In another wide-open division, St. Louis has a slightly easier path in the early goings than the Brewers and Cubs. Nolan Arenado’s first month in a Cardinals uniform will feature one series against the Marlins and two against the Reds, a team the projections think will drop off in 2021 (falling from over .500 to under .500). The Cards also start their first series against the Pirates at the end of the month. Their schedule isn’t that much tougher than that of Milwaukee and Chicago, who are middle of the pack in April strength of schedule, but the Brewers’ series against the Twins, Padres and Dodgers and the Cubs’ against the Braves (two) and Mets will be tough.

Teams hurt by the schedule

The Rays are the defending AL champs, and the Blue Jays are as talented as anyone, but they’re on the tougher end of the strength-of-schedule spectrum from the Yankees. Vlad Jr., Bo Bichette, George Springer and the rest of the Blue Jays will have to contend with Mike Trout, Shohei Ohtani and the Angels on their first homestand, and Juan Soto, Max Scherzer and the Nats and Freddie Freeman, Ronald Acuña Jr. and the Braves at the end of the month. The Rays, after dealing with two series against the Yanks in the middle of April, go up against the A’s and Astros at the end.

The Nats have the single hardest April schedule of any team based on their opponents’ projected winning percentage for 2021. On top of their nine games against the Mets and Braves, they also have to face the Dodgers and Blue Jays, plus two series against the Cardinals. The Phillies’ biggest competition is coming from inside the division — their first 13 games are against Atlanta and New York — before they even get to their two series vs. St. Louis.

The Astros are the AL West favorites, but the Angels, still seeking their first postseason appearance since 2014, and the A’s, the reigning division champs who’ve made three straight playoff runs, both want to challenge them. They have two of the tougher April slates, though, especially compared to Houston’s. To keep up, the Angels will have to be on top of their game against the White Sox, Blue Jays and Twins, as will the A’s against the Dodgers, Twins and Rays. They’ll need their big names to step up — Trout, Ohtani, Anthony Rendon and Dylan Bundy in Anaheim, and Matt Chapman, Matt Olson and young arms like Jesús Luzardo in Oakland.

The Tribe is going to have to push through a pretty tough April. Just look at their final homestand of the month: nine games against their strongest division rivals, the White Sox and Twins, and the Yankees, who swept them out of the 2020 playoffs. That’s tough sledding. Meanwhile, Chicago and Minnesota play two of the top-five easiest April schedules.

It’s fitting that neither of these rival juggernauts — the Dodgers and Padres are projected to be the top two teams in the whole National League — really gets a leg up on the other based on strength of schedule. So the division race we all want to see should be tight from the start. Not only that, the Dodgers’ and Padres’ strongest competition in April is each other. They play each other twice, in San Diego from April 16-18 and in Los Angeles from April 22-25. Mookie Betts vs. Fernando Tatis Jr. Mark your calendars.

The up-and-coming star-powered White Sox and the incumbent Bomba Squad Twins could be battling it out for supremacy in the AL Central all year, and they’re set up for big starts with equally favorable schedules. Both teams play the Mariners, Tigers and Royals, and with the projections down on the Indians this year, Chicago and Minnesota will be favored in those division series, too.

Every team in the NL Central is actually projected for a sub-.500 record (the Brewers are the projected division winners at 80-82), so this one is up for grabs. Chicago and Milwaukee, two of the Central’s four playoff teams from 2020, have nearly identical strengths of schedule this April, and both sit squarely in the middle of the pack league-wide. That should help set up a back-and-forth race throughout the season. The matchups to watch for the Brewers include series against the Twins, Padres and Dodgers; the Cubs get the Mets and Braves.

The Braves are right in the middle of their competition. Their April schedule isn’t quite as favorable as the Mets’, but it’s also not as hard as the Nationals’ and Phillies’. Circle their two-game series against the Yankees in the Bronx on April 20-21 as a big one, but if the Braves can come out on top of nine games against Washington and Philadelphia to open the season, the three-time defending division champs will be in good shape.

Discord Reportedly Set To Be Purchased By Microsoft For $10 Billion 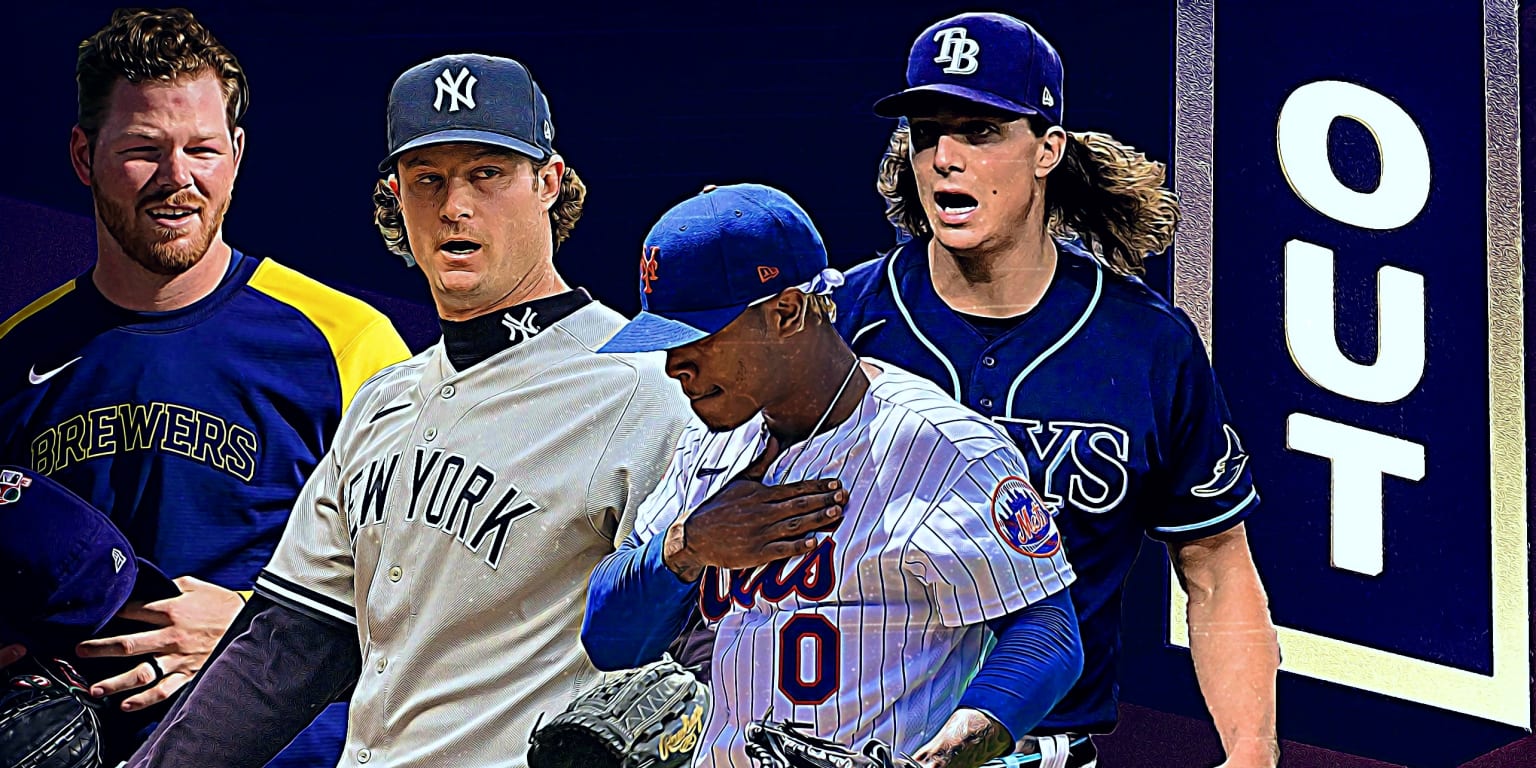 Aces with new strikeout pitches in 2021 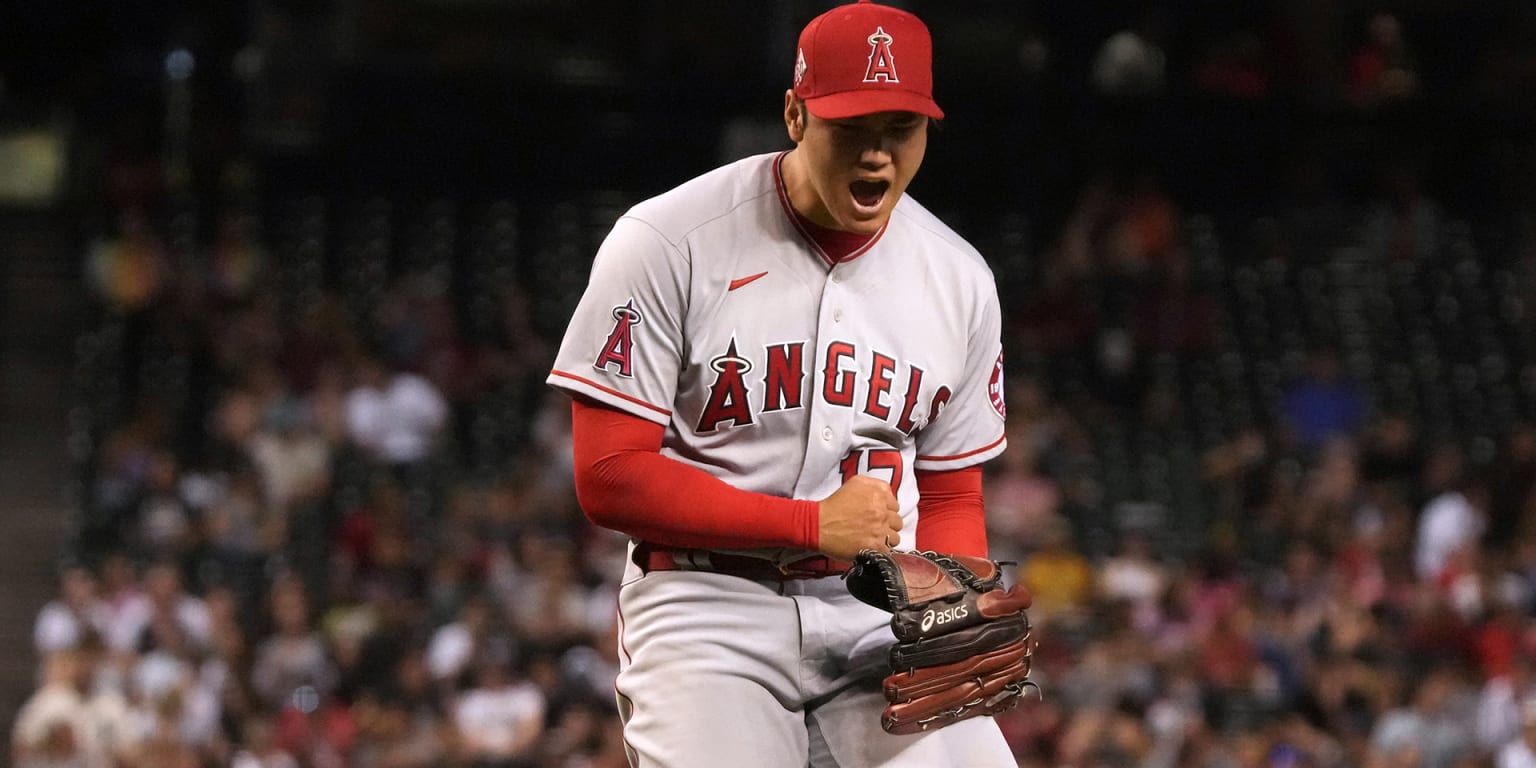 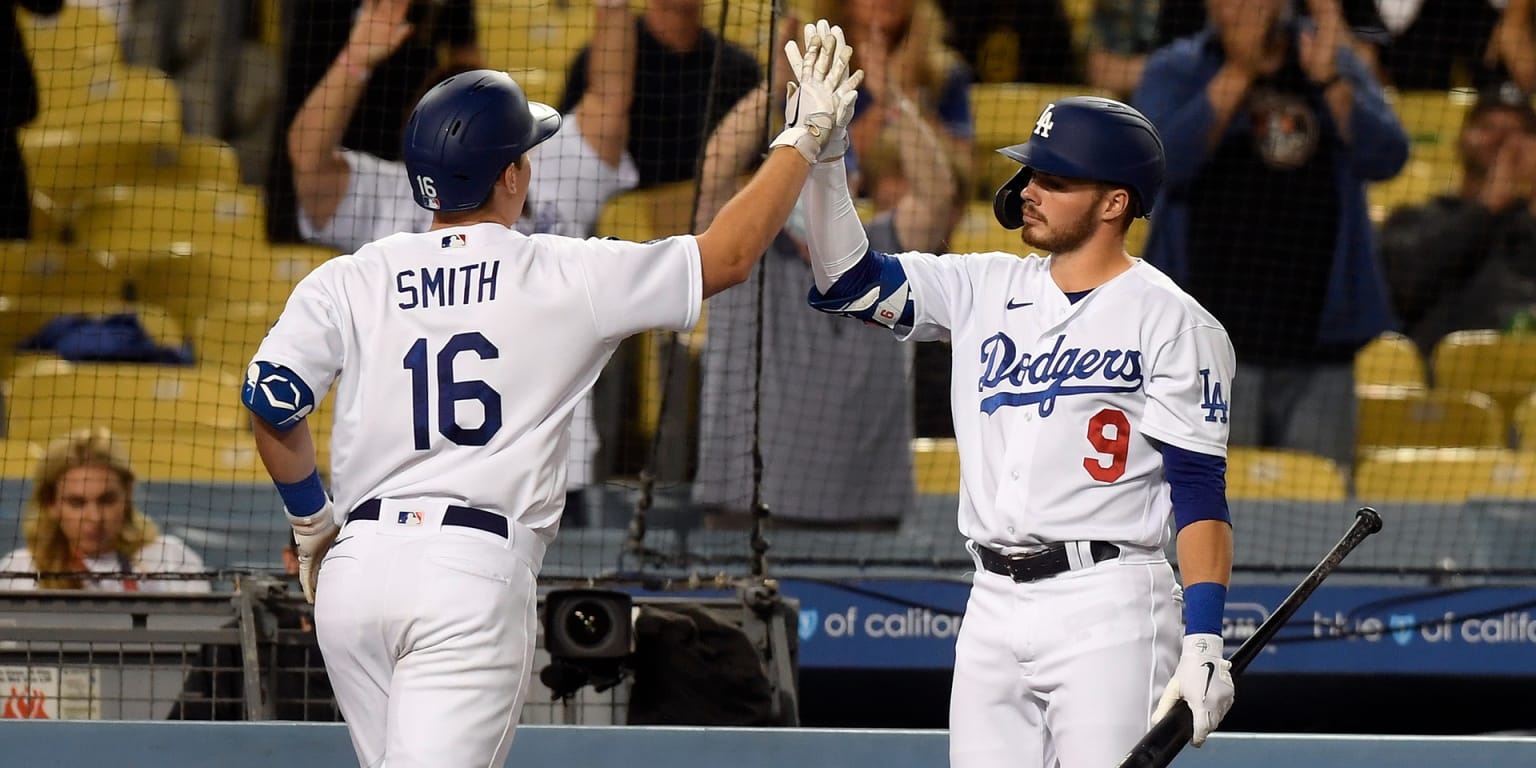