As fast as the Indian roadways network is growing, safety continues to be one of the biggest issues for India, We have one of the highest rates of traffic accidents in the world. We are responsible for nearly 11 per cent of all road fatalities across the globe even though we have just 1 per cent of the world’s vehicles. If estimates are anything to go by, there are about 17 deaths every hour and an accident every minute on Indian roads. Six out of 10 accidents involving commercial vehicles can be prevented with timely driver interventions.

Moreover, accidents are bad for the economy. It is estimated that the commercial fleet industry suffers efficiency losses of up to INR 48,000 crore every year due to accidents and fleet breakdowns.

To counter this, Intel is planning to develop and deploy their Onboard Fleet Services an array of smart telematics and AI & ML enabled monitoring systems. Not only will these systems help improve driving conditions and driver behaviour, but will also help identify bad patches of roads which may turn out to be accident hotspots.

This in turn will help union minister Nitin Gadkari and the Ministry of Road Transport and Highways achieve their target of reducing the number of road accidents and fatalities by 50 per cent by 2025 and eliminating them altogether by 2030.

Improving Driver Behaviour
Most accidents happen on Indian roads because of driver behaviour. Not wearing seat belts, not paying attention to the road or the traffic, using mobile phones, driving when fatigued or even driving under the influence. Using an array of telematics devices and sensors, driver behaviour can be recorded, studied and analysed which can then be used to retrain drivers so as to improve a driver’s behaviour. This way, drivers who drive attentively and while following the law to the T, can also be rewarded with better insurance premiums, or even better performance scores and bonuses.

Safety Analytics and ADAS
During their pilot programmes of implementing their Onboard Fleet Services, Intel found that alerting a driver just two seconds prior to an immediate impact gave the driver enough time to react and avoid an accident.

To that effect, Intel is developing safety analytics and other ADAS systems that would alert drivers in a better manner, and give them more time to react.

Thanks to IoT or the Internet of Things, it can send real-time data and analytics, which can then be used to alert the driver of an impending failure. This way, drivers can address the issue, without compromising their safety.

Identifying grey spots on roads
Nivruti Rai, Country Head, Intel India, and Vice President, Intel Foundry Services, said that Intel actually carried out a pilot program in the city of Nagpur. Intel attached several buses in the city with an array of sensors and studied telematics from those sensors to identify parts of the city’s roads which were accident-prone, as well as grey spots, or unidentified areas where the probability of an accident taking place is very high. Not only can these findings be used to improve the infrastructure around such spots to help avoid an accident, these findings can also be used to create models which would ensure that such grey spots are never made in the first place. Something as basic as putting up a sign saying that an area is prone to accidents made drivers take note, and drive more carefully in those areas. 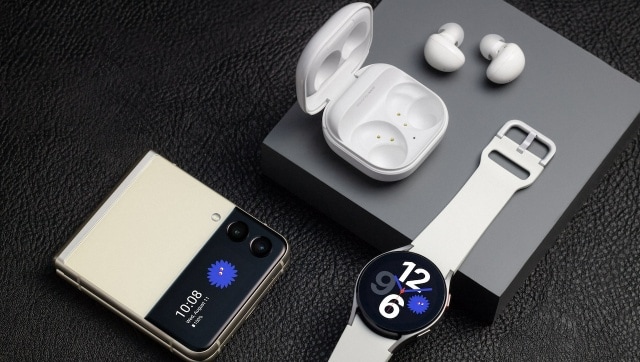