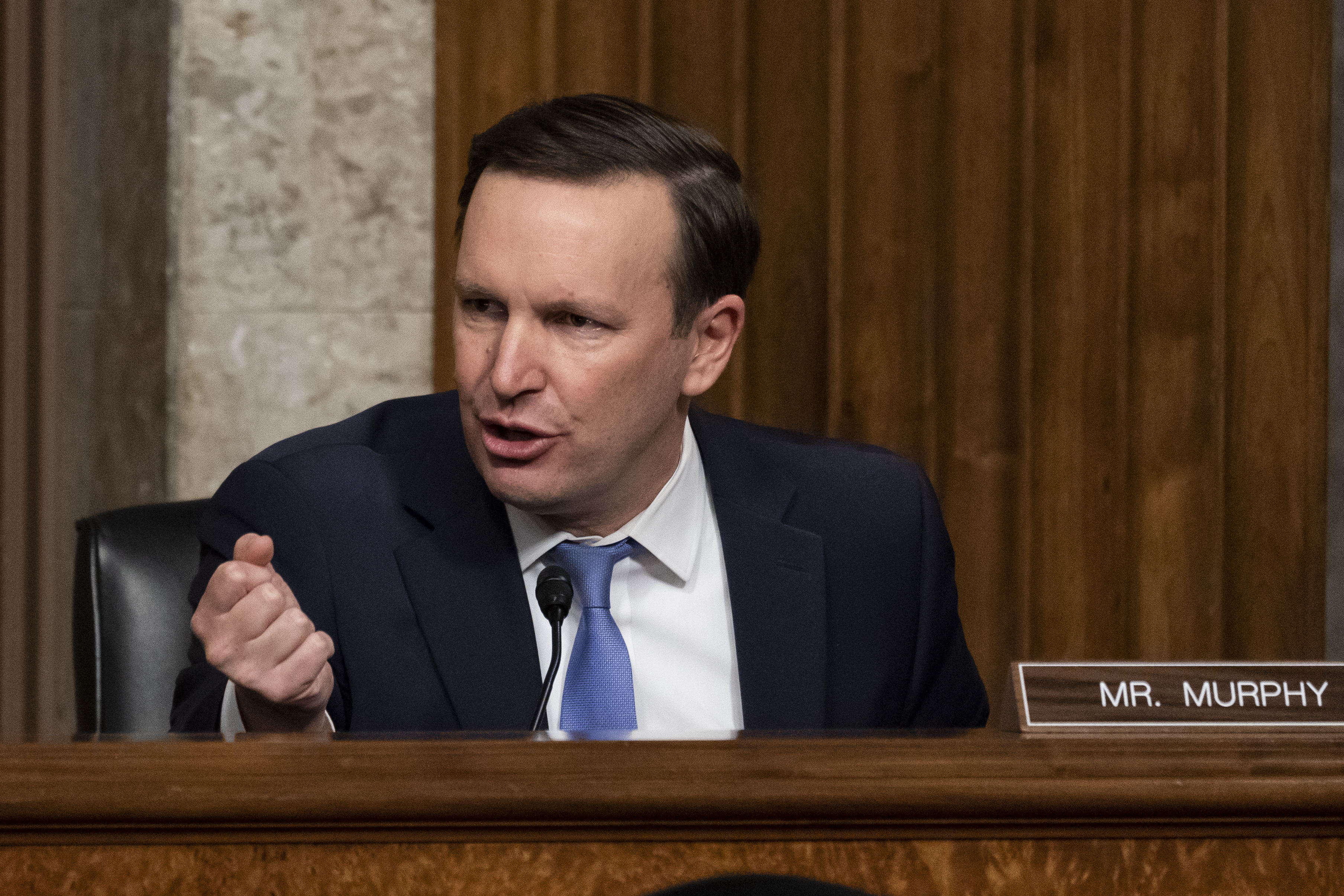 “The situation on the ground is only getting worse, and as Putin goes up the ladder of what he’s willing to do to innocent women and children, we should keep going up the ladder of what we’re willing to do to stop him,” Rep. Eric Swalwell (D-Calif.) said. “As we’ve leaned in on sanctions and bans, the world is joining us, the private sector is joining us, and Americans also support it.”

Biden announced the U.S. embargo on Tuesday, with the United Kingdom following suit. It was the only major European nation to join the U.S. in the move. Yet that didn’t deter House Democrats from pursuing their own oil ban vote as soon as Wednesday, even as senators signaled they were likely to accept the administration’s move.

The House and Senate went different directions for the usual reasons; while Speaker Nancy Pelosi can muscle a bill through with only Democratic votes if need be, getting an oil import ban through the upper chamber requires significant floor time and opens up the legislation to potentially volatile debates around energy policy.

High on the list of divisive topics raised by the proposed oil ban is Republicans’ eagerness to slam Biden for inhibiting domestic oil production, which they said could alleviate the pressures on American consumers that will likely be caused by limiting global supply.

“Of course Republicans are going to savage Democrats for increasing gas prices and will not reference their support for a Russian oil embargo at all. We just need to be ready for that,” said Sen. Chris Murphy (D-Conn.).

Murphy noted he’s “all for” banning Russian oil, but suggested the White House had already alleviated the need for congressional action.

“They have done what we have asked,” added Murphy. “I’m not sure it’s necessary to tie their hands.”

Still, the House appeared headed for a Wednesday vote on its proposal, which is not expected to suspend permanent normal trade relations with Russia and Belarus — despite congressional trade leaders from both parties announcing that in an agreement Monday.

Doing so would have caused a jump in tariffs on certain products from those countries, putting their producers at a disadvantage compared to countries more friendly to the U.S.

Rep. Earl Blumenauer (D-Ore.), who chairs the House Ways and Means Committee’s trade subpanel, said the revised legislation “is not all that I would like it to be” but acknowledged that House Democrats have to move at a pace that matches the administration’s “comfort level.”

“I know that there was some hesitancy on the part of the administration. It is no secret,” Blumenauer said. “But they are managing an incredibly complex set of relationships, and I think they’ve done an excellent job in doing that.”

Democrats and Republicans hustled in recent days to strike a bipartisan deal that penalizes Vladimir Putin by taking aim at trade with Russia, which does a modest amount of trade with the U.S. compared to other world powers.

One congressional aide with knowledge of the discussions said the main point of the original proposal was to revoke normal trade relations. But that triggered a spat between House Democrats and the White House.

Democrats were less compelled to treat the White House delicately when it came to the Russian oil ban. Politically, they were in a no-win situation from the beginning.

If they — or the White House — balked at the ban, Democrats left themselves open to attacks of being soft on Putin. But moving forward with a ban would send gas prices higher and Republicans would still attack Biden for the pain at the pump, even though they first supported the measure that sent costs rising.

Even so, as the brutality of Putin’s assault on Ukraine became clearer, Democrats decided the U.S. needed to ramp up its sanctions, regardless of Biden’s desire to move in lockstep with European allies.

“The resolve of the Ukrainian people had to be reflected in the resolve of the American people to do what we can do,” added Sen. Ed Markey (D-Mass.), who first introduced his bipartisan oil-ban legislation last Thursday. “It just took people a while to fully understand the implications of American consumers continuing to finance the war.”

“As we’ve seen Putin’s position harden and double down on his reign of terror on Ukraine, and the inspiration of people like President Zelenskyy, I think it’s inspired us all to try to figure out how we can do more to stop the killing, particularly of civilians,” said Sen. John Cornyn (R-Texas).

Biden framed the move Tuesday as “targeting the main artery of Russia’s economy” and saying it means “the American people will deal another powerful blow to Putin’s war machine.”

He also tried to put the blame for the resulting price hike squarely on Moscow, calling it “Putin’s price hike.” It was a deliberate effort to frame the skyrocketing gas prices as the fault of Moscow, not Washington. Biden hit that again later at an event in Texas when he acknowledged that prices were going to rise and added that he “can’t do much right now. Russia is responsible.”

With Democrats already staring down losses in the midterm elections and inflation continuing to inflict economic hardship on Americans, some Democrats said it was inevitable that Republicans would use the issue against them. But most publicly dismissed concerns about political blowback should consumers have to pay more, saying it was ultimately the right thing to do.

Still, it’s always difficult for the party in power to tell Americans that they should weather higher prices for a cause thousands of miles from American shores. Republicans have used the issue to promote their long-standing support for higher U.S. fossil-fuel production.

“Republicans have also been calling for a complete policy pivot to increase domestic production, which Biden and Democrats are opposed to and would mitigate the price increases,” observed Sen. Kevin Cramer (R-N.D.).

Democrats consider that attack misleading, since many of Biden’s moves to wean the economy off fossil fuels have not been implemented yet and are long-term in nature.

Biden, for his part, pushed oil and gas companies to increase capacity and not to take advantage of the situation in a time of war.

“Russia’s aggression is costing us all,” the president warned the industry during his Tuesday remarks. “And it’s no time for profiteering or price gouging.”

In the meantime, the White House is pushing oil companies to increase their production to backfill the gap created by the new embargo of Russian oil. White House press secretary Jen Psaki, speaking to reporters aboard Air Force One on the way to Ft. Worth, Texas, said the administration is considering “a range of options” to blunt the impact on consumers.

Love Is Blind Season 2: Who Else Proposed to Natalie Lee?