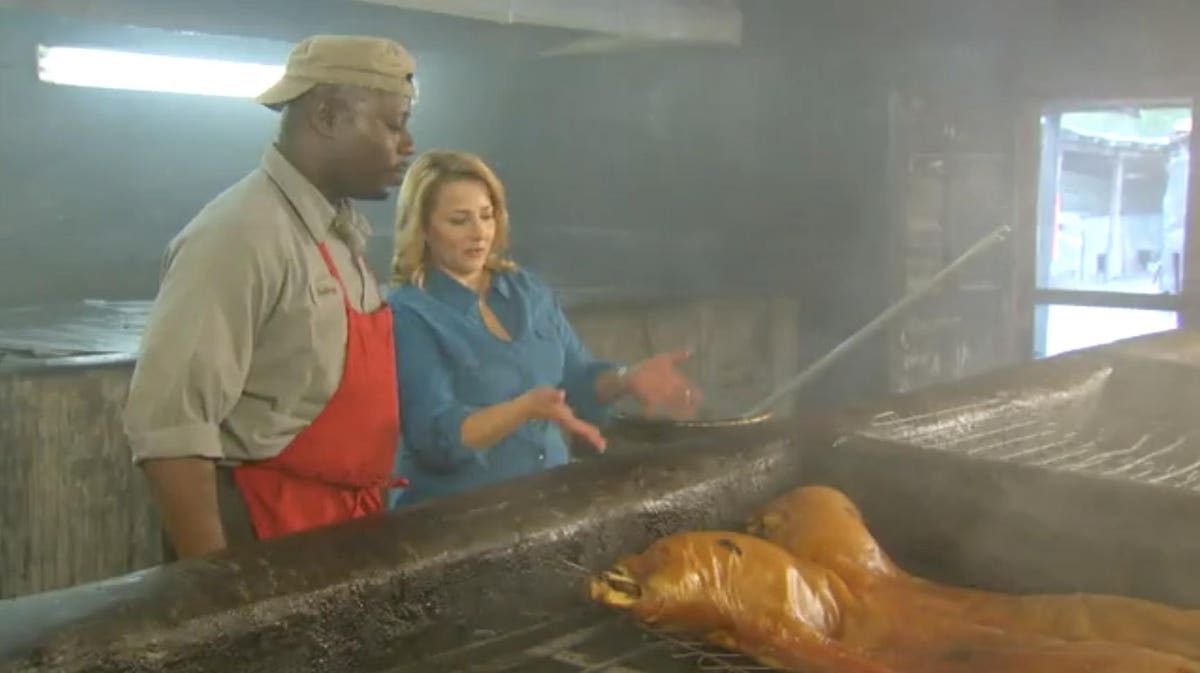 Rodney Scott is from Hemingway, South Carolina, a town that has a population of less than 500 people and is about an hour from the hub of the Grand Strand, Myrtle Beach. It is also the hometown of another famous food personality.  Sylvia Woods who co-founded Sylvia’s Restaurant of Harlem was also from this small southern town.  It may be a coincidence, but I’d be willing to bet that there is a long tradition of great food in the kitchens and pits of the small farming community.

Today is a big day for Rodney. It is publication day for Rodney Scott’s World of BBQ: Recipes and Perspectives from the Legendary Pitmaster by Rodney Scott and Lolis Eric Elie (Clarkson Potter). The book is a first for Rodney who won a James Beard Award in 2018 for Best Chef Southeast. His publisher states that this is the first cookbook by a Black pitmaster which seems—literally—unreal as the tradition of Black pitmasters in the barbecue world is long and storied.

The cookbook is not only a collection of recipes. It is Rodney’s life story. It is written in a matter-of-fact, honest voice that humbly recounts both the triumphs, and the sad riffs that often happen with family businesses.  Rodney’s journey from Hemingway to Charleston takes many turns, and you can feel his emotions as he both struggles uphill and glides gleefully downhill with a huge smile on his face.  Rodney likes to say that “every day is a good day,” and you hear that message loud and clear.  He is unapologetic about the stories that he is choosing to tell and that ‘no regrets’ attitude is one that we would all be smart to adopt.

His stories whet your appetite for the food.  Reading the book feels like you are sitting down with Rodney, sipping a whiskey and enjoying his barbecue while he tells you how he made it, and what made him the man he is today.

Rodney started cooking barbecue at the tender age of 11 at Scott’s Bar-B-Q, his family’s barbecue spot. Today, he has his own restaurants in Charleston and Birmingham, AL. Rodney is the chef and co-founder of Rodney Scott’s Whole Hog BBQ.  He and his friend, restauranteur Nick Pihakis, created the restaurant in 2017 to serve Rodney’s signature peppery whole hog barbecue, his famous pig skins and classic southern fare.

I used to spend a lot of time in coastal South Carolina and the first time that I visited Scott’s was about a dozen years ago. This was before Rodney became famous in barbecue circles, moved to Charleston, SC, and won his much-deserved award.

In fact, the first time I visited, he wasn’t there and I bought my sandwich from his mother.  One bite and I knew that I had to meet Rodney.  I had already made grilling and barbecue my work, and his style of whole hog was a peppery version of what I grew up with in North Carolina. It was intriguing to me because he was doing what he had learned from his father but it was very different from the more known South Carolina mustard-flavored barbecue. I was eager to sit down with him and learn some of the history of his barbecue and his tricks.

Soon that day came and I was lucky enough to have him teach me how to flip a pig!  As much as I had cooked and grilled and smoked meat, I had never flipped a pig and truth be told, I haven’t flipped one since either. It was exhilarating but it was much harder than it looks as Rodney explains in his book.

That day, I asked Rodney what was in his signature sauce and with a twinkle in his eye, he told me it was a secret. But it is a secret no more, as it is included in the book.  He tells the story of how back in Hemingway, the sauce was made on a makeshift stove on the ground. The pot was too big to fit on a stove, so a piece of roofing tin was placed on the ground next to the pits. Hot coals from the burn barrel were piled on the tin and the big pot was placed directly on the coals. And, that was how the sauce cooked. He doesn’t recommend that you try that at home, and—these days—he makes the sauce on the stove.

The two main ingredients in his sauce are vinegar and pepper, and Rodney says that the balance of the two has to be “right.” You don’t want either the vinegar or the pepper to be “overwhelming,” and as he says in the book, “you know it’s right when you taste a few drops of the finished sauce, and after you taste it, your mouth forms a kiss.”

Anyone who tastes Rodney Scott’s whole hog barbecue falls in love with it, and so it figures that your mouth will naturally pucker up for a kiss when the sauce is just right.

In a small stockpot, warm vinegar over medium-high heat. After about five minutes, when the vinegar reaches 150°F on an instant read thermometer, just before it starts to simmer, add the lemon slices and continue to cook until the lemon peels begin to soften and wilt about 10 minutes more.

Whisk in the black pepper, cayenne, pepper flakes, and sugar. Continue to cook over medium-high heat until the sugar is completely dissolved and the sauce reaches 190°F, about 10 minutes.

Remove from the heat and allow to completely cool before using. Once the lemon is removed, the sauce can be refrigerated in an airtight container for up to eight weeks. 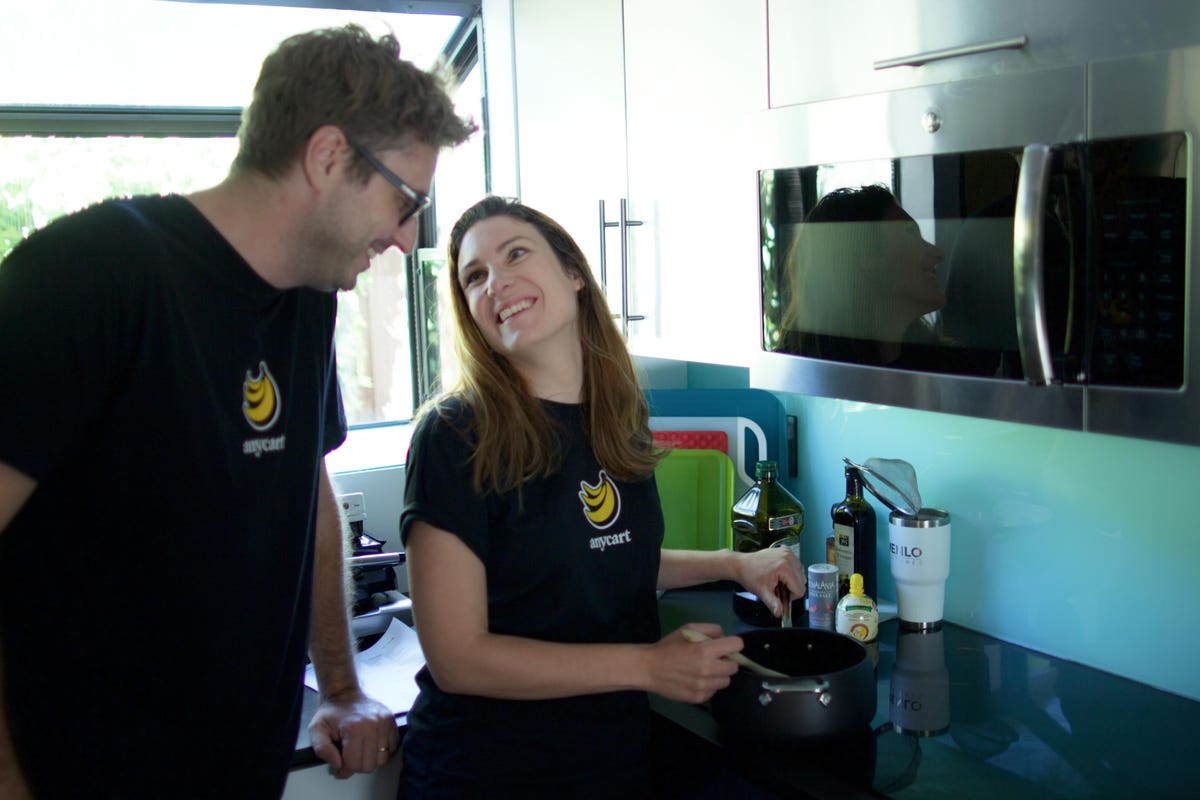 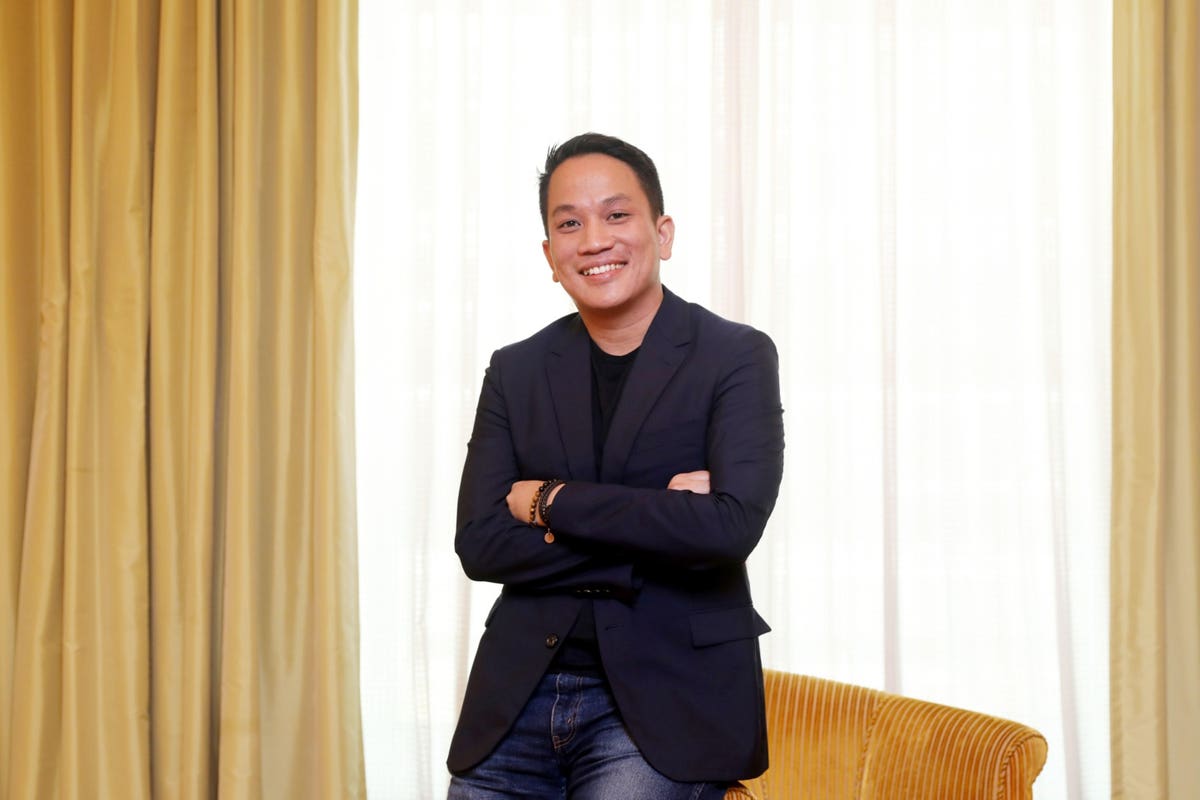 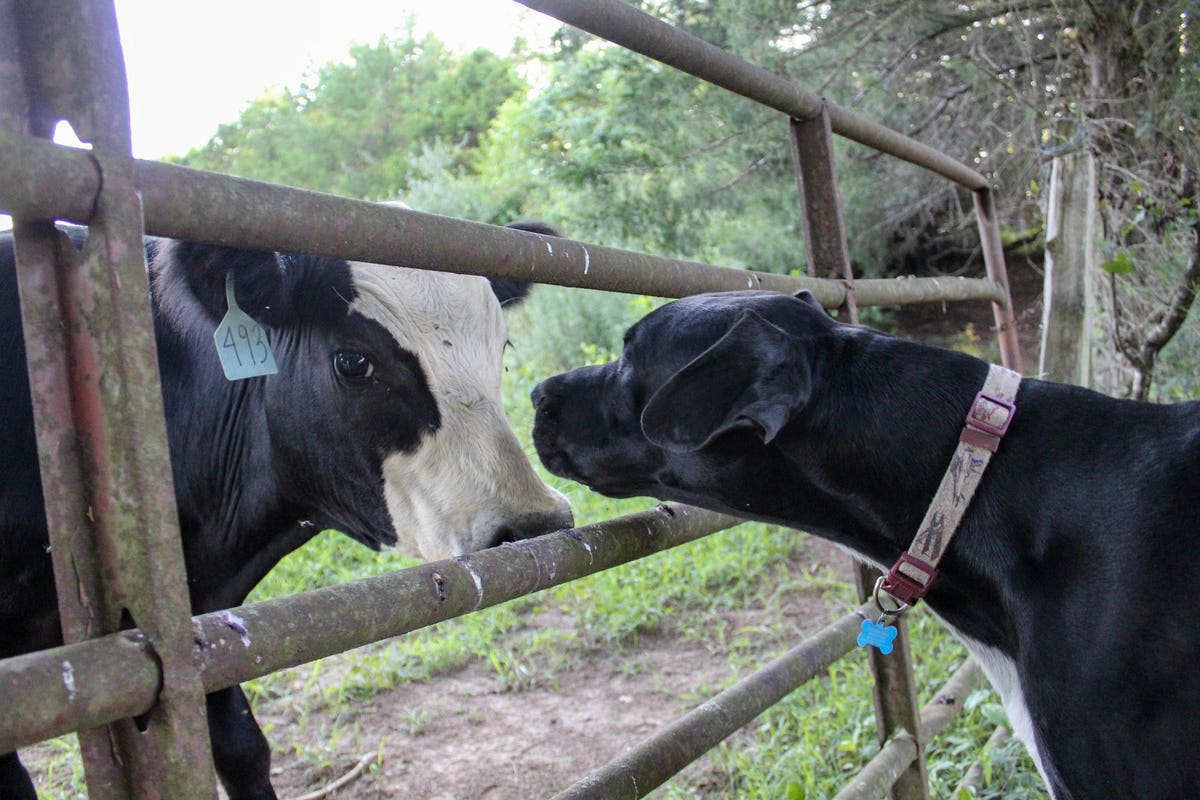