Given that International Rosé Day is coming up on June 12, it is only fitting to examine one of the companies that is disrupting this market—Yes Way Rosé. When Erica Blumenthal and Nikki Huganir started an Instagram account in 2013 to share their love of French rosé and its many hues of pink, they never dreamed that it would evolve into a very successful wine company.

In the beginning they just posted pretty pink photos and sold rosé-inspired apparel and accessories. They used the catchphrase “Yes Way Rosé” on Instagram to eventually grow their followers to nearly 60,000. Then in 2017 they decided it was time to start their own wine brand. So they flew to the south of France and spent several weeks visiting different rosé producers to taste wines. Eventually they found a wine that had the perfect floral nose and crisp, yet creamy strawberry and peach notes they were seeking.

What happened next baffles even the most experienced wine importer, because within two years of launching their wine brand, starting in 2018, they were able to achieve $13.5 million in annual revenues and import more than 150,000 cases of wine. This not only included their original Yes Way Rosé wine in a bottle, which is now the 4th best-selling French rosé in America, but also the #1 French canned wine and #2 sparkling French rosé, according to Impact Databank Reports.

How Did Yes Way Rosé Become So Successful So Quickly?

So how did two childhood best friends from Baltimore with no background in wine manage to disrupt the US rosé market so successfully? The answer may lie in some of the entrepreneurial research literature published in a Harvard Business School report. This model shows that there are four factors that play into success for new entrepreneurs: personality traits, knowledge, the right environment and active performance. In an online interview with Erica and Nikki, and then applying this model, it is possible to see many of these elements at play in the success of their business:

Personality Traits – Openness, innovativeness, risk attitude and self-confidence are key entrepreneurial traits that both friends exhibited in following their passion for rosé by starting the Instagram account and extending it into an accessories business, and then eventually to wine. They seemed to have little fear and much innovation in following their rosé passion.

“When we introduced the idea of Yes Way Rosé in 2013,” said Erica, “we did it as two friends with an Instagram account, $50 each to make tote bags with our bold, unexpected logo, and a big passion for dry, beautifully pale pink French rosé.” Nikki adds, “we are always innovating.”

Knowledge – Education, training, experience, and knowledge are necessary to start a new business. Though neither women had a degree or experience in wine, they were both graduates of the Fashion Institute of Technology; Erica with a degree in Fashion Business Administration and Nikki with a BFA in Graphic Design. They also had work experience in journalism and design – skills that contributed to the eye-catching photos on their Instagram feed, and later with the development of accessories, wine labels, and the pitch to distributors and retailers to carry their wine brand.

However, once they decided to follow their dream of selling French Rosé wine, they realized that they needed more wine education. “In 2016,” reported Nikki, “after growing the accessories brand for a few years while simultaneously working other jobs, we sat down and discussed what we had built and where we wanted it to go. Rosé was our passion and the basis for the brand so we decided to go for it. We stopped doing other work and focused completely on making the wine. We hit the books and learned everything we could about rosé wine.”

The Right Environment – Fortunately for Erica and Nikki the environment was also very positive for rosé wine. In other words, the timing for starting their business was great. French rosé had already become popular with the launch of such well-known brands as Whispering Angel and Miraval. The fact that the latter brand was developed by Brad Pitt only made it more appealing. Hollywood had embraced rosé, and it was often featured in popular shows, as well as online and in social media.

According to NielsenIQ, sales of rosé wine in the US increased from $110 million in 2017 to $757 million year to date May 22, 2021. This is a stunning 584% increase. The question of whether or not this will continue is obviously uncertain, but for now America’s love of rosé seems to on course.

Active Performance – among the activities identified in the Harvard study were active goals and vision, social strategy to networking, active approach to mistakes and learning, and effective planning and implementation. Nikki and Erica appeared to excel in this category, especially with the development of such a large following on social media. However they were not afraid to reach out to anyone to learn more.

“We were in the habit of talking to everyone and anyone we could,” said Nikki. “We went to France and traveled around to different vineyards to educate ourselves. Because we had built our brand using social media and promoted wines successfully, people were welcoming and open with us about the process of making our own wine. We ultimately had interest from big retailers to make the wine and met our importing partner first. Their connections in France led to us meeting our current winemaking team. “

In addition, they have always had a very clear vision of the type of wine they want to make and import. “It was imperative to us that the wine be a classic, high quality French rosé, that it be bottled in a modern and fresh way, and that it be accessible in price and availability,” explained Erica. “We wanted to create a brand that was outside the walls of the traditional wine world, one that’s both stylish and delicious, but didn’t take itself too seriously.”

Indeed the mission of Yes Way Rosé is “to spread humor, joy and positivité through high qualité rosé that doesn’t take itself too seriouslé.” The addition of an accent mark at the end of words is added deliberately to illustrate that the brand is fun and accessible. The suggested retail price point of $14.99 per bottle also supports their vision.

When it came to finding a wine distributor and retail partner – the most challenging aspect of wine business for most new wine brands – a little bit of luck also played into the equation.

“It’s a funny story,” explained Erica, “because as Nikki and I were working on the best way to make Yes Way Rosé wine, a lifestyle presentation we had sent to Target
ended up in the hands of their adult beverage buyer. On a call we told him about our vision for the wine and he introduced us to our now importing and distribution partner, Prestige Beverage Group.  The wine was first introduced in Target stores in 2018 and now is carried by Trader Jo’s, Kroger’s
, and independent wine shops and restaurants.”

Next Steps for Yes Way Rosé

As Yes Way Rosé begins its third year of life as a brand, Erica and Nikki are continuing to innovate and build new partnerships. With the success of the bottled wine, they quickly adopted cans, and then added a sparkling rosé in both a regular size and mini-bottle. A partnership with Igloo was just introduced on June 9th, where they teamed up to release a limited-edition cooler.

More recently they introduced several flavored rosé spritzes in a can, and added a more upscale bottled wine from the Cote de Provence appellation. The original is from the Mediterranee IGP, and is only 110 calories, 12. 5 alcohol, 2 grams carbs, and 1 gram sugar per 5 ounce serving. Much of this innovation seems to be working because since early May and the beginning of rosé season, the brand has seen a 38% increase in sales.

“We think the success,” explains Erica, “is attributed to creating an authentic product which is classic and stylish French rosé at an accessible price point founded and owned by women with untraditional wine backgrounds who aren’t celebrities! Having a partner with the capabilities of growing and scaling with us has allowed us to do what we have in a short period of time.”

The Finest Culinary Experiences In The UK 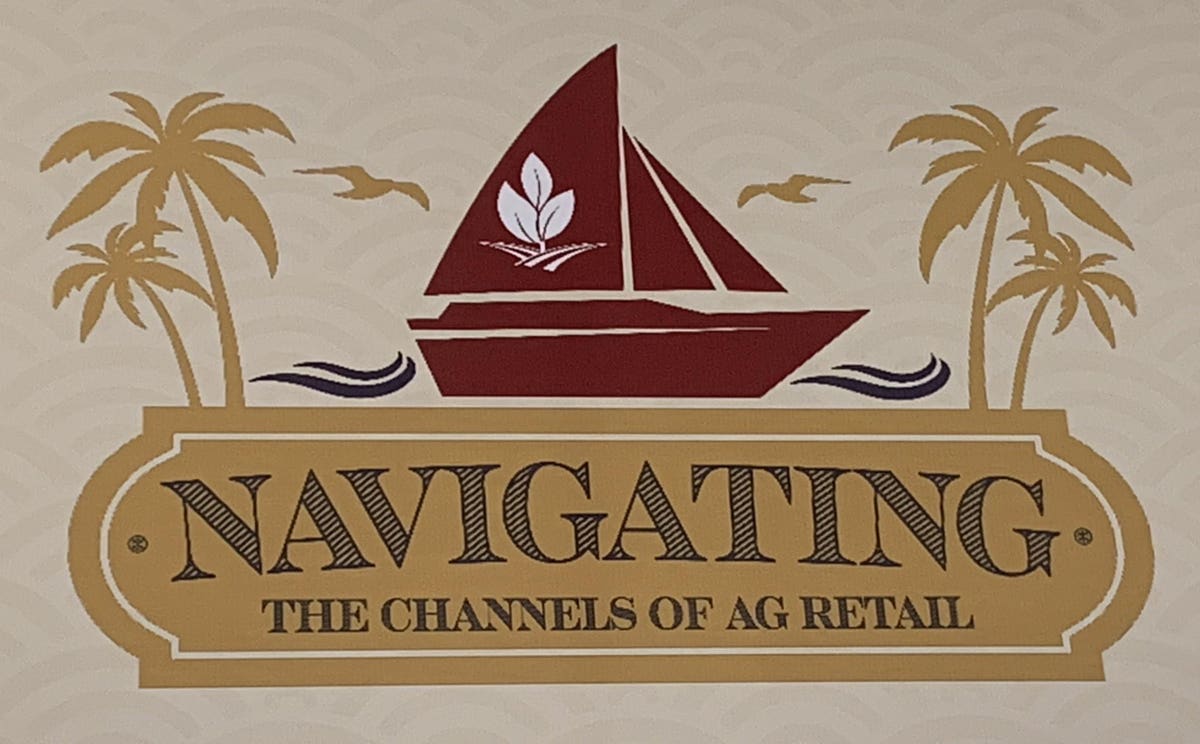 Ag Retailers Meet During A Time Of Extraordinary Change

Drew Barrymore On Becoming CMO At Quorn And Her ‘Epic’ Plans How Do You Choose Quality Chicken Products?