In big news for the Indian automotive sector, Hyundai has announced it will invest around Rs 4,000 crore to launch six all-electric vehicles in India by 2028. In its statement, Hyundai said it will introduce a variety of models – which will include an SUV, a sedan as well as a compact crossover – built on current platforms modified to incorporate an electric powertrain, as well as models based on its dedicated EV architecture, named the Electric Global Modular Platform (e-GMP). The first of these six models – expected to be the all-new Hyundai Ioniq 5 crossover – will be launched in 2022, confirmed Hyundai Motor India MD & CEO Seon Seob Kim to PTI.

“As we continue to redefine the mobility space, today we are yet again showcasing our commitment towards Indian customers with the announcement of expanding our BEV line-up to six vehicles for the Indian market by 2028. Keeping in line with this thought, we will introduce our dedicated BEV Platform E-GMP as well as modified platforms for battery electric vehicles in India,” Kim noted.

Models based on the Hyundai Group’s E-GMP platform can feature batteries of up to 77.4 kWh capacity. With the ability to incorporate both single- and dual-motor layouts, vehicles based on E-GMP can offer two-wheel-drive and four-wheel-drive options.

The first of the six EVs coming to India will be the Ioniq 5 crossover, which rides on a massive 3,000 mm long wheelbase, a figure that not only dwarfs wheelbases of many other EVs, but is longer than even Hyundai’s flagship SUV, the Palisade. Abroad, it is offered with a choice of standard range 58 kWh, or long-range 72.6 kWh battery packs, single or twin-electric motors, and accordingly deliver up to 480 km of driving range (WLTP, 2WD), a 0-100 kph time of 5.2 seconds (AWD) and go from 10-80 percent charge in just 18 minutes. The Ioniq 5 crossover is expected to be the first of six all-electric models Hyundai has in store for India. Image: Hyundai

Also expected is a mass-market offering, potentially based on a modified version of an existing platform, with a range of over 300 kilometres. The facelifted Hyundai Kona Electric, too, is understood to be among the six launches outlined.

Kim noted that Hyundai is looking at developing a complete ecosystem for electric vehicles in the country and is currently focusing on ways to localise production processes.

Besides, efforts are on to locate the right set of partners for charging infrastructure as well as other related activities, he added.

“Our R&D team along with the procurement department has done some market research. We are trying to explore some partnerships with local suppliers. We have shortlisted some candidates and we are reviewing their capabilities,” Kim said.

The EV production would happen at the company’s Chennai-based plant, he stated while adding that in the initial phase major components like batteries could be sourced from abroad.

“We are having discussions with many global battery players in China and South Korea. It is still not clear whether local manufacturing will happen here in the next few years. I hope in a few years it will be manufactured here” Kim said.

He noted that the EV segment is currently small in the country but is expected to grow over the next few years.

In India, the EV sales are less than one percent of the total sales, but customers will understand the benefits of the EV, and the sector would grow eventually, Kim stated.

With inputs from PTI

In a First, Physicists Glimpse a Quantum Ghost Delaware Court allows Twitter and Musk to complete merger by Oct 28, but Elon wants the case to be ‘cancelled’- Technology News, Firstpost 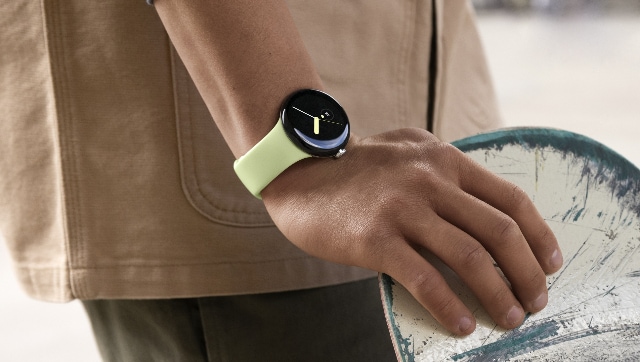 A One-Stop-Shop for Brain Maps