May 10, 2021, marks what would have been Tommy Lee and Heather Locklear’s 35-year wedding anniversary! This super-famous couple of the ’80s had a high-profile romance, marrying a year after they met in 1985 when the drummer was at the height of his Mötley Crüe fame and the actress was starring on “Dynasty.” But the rocker and the beauty parted ways seven years later amidst rumors of Tommy’s infidelity. In honor of this memorable celebrity romance, Wonderwall.com is taking a look back at more iconic rock couples through the years…

RELATED: ’80s rockers: Where are they now?

Mick Jagger dated his fair share of beautiful women, but his relationship with Marianne Faithful is the stuff of rock legend. Marianne was a talented musician herself who co-wrote “Sister Morphine” for the Rolling Stones and influenced the group and their iconic ’60s style. The gorgeous couple dated for four years, with Marianne ending things in 1970 as the Rolling Stones were at the height of their fame and she was coming off success as an actress in a string of films including 1969’s “Hamlet.”

RELATED: Music stars over 65 who are still rocking

Impossibly cool rock couple David Bowie and Iman are up next. The musician and the model were a match made in heaven, meeting at a dinner party in 1990. David told HELLO! magazine his attraction to Iman was “immediate and all-encompassing,” adding that when he met her, he thought, “That should would be my wife, in my head, was a done deal.” Their sweet romance kicked off that year and resulted in marriage in 1992. They welcomed daughter Alexandria in 2000. They were married for 26 years until his death from cancer in 2016.

RELATED: 32 rock stars when they were young

Deep Purple singer-turned-Whitesnake frontman David Coverdale had a memorable romance with actress-turned-video vixen Tawny Kitaen in the late ’80s. She famously starred in his band’s music videos for “Here I Go Again,” “Is This Love” and “Still of the Night.” The MTV staples married in 1989 but split just two years later.

It was a match made in heaven — a Victoria’s Secret model and the lead singer of a rock band. Lily Aldridge and Caleb Followill met, fittingly, at the Coachella Valley Music & Arts Festival in 2007 and soon started seeing each other. She even starred in his band’s music video for the 2008 hit “Use Somebody.” After dating for a few years, the stunning couple wed in 2011 and have since welcomed two kids, daughter Dixie and son Winston.

Fleetwood Mac provided us with our next love story — the one between Stevie Nicks and Lindsey Buckingham. They actually started dating well before they joined the famous band, as they originally met in the ’60s during Stevie’s senior year of high school. After playing in a few other bands together and both attending San Jose State University, they found themselves joining Fleetwood Mac in December 1974. Two years later, their relationship was over, but their romance and heartbreak gave us some iconic songs including “Landslide,” which Stevie noted she wrote about their deteriorating relationship, and “Go Your Own Way,” which Lindsey wrote about Stevie.

Priscilla Presley was just 14 when she met a 24-year-old Elvis Presley in Germany where her father was stationed at the same time the King of Rock ‘n’ Roll was doing military service there. They began an innocent yet long romance that led Elvis to propose in 1966. They married in Las Vegas just a few months later and welcomed daughter Lisa Marie Presley — Elvis’s only child — in 1968, exactly nine months after their wedding day. They split in 1972.

Shannon Tweed was a Playboy Playmate — Playmate of the Year in 1982 and Hugh Hefner’s partner for 14 months, in fact! — before she fell for the one and only Gene Simmons of KISS. The singer-bassist met the model at the Playboy mansion, naturally, and they started dating in 1983. After 28 years and two kids together, daughter Sophie and son Nick, the longtime lovers finally made things official and married in 2011.

One of the most famous couples in music ever are up next — Yoko Ono and John Lennon. The Beatles member met future wife Yoko in November 1966 when she was setting up her art exhibit at the Indica Gallery in London. The two were reportedly instantly fascinated with one another, though Yoko supposedly had not heard of The Beatles at that time. They began corresponding, despite John being married to Cynthia Powell at the time. He referenced Yoko in 1968’s “Julia,” and then while his first wife was away that same year, he invited Yoko to visit him. The two started a romantic relationship that led to marriage the following year and the birth of a son, Sean Lennon, in 1975. The legendary music couple were together until John’s tragic 1980 murder, despite having an unconventional (and reportedly open) relationship.

Guns N’ Roses lead singer Axl Rose dated supermodel Stephanie Seymour beginning in 1991. Their courtship resulted in Stephanie appearing in two of the band’s music videos, “Don’t Cry” and “November Rain,” and eventually led to an engagement, though they never made it down the aisle. The couple split in 1993 and things took a bitter turn when they sued one another — Axl accused her of assaulting him and stealing jewelry while Stephanie claimed he’d physically abused her.

It was a rock romance written in the stars when No Doubt and Bush both performed at a holiday concert for Los Angeles radio station KROQ in 1995. Lead singers Gwen Stefani and Gavin Rossdale struck up a romance, which led to marriage in 2002. The musicians, who had three sons together, lasted for nearly 20 years, splitting in 2015.

Patti Scialfa was a talented guitarist, singer and songwriter when she joined the E Street Band in 1984 and soon headed out on tour with Bruce Springsteen, postponing recording her own album. The two weren’t romantically involved yet — Bruce was still with first wife Julianne Phillips and Patti briefly dated Tom Cruise — but by 1988, Bruce had separated from Julianne and he and Patti struck up a romantic relationship. By 1990, they’d welcomed their first child, son Evan, and they married in 1991. Daughter Jessica joined the brood in 1991, followed by son Samuel in 1994. They’ve been settled in New Jersey ever since, impressing the rock world with their successful love story.

Rock music’s most mysterious couple? That’s Meg White and Jack White, who originally claimed to be brother-and-sister members of The White Stripes. It was later revealed that the duo had actually married in 1996, but they kept up the charade of being siblings until splitting as a couple in 2000… though they remained bandmates and went on to find worldwide success as a duo. Meg later married future-ex-husband Jackson Smith (the son of rockers Patti Smith and Fred “Sonic” Smith) in Jack’s backyard!

The Beatles star Paul McCartney and photographer Linda McCartney had a long relationship that kicked off in the ’60s. They married in 1969 and welcomed three children together (he adopted her daughter from her first marriage). The couple moved to a farm and became animal activists following the disbanding of the Beatles in 1970 and soon formed the band Wings. Linda tragically passed away in 1998 after a three-year battle with breast cancer.

Courtney Love and Kurt Cobain were both rockers in their own right upon meeting in 1990. Kurt was the leader of Nirvana and Courtney fronted Hole. Two years later, they married in Hawaii and welcomed daughter Frances Bean in August 1993. Tragically, Kurt died by suicide less than a year later in April 1994.

Rolling Stones guitarist Keith Richards was 35 when he met model Patti Hansen on her 23rd birthday at Studio 54 in 1979. Nine months later, he saw her again at his 36th birthday party — Mick Jagger’s then-partner, model Jerry Hall, had invited her — and they soon started dating. The couple, who have two daughters together, married in 1983.

Debbie Harry’s relationship with Blondie co-founder Chris Stein was ignited when they became bandmates. They met in 1974 when Chris joined her then-band, The Stilettos. They went on to co-found Blondie in 1974 and soon made it big with hits like “Rapture,” “Heart of Glass” and “Call Me.” Their romance endured until 1989, after which they remained bandmates.

Rocker Pete Doherty was the frontman of The Libertines when he met a very famous model by the name of Kate Moss at her birthday party in 2005. They kicked off an intense off-and-on relationship for the next few years that included marriage plans before they finally split for good in 2007.

Death Cab for Cutie rocker Ben Gibbard found love with another famous face — Zooey Deschanel, who sings in the duo She and Him on top of acting — in the ’00s. Zooey and Ben made it to the altar in 2009… though they ended up splitting just two years later in 2011.

Pat Benatar is a legendary rocker who rose to fame in the late ’70s. And by her side the whole time? Guitarist Neil Giraldo, who was playing for Rick Derringer before joining Pat on tour in 1979. The talented duo started dating and married in 1982, eventually welcoming daughters Haley and Hana. Their love sparked some serious music magic — Neil also produced some of Pat’s biggest hits including “Love is a Battlefield” and “We Belong” and performed on every one of her albums.

Musicians Regine Chassagne and Win Butler married in 2003 — the year before their band, Arcade Fire, found fame with their debut album, “Funeral.” They’ve continued to make music together in their group, which also includes Win’s younger brother Will, ever since.

Musician Kid Rock and actress Pamela Anderson kicked off a wild romance made in tabloid heaven back in 2001 and got engaged the following year. Their turbulent relationship ended for the first time in 2003, but it wasn’t the last of the famous duo. They found their way back to each other in 2006 and married that same year in July… only to end things that November.

Beastie Boys member Adam Horovitz — who previously dated Molly Ringwald and was married to actress Ione Skye in the early ’90s — found love in 1996 with fellow musician Kathleen Hanna of the punk band Bikini Kill. Kathleen went on to front Le Tigre in the late ’90s and early ’00s, and then The Julie Ruin after 2010. Her songs “Capri Pants” with Bikini Kill and “Just My Kind” from The Julie Ruin are about Adam, aka Ad-Rock. They married in Hawaii in 2006 and are still together. 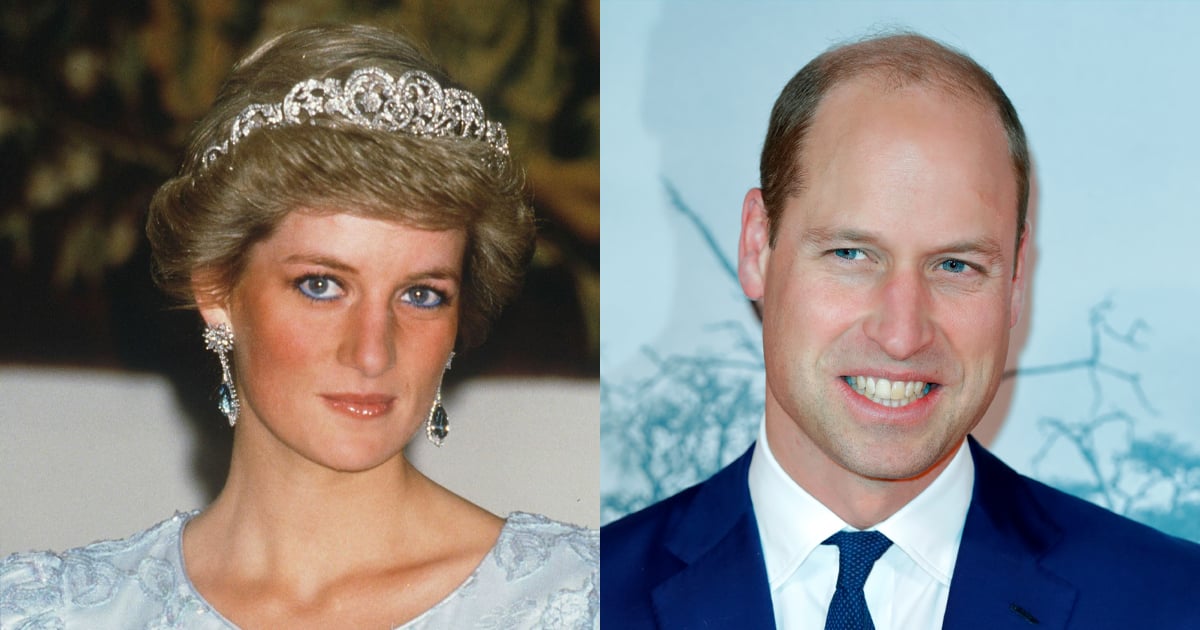 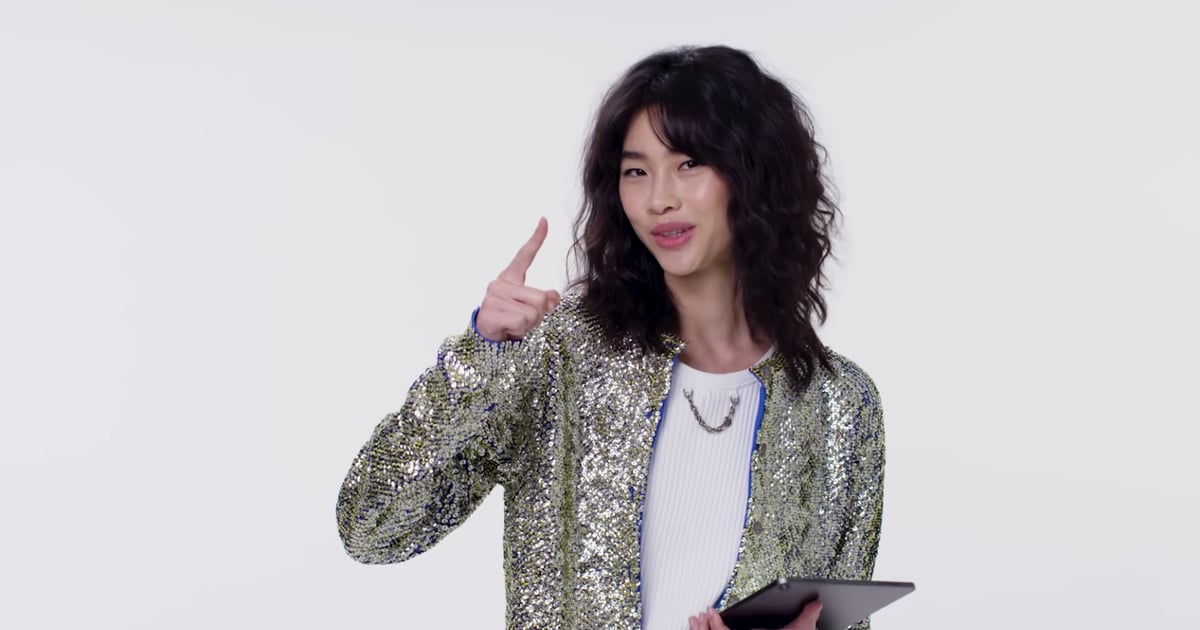