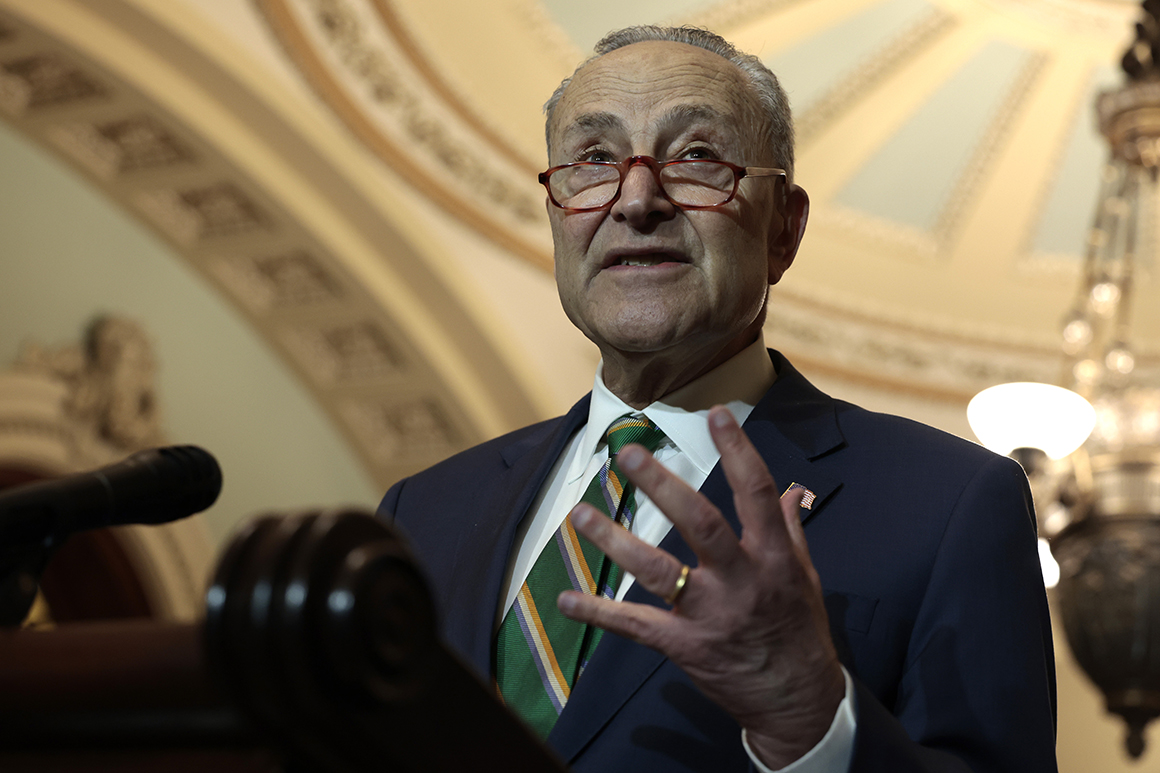 Lawmakers are resorting to extraordinary tactics last used during the most significant global conflict of the 20th century — yet another sign that the U.S. and its allies in Europe believe Russia’s invasion presents an existential threat to liberal order.

It’s also an indication that the Western world believes Ukraine can now win the fight against the Russian invaders. Congress recently approved nearly $14 billion of military and humanitarian assistance for Ukraine, some of which has already been doled out. On Tuesday, the State Department announced an additional $100 million in funding for Javelin missiles and other materiel, bringing the total security assistance to $1.7 billion since Russia invaded on Feb. 24.

The necessity of resupplying Ukraine’s armed forces took on greater urgency in recent days as the brutality of Russia’s war was further exposed, with lawmakers reacting swiftly to urgent pleas from Ukrainian President Volodymyr Zelenskyy in particular.

Horrific images emerged from the town of Bucha last weekend showing civilians laying dead in the streets with their hands tied behind their backs, prompting Western leaders to amplify their allegations of war crimes.

In a brief speech on the Senate floor Wednesday night, Majority Leader Chuck Schumer called the massacres “pure evil,” adding that Russian troops are carrying out a “genocide” in Ukraine.

“When we murder wantonly innocent civilians because of who they are, whether it be their religion, their race, or their nationality, that is genocide, and Mr. Putin is guilty of it,” Schumer said.

The Ukraine Democracy Defense Lend-Lease Act of 2022, as it’s known, would expedite the transfer of critical military equipment and other critical supplies to Ukraine by cutting bureaucratic red tape. It allows for the de facto gifting of equipment, with provisions stipulating that recipient countries would repay the U.S. at a later date.

“As the war in Ukraine unfolds, delivering military aid as quickly as possible is pivotal for Ukraine’s ability to defend itself against Putin’s unprovoked attacks,” said Sen. Jeanne Shaheen of New Hampshire, the lead Democratic sponsor of the effort. “The Kremlin is committing horrific assaults throughout the nation on civilian infrastructure and targeting innocent men, women and children.”

Sen. John Cornyn of Texas, the lead Republican on the effort, held up final passage of separate legislation as leverage to pass the Lend-Lease bill. That separate measure, a revocation of normal trade relations with Moscow, is slated to pass on Thursday morning as part of a bipartisan agreement to vote on additional Russia-related legislation, including an embargo of Russian oil imports.

It’s unclear if the House will take up the Senate-passed Lend-Lease legislation before both chambers leave Washington on Thursday for a previously scheduled two-week recess. The House is expected to pass the Russia trade bill after it clears the Senate on Thursday morning.

5% Mortgage Rates on the Horizon

Stars who got married in Las Vegas | Gallery