For years, Li Guangman, a retired Chinese newspaper editor, wrote in obscurity, firing off attack after attack at chic celebrities and celebrated tycoons whom he accused of betraying the sturdy socialist values of Mao. Few outside China’s fervent but narrow world of Maoist leftists read them.

Mr. Li leapt to prominence recently after an essay he wrote railing at celebrity culture and misbehaving corporations ricocheted across China’s internet, spreading on far-left-wing websites and then on at least five major Communist Party-run news websites, including People’s Daily, suggesting support from at least some top leaders.

The official boost for Mr. Li’s polemic startled Chinese political and business circles when doubt had already been rising about the growing role of the Communist Party in the economy. Among some, the essay left the impression that the party could intensify its crackdown on private corporations, tighten its grip on culture and hound the rich. Some critics pointed ominously to echoes of Mao’s Cultural Revolution of the 1960s, which had also emerged from attacks on the cultural elite by polemicists who were previously little known.

Perhaps surprised by the response, party officials and news outlets have tried to calm the waters without explicitly disavowing Mr. Li or removing his essay, and that has let confusion linger. On Wednesday, People’s Daily — one of the party news sites that shared Mr. Li’s essay — published a front-page editorial that said the government remained committed to market forces.

There is no evidence that China’s top leader, Xi Jinping, or other senior officials pushed Mr. Li’s essay, and China is unlikely to tip into the turmoil of the Cultural Revolution era. But the uproar has thrown a bright light on the ideological tensions and unease building as Mr. Xi assembles his agenda for a likely third term.

“Underlying this Li Guangman episode is deep anxiety and uncertainty about where Xi is taking politics and policy,” Jude Blanchette, the author of a study of China’s Maoist revivalists and the Freeman Chair in China Studies at the Center for Strategic and International Studies in Washington, said in an interview. “It’s an anxiety based on uncertainty about this question: How far does all this go?”

In the essay, Mr. Li celebrates reports of wealthy stars being detained on accusations of sexual assault or fined for tax avoidance. He cheers the investigations and fines of some of China’s biggest private companies accused of abusing their market power, including Alibaba and Didi.

A “profound revolution” is close at hand, Mr. Li declared, as Mr. Xi cleanses the country of moral and political rot, clearing the way for socialist revival under the slogan of “common prosperity.”

Two days later, a succession of party news sites republished a slightly toned-down version, suggesting they wanted to soften his views for a wider readership. Chinese liberals and pro-market economists denounced it, adding to the contretemps.

The Chinese government’s recent crackdown on erring companies and celebrities has reinforced Mr. Xi’s image as a staunch defender of socialist discipline. His promises of an impending era of greater equality and “common prosperity” have magnified expectations of bolder changes to narrow the wealth gap.

“The neo-Maoists have seen all of this as a greenlight to get back out and active,” Mr. Blanchette said. “Without further official clarity, they are reading into all of this a fundamental rectification of the private sector.”

Yet Mr. Xi and his advisers have also tried to reassure entrepreneurs that China welcomes them and respects the role of market forces and the private sector, and have said that any efforts to reduce inequality will be measured.

The oscillating messages have generated uncertainty over where Mr. Xi could lead China, and have emboldened radicals like Mr. Li. Officials who let leftists like him push the boundaries of discussion face much less risk of punishment than any who show sympathy with liberal dissenters.

Before he struck fame, Mr. Li, who is in his early 60s, had published more than a thousand essays, many taking aim at those he saw as undermining China’s socialist heritage. While a newspaper editor, he immersed himself in the world of leftists devoted to defending Mao’s ideas. Years before Jack Ma, the founder of Alibaba, came under official scrutiny, Mr. Li zeroed in on him as a political nemesis, embodying the tendencies that Mr. Li despised.

Since these far-left groups emerged during China’s surge of market-driven growth in the 1990s, they have had an uneasy symbiosis with the Communist Party. Activists in these groups number in the hundreds or thousands, and they have often served as left-flank vigilantes for the party, attacking dissidents and liberal academics.

After Mr. Xi took power, many of them embraced him as their great hope, and his recent emphasis on “common prosperity” — a phrase dating to the Mao era that suggests reducing inequality — has raised their expectations.

“They believe that they’re defending the moral high ground of socialist ideology,” said Deng Yuwen, a former editor for a party newspaper, The Study Times, who now lives in the United States. “If they publish something with too much negative impact, it will be taken down, but the authorities won’t outright ban them.”

Mr. Li’s overnight prominence has kindled theories that a leader in the party gave a greenlight to promote his searing attack. But that idea jars with how officials around Mr. Xi have recently gone out of their way to try to reassure private entrepreneurs that the government values them.

It was much more likely that a relatively junior propaganda official promoted the essay as an eye-catching assault on censured celebrities and companies without anticipating the dramatic reaction, said Mr. Deng, the former editor. He cited echoes of 2018, when a Chinese blogger argued that the private sector should be phased out, adding to jitters about the government’s intentions. Chinese officials, including Mr. Xi, stepped in to reassure entrepreneurs.

“Li Guangman is not that well known among us. I don’t think he has any special background,” Zhang Hongliang, who runs an ardently Maoist website in Beijing, said by telephone. “He caught onto a hot topic at the right time.”

In response to the essay, Zhang Weiying, a professor of economics at Peking University, issued an impassioned defense of markets and the private sector as the best guarantors of prosperity and social fairness. Gu Wanming, a retired journalist who worked for Xinhua, China’s main news agency, warned that Mr. Li had used the kind of storming rhetoric “that could only be heard 60 years ago in the Cultural Revolution.”

Even Hu Xijin, the editor of The Global Times, best known for his pugnacious attacks on the party’s critics, suggested in an online commentary that Mr. Li’s essay had gone too far. “It uses exaggerated language and deviates from major guiding policies,” wrote Mr. Hu.

The commotion may calm down only when Mr. Xi clarifies how far he wants to alter China’s economy and where he stands on the private sector, Mr. Deng said.

“An essay in the People’s Daily won’t be enough to make them back down,” he added of China’s emboldened leftists. “Now everyone is trying to guess how far Xi Jinping wants to go.”

17 Things Millennials Are Killing Off 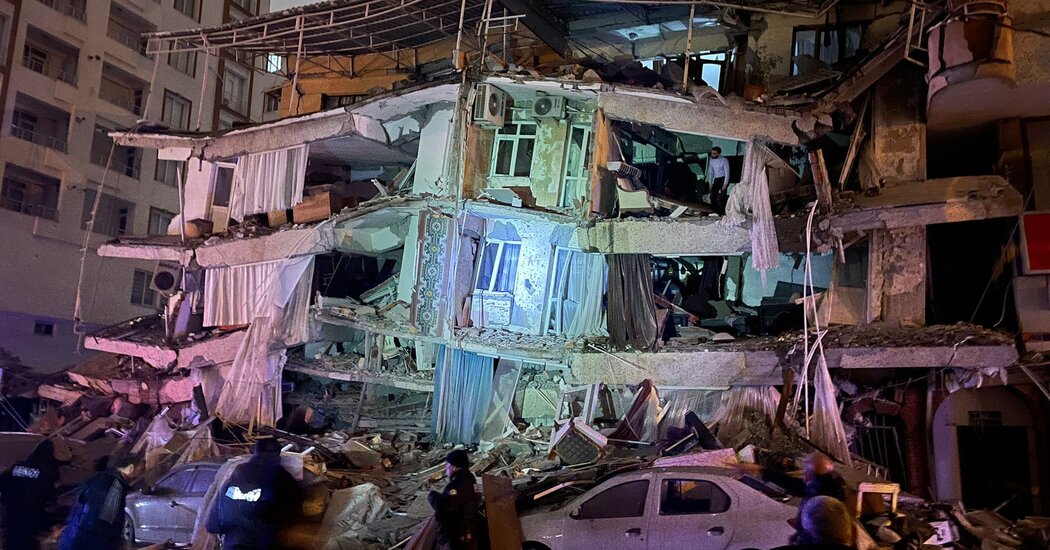 How News of the Earthquake Spread in Gaziantep, the Epicenter 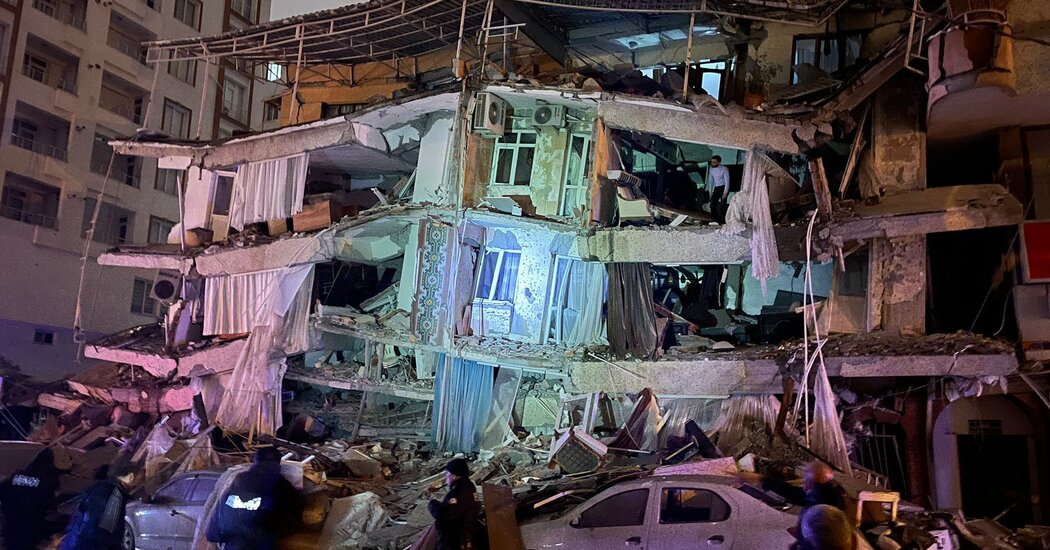 After the Quake: Photos from Turkey and Syria 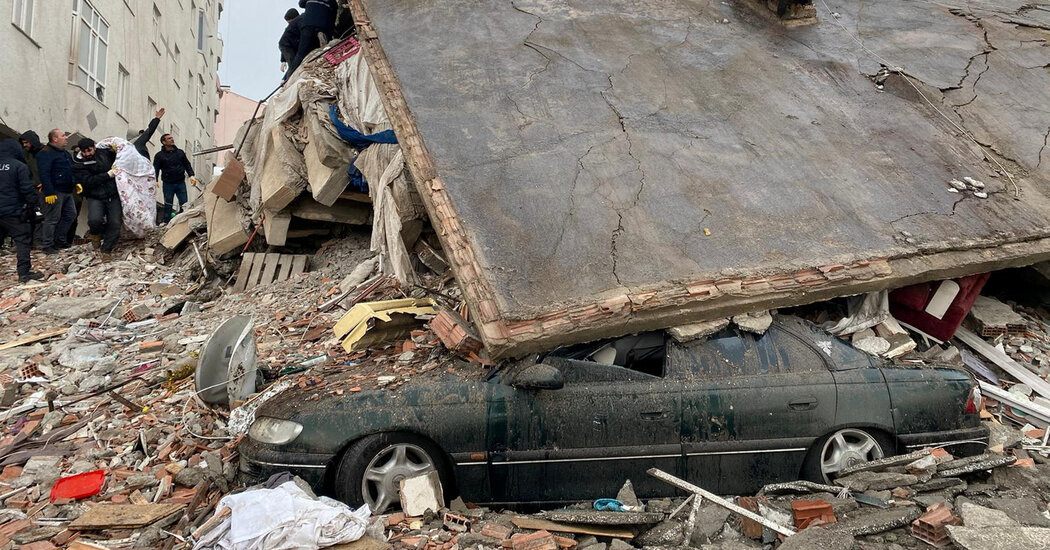 How strong is a magnitude-7.8 quake? 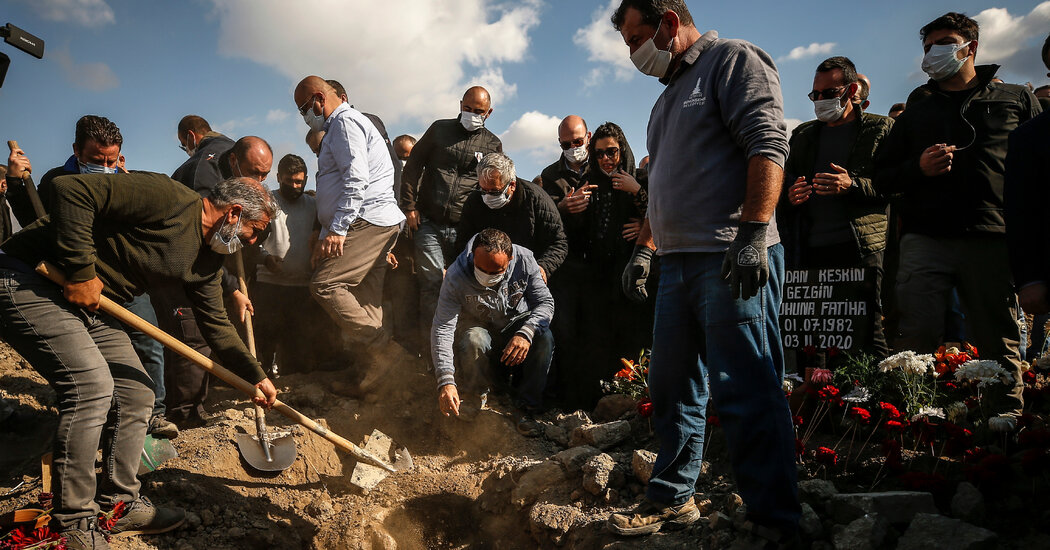 A Timeline of Deadly Earthquakes in Turkey