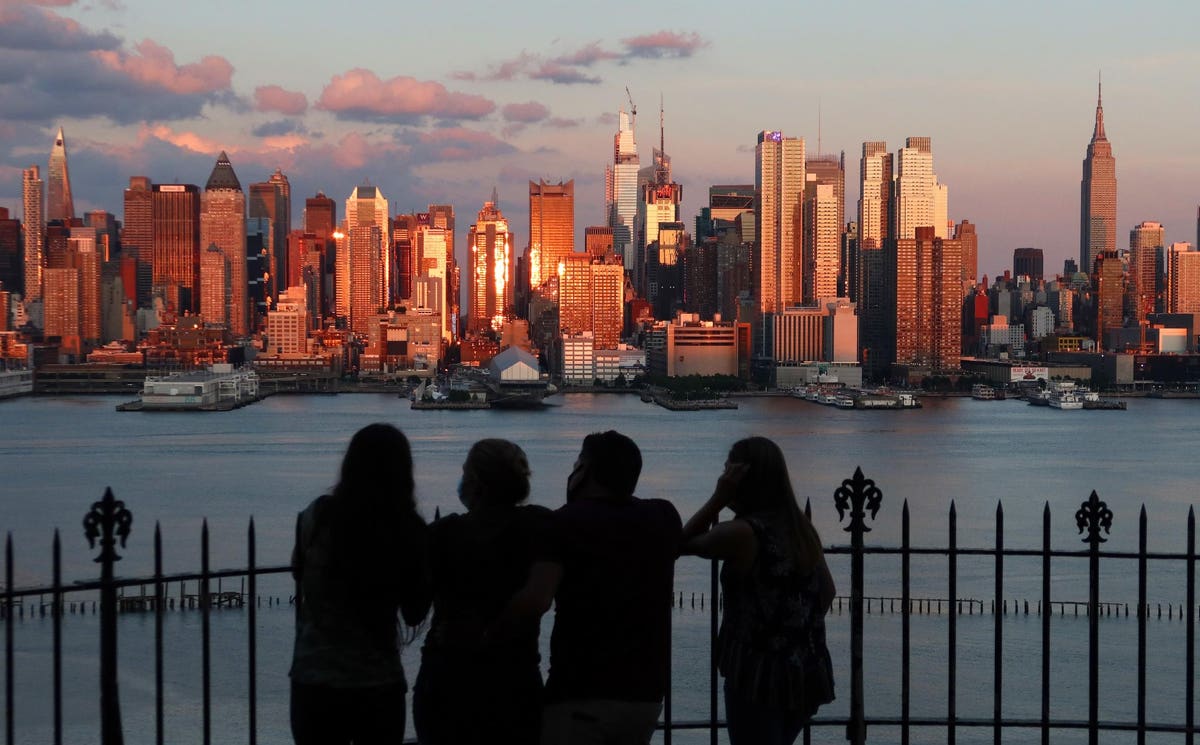 On Thursday, April 28th the Cornell Tech Campus on Roosevelt Island, New York will play host to the Green Circle NY-Israel FoodTech Bridge Conference. The event commingles major food companies and vendors with investors and scientists in the space, with a specific emphasis on industry innovation in the United States as well as Israel. Although it’s not widely known among the general population, the event is a pretty big deal. Just ask New York City mayor Eric Adams.

“By inventing and implementing new technologies, we can improve human health, and also save our planet,” he tells Forbes. “I am told that the goals of this conference are to support cross-border collaboration between New York and Israel, and also support New York City as a key hub for food tech innovation. On behalf of the City of New York, I could not be more aligned with those goals, and I wish you all great success in your endeavors.”

But what is food tech, exactly? To learn more about the specifics and how it’s affecting our future, Forbes sat down with the man behind this month’s bridge conference—founder and managing director of Green Circle Capital Partners, Stu Strumwasser. His insights are revealed in the interview below.

Talk to us about food tech.

Stu Strumwasser: Food tech is simply the name applied to the burgeoning industry of technologies that are disrupting the manner in which we make and/or distribute food. Food is the biggest industry in the world, yet it is the least indexed for technology—but that’s starting to change. The way that we make food is antiquated, with many processes unchanged in decades or even longer, and it doesn’t work anymore. Population growth is outstripping food supply and if we don’t change the way we make food there will be devastating consequences in the years to come. Over the last five years or so a robust ecosystem of startups taking on the challenge of reinventing the ways that we make and distribute food are poised to revolutionize the industry. Doing so, and minimizing factory farming, could save billions of animals, improve human health, and also help mitigate one of the biggest contributors to climate change.

Can you explain the basic idea of the conference and its goals?

What is your role in all of this?

SS: I am the founder of Green Circle Capital Partner, which is a boutique investment firm with an advisory division that works with natural products brands, and a venture capital division that invests in food tech. My firm is producing the event with some well-known and esteemed partners.

How did it all come together?

SS: In 2005, after 15 years on Wall Street, I quit working for big firms and launched a natural soda company called Snow Beverages, which I ran as CEO for six years. Shortly after that, I founded Green Circle Capital, and began advising natural food, beverage and supplement brands. Around five years ago I started reading about new technologies—particularly the application of fermentation—to create new foods, and it turned into an obsession. Israel has the highest concentration of food tech startups so in December of 2018 I went there and I met around fifteen startups in two days. I met every single company that was part of The Kitchen Hub accelerator in Ashdod. I loved it, and now The Kitchen is even one of our partners in the conference.

I also met another half a dozen companies, one after the other, in the bar of my hotel. I left with two big impressions: First, the science and concepts were incredible, each more amazing than the prior ones. Second, many of them were talking about launching food products in the US but they didn’t seem to really understand what it takes to commercialize a food product. So I started to think that maybe we could help them. Perhaps we could bring a bunch of Israeli food tech startups together with the lawyers and marketers and brokers, distributors, and consultants that they need, and that we know. We intended to do this two years ago, but the pandemic hit. So now we’re doing this on April 28.

Who else is involved?

SS: So our partners are Cornell University’s College of Agriculture and Life Sciences. I am a graduate of the College of Agriculture and Life Sciences at Cornell University, and we have a robust relationship with various folks at the college, which is one of the leading academic institutions for Food Science in the U.S., if not the world. Cornell is a great partner, and they are also hosting the conference at their Cornell Tech campus in New York City on Roosevelt Island. Our partners from Israel are The Kitchen Hub, as well as Technion University, which happens to also be Cornell’s partner in the Tech Campus.

Our sponsors include Hormel Foods and their 199 Venture Group, as well as PepsiCo Ventures Group, Rich’s Foods, and Covington, a leading global law firm. We now have over fifty startups committed to attend, more than twenty of which are flying in from Israel. The conference is not a profit center, and we are even paying a dozen Israeli startups $1,000 travel stipends to help defray their cost of traveling to New York. We have numerous leading investors in the space, as well as service providers who can really help these companies turn ideas into revenues. The panelists are also a Who’s Who of this exciting new industry. Bruce Freidrich, the founder and CEO of the Good Food Institute—the think tank which has become the central hub for information on alternative protein—is giving the opening remarks, and the panelists are an impressive list of experts. Peter Bodenheimer, who used to run Food-X—a food tech accelerator that was based in NYC—has volunteered to be the conference host on the 28th. It is a wonderful collection of brilliant folks, all working towards objectives that if met, will help save the world. It’s an amazing thing to be a part of.

Why hold a conference for Israeli Food Tech companies in New York?

SS: Why New York? Because anywhere else would be second best. Look, I am a lifelong New Yorker, so I admit that I am biased, but New York is the economic and creative hub of this country, if not the world. This industry may represent the greatest disruption and economic opportunity since the advent of the internet, and it belongs in New York. San Francisco is a wonderful ecosystem for technology, but these companies are not making software—ultimately, they are making food. And the seeds of food tech are growing in numerous places in the world. All of those roads lead to Manhattan.

What It Takes To Feed Ukraine, The 2022 Dirty Dozen And Is It Really Antibiotic-Free?