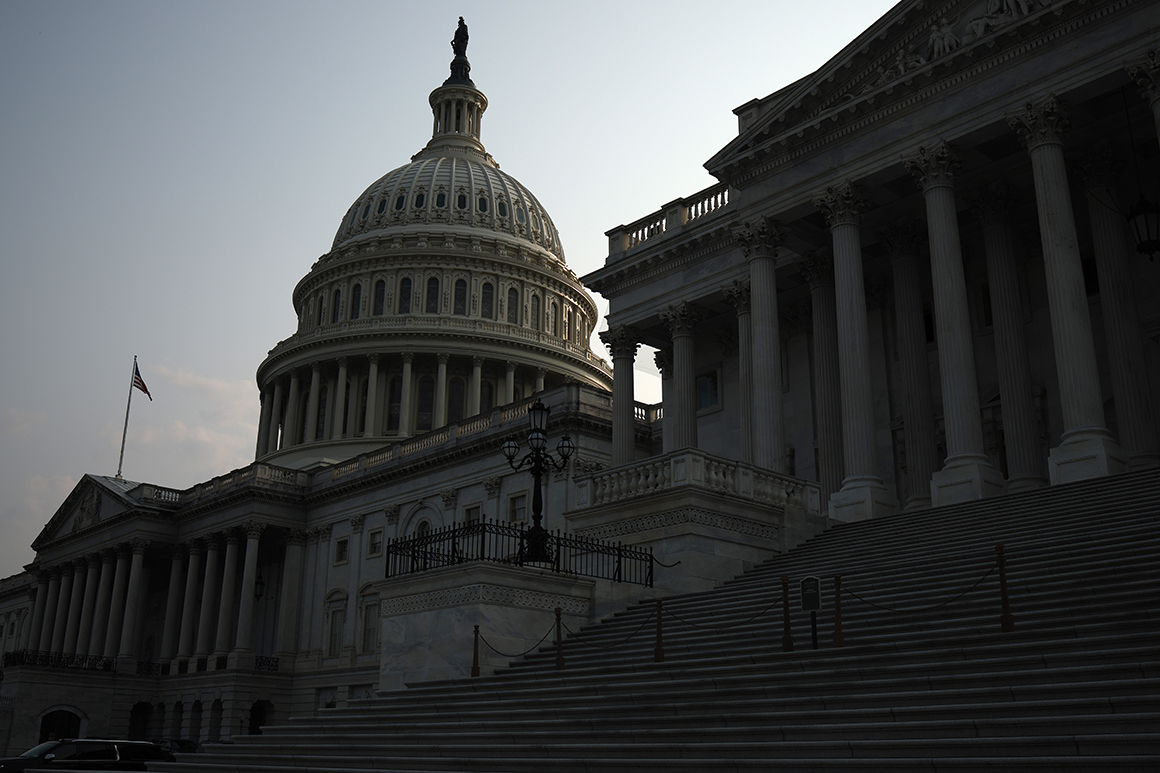 “It’s a nightmare,” said Rep. Jamie Raskin (D-Md.), who said he saw about half of members — including himself — wear their masks on the crowded House floor on Tuesday. “The mood is one of frustration and concern. … It’s a disappointing turn of events.”

“I’m feeling a lot more anxiety about it,” added Rep. Susan Wild (D-Pa.), who said she has decided to start wearing her mask with the Delta variant spreading. “This is nothing to be messed around with.”

For now, Capitol doctor Brian Monahan said he is not reinstating a mask mandate for the House and Senate office buildings. But in a letter to Hill offices on Tuesday, Monahan warned the Delta variant is “much more contagious” and poses “a dire health risk to unvaccinated individuals.”

“We were going to Israel, leading all the freshmen and it just got canceled because of the Delta variant,” McCaul said, adding that one of his top concerns is whether he needs a booster shot for continued protection.

“The question is … does this Delta pose a risk to even those who got vaccinated?” McCaul said, noting that he had just spoken to Rep. Vern Buchanan (R-Fla.), who tested positive for the virus but had already been vaccinated.

At least one top Democrat, House Majority Leader Steny Hoyer, didn’t rule out a return to mask mandates in the Capitol, which were lifted two months ago: “We’re going to have to talk about whether we’re going back to masks.”

Hoyer added that Monahan is actively monitoring the cases in the Capitol and is in close communication with congressional leaders about whether to update the guidance.

Another senior Democrat, Sen. Jack Reed (D-R.I.), floated possibly requiring “proof of vaccination” to enter the Capitol — a scenario that would be highly unlikely but illustrates the level of anxiety across the sprawling campus.

“You might need proof of vaccination to get in,” Reed said, citing data that people who are becoming seriously ill are now almost all unvaccinated. As leader of the Senate’s funding panel that oversees the legislative branch, Reed added that the variant would be a major consideration as the Capitol inches towards normalcy and a full reopening.

While the vast majority of members, staff and visitors in the House and Senate ditched masks weeks ago, that began to change dramatically this week. In hallways and hearing rooms this week, many lawmakers and aides are again donning face coverings. That’s particularly true in the House, where there are hundreds more members and thousands more staffers sharing the same cafeterias and hallways.

The rise in cases among vaccinated people — including a senior aide in Speaker Nancy Pelosi’s office and a White House official on Tuesday — spooked many members and staffers whose offices have only just returned to full capacity. Many flocked to the Capitol’s free coronavirus testing site on Tuesday, some for the first time in months.

For many Democrats in the House, there’s a sense of acute frustration at GOP lawmakers who have refused vaccines but also go mask-less in public areas. At least one Republican, Rep. Steve Scalise of Louisiana, has received his first dose of the vaccine in the last several days, citing the Delta variant. But dozens of House Republicans have told reporters they have refused to get vaccinated.

“We don’t even know if all our colleagues are vaccinated on the other side of the aisle,” said Rep. Ann Kuster (D-N.H.), who is fully vaccinated but said she is still avoiding large public settings, such as committee hearings, where some of her GOP colleagues have forgone vaccines.

“Every workplace in the country is trying to sort this out right now, and we are setting a terrible example,” Kuster said.

In the upper chamber, where every Senate Democrat and nearly all Senate Republicans have said they’ve been vaccinated, fewer people were wearing masks on Tuesday. Still, the transition has been slow: The Senate Democratic Caucus only recently returned to in-person lunches and meetings.

Senate Minority Leader Mitch McConnell, a polio survivor, urged people to get vaccinated “as rapidly as possible” at a press conference Tuesday, “or we’re gonna be back in a situation in the fall that we don’t yearn for, that we went through last year.”

At least some of the Hill’s coronavirus cases appeared to stem from a visit from a group of Democrats from the Texas state legislature, three of whom later tested positive for the virus over the weekend. By Tuesday morning, a senior spokesperson for Pelosi and a White House official tested positive after coming into contact with the group.

Many in the Capitol were just beginning to breathe a sigh of relief as security measures — related to both the coronavirus outbreak and the violent riot on Jan. 6. — had begun to recede. The massive fence surrounding the Capitol grounds had just come down last week.

House office buildings are now fully reopened to staff and official guests, including gyms, though the building is expected to remain closed to public tours for the near future. But several lawmakers and aides, particularly Democrats, say their offices are taking more precautions.

Rep. Mark Pocan (D-Wis.), for instance, said he will wear a mask in an upcoming meeting with a visitor from his district, who has also been directed to wear a mask.

“There may be another variant, there may be a lot more,” Pocan said, noting he’s not sure how long his office policies will hold. “We’re all living through the history of it. But I think what we’re seeing is that we have to reinforce careful behavior.”

Not all lawmakers say they’re concerned about the spread in the Capitol, noting that most members are vaccinated.

“I don’t see this as a major problem, but obviously if something develops and we need to do something different, we will,” Rep. Tom Cole (R-Okla.) said. “I’ll do what the House physician tells me to do.”

Still, several aides privately complained there is little guidance across the Capitol on the level of risk in the building or how often they should get tested if they are already vaccinated. The uncertainty is particularly high for vaccinated adults with unvaccinated children, who say there is little certainty about whether they can spread the virus at home.

Reed noted that even with official business visits allowed, the volume of people flowing through the Capitol and office buildings is still much, much lower than it was before the pandemic.

“It’s not like prior to Covid when trade groups would come down, they had the Monday through Wednesday group and the Wednesday through Friday group,” said Reed.

“We’re probably not going to do that until the fall or maybe next spring,” said the Rhode Island Democrat.

Olivia Beavers and Heather Caygle contributed to this report.