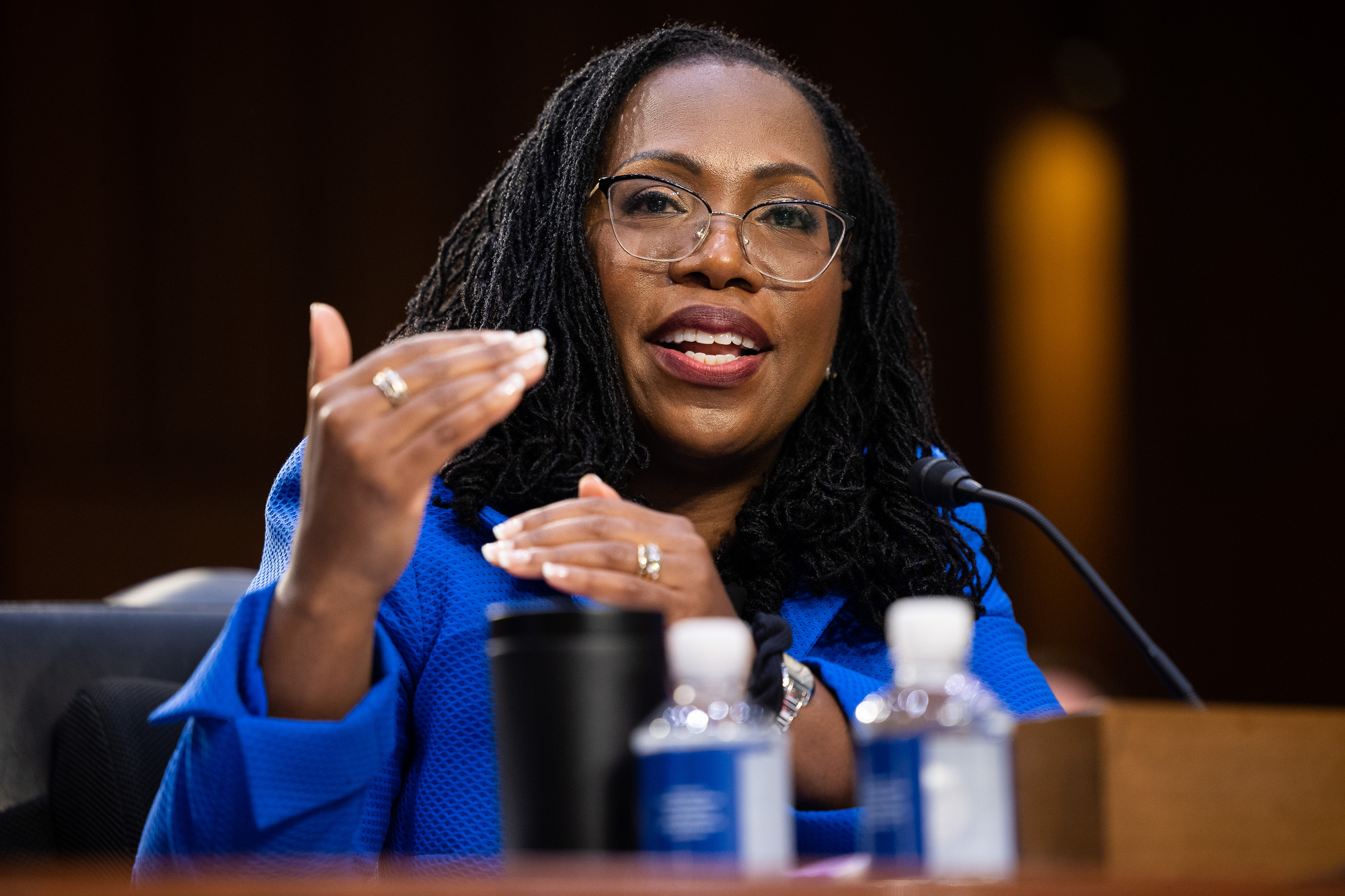 Tester’s red state is the second-toughest Democratic seat to hold, and his dismissive response shows a hardening resolve among Democrats to confirm Jackson. There’s no indication within the 50-member Democratic caucus that anyone, including Sens. Joe Manchin (D-W.Va.) and Kyrsten Sinema (D-Ariz.) are moved by GOP scrutiny of Jackson’s sentencing record, according to Democratic senators and aides.

And that’s the key to confirming Jackson: While a handful of GOP senators are beginning to deliberate over the first Black woman nominated to the Supreme Court, her path truly lies with the votes of senators like Manchin, Tester and Sinema. If Democrats can hold all their members together, Jackson will be confirmed regardless of where Republicans fall.

While a growing number of Republicans have raised questions about Jackson’s record on child pornography offenses, Democrats are widely associating the attack with Hawley, whom they see as motivated chiefly by his own ambitions. Manchin brushed the tactic aside in a similar fashion to Tester earlier this week: “It’s Hawley, right? Take that for what it’s worth.” Manchin is monitoring the hearing this week from Paris, where he is attending the International Energy Agency’s 2022 Ministerial Meeting.

Democrats facing tough reelection campaigns this fall don’t seem to think there’s much there, either.

Sen. Mark Kelly (D-Ariz.) said he was “impressed with her testimony so far” and added that the depiction of Jackson as too lenient in sentencing is “just politics.” Sen. Catherine Cortez Masto (D-Nev.) said the soft-on-crime narrative “has been discredited. Even Romney thinks so.” Both plan to meet with the nominee next week.

“She has been particularly impressive in light of what’s being thrown at her,” said Sen. Raphael Warnock (D-Ga.), another at-risk incumbent this fall. “Some of my colleagues want to talk about crime as a policy matter. And race. And I think it’s unfortunate that some of my colleagues are apparently willing to abdicate their responsibility to advise and consent for the sake of short-term political gain.”

Hawley has pressed Jackson on why her sentences in child pornography cases fell below sentencing guidelines and prosecutorial recommendations, although judges appointed by Republican and Democratic presidents have similar records.

Asked to respond to Democrats’ rejection of his line of questioning, Hawley replied: “I would invite every member of the Senate to review the record, read the transcripts. Because I know they’re going to want to be well-informed before this vote and not be embarrassed.”

After three days of Jackson’s hearings, Democratic leaders say things are still going their way. Senate Majority Leader Chuck Schumer said on Wednesday morning that “Republicans tried to land a blow, but Judge Jackson kept her cool” and predicted she will get a final Senate floor vote before a Senate recess starts on April 9.

Asked if anything in the hearing made her concerned about her party’s whip count, Sen. Debbie Stabenow (D-Mich.) called the Republicans’ questions “sad” and replied: “Not even close. Not. Even. Close.”

“I don’t know if any of us would be able to sustain that with the grace, the poise and intelligence that she showed,” said Stabenow, the No. 4 Democratic leader. “If anything, it’s just strengthening how people feel about her.”

Of course, Jackson and Senate Judiciary Chair Dick Durbin (D-Ill.) would love some GOP help in getting her across the finish line, with high hopes among Jackson’s backers for a bipartisan confirmation in the end. And it’s not clear yet where the votes lie.

In an interview, Murkowski said Jackson’s sentencing record on child pornography cases is “worth looking into,” but that she wants to understand more about it before coming to a conclusion.

“If it really is a pattern that’s something I think we should be paying attention to. If it is an issue of… one-offs that have been hyped into more than that, I think that’s something we need to try to discern,” Murkowski said.

Another group of Republican senators, including Mitt Romney of Utah, Roy Blunt of Missouri and Rob Portman of Ohio, seem to be agonizing over Jackson’s nomination after previously opposing her. They say that they want to support her historic bid to become the court’s first Black woman justice, but are struggling with her philosophically.

Blunt said his “early inclination was: I’d really like to vote for the first Black woman to go on the court,” though he underscored that her view of the law and the Supreme Court’s role will determine his final decision. He also said he didn’t think Hawley’s line of questioning “is out of bounds at all” but declined to conclude Jackson is soft on crime.

“Her uncle was the police chief of Miami, her brother was an undercover guy in Baltimore. Doesn’t sound like a soft-on-crime person,” Blunt said. “Hard to believe that would really be a person’s view of pedophilia, that [they’re] going to go easy on these people. So I’m going to look at it.”

Portman does not sit on the Judiciary panel but has a staffer in the room, keeping tabs on how the hearings are going. The retiring senator assessed Jackson’s nomination this way: “She doesn’t share my judicial philosophy, for the most part. I think she’s a qualified person and when I spent time with her I liked her. But I just need to take a look at everything.”

As Cortez Masto noted, Romney is among the GOP voices who have questioned the idea that Jackson’s sentencing record is a controversial issue; he declared on Tuesday to the Washington Post: “There is no there, there.” He was more circumspect on Wednesday, explaining he doesn’t want to keep commenting mid-hearing. And though Republicans believe he will vote no, Romney said “I haven’t made a decision.”

Leahy about Cruz: I know the junior senator from Texas likes to get on television