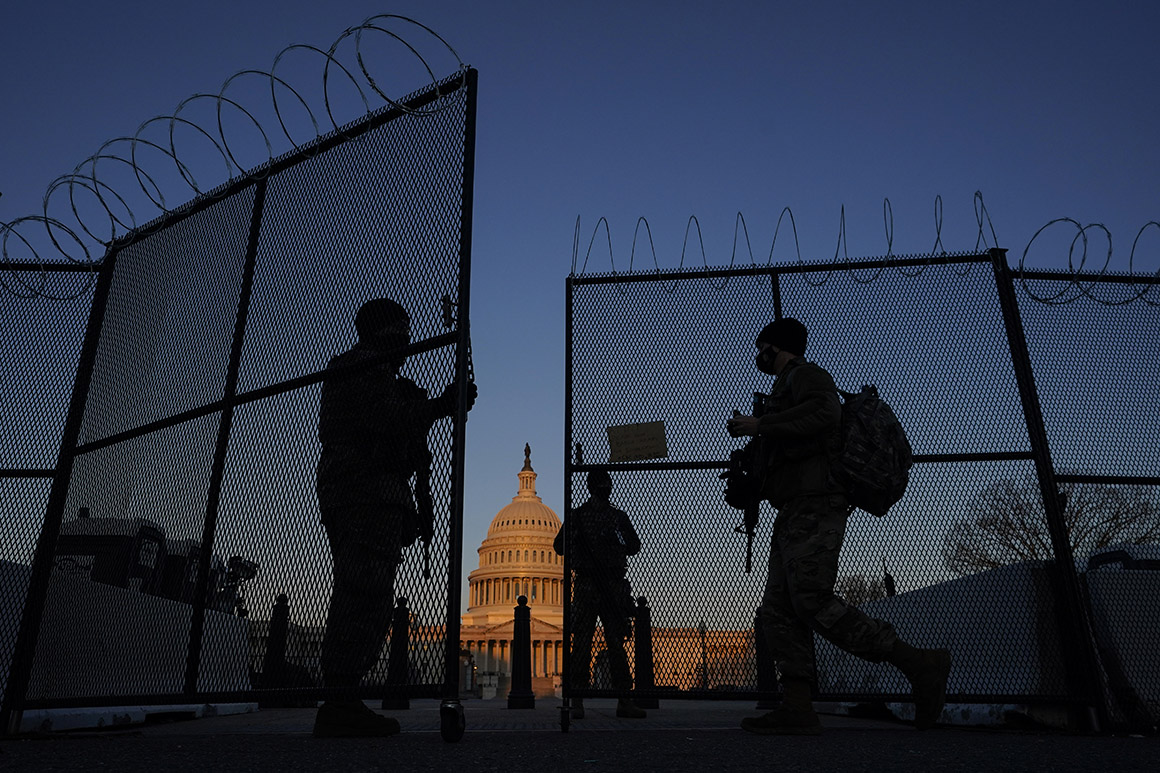 That’s raising concerns among some lawmakers, particularly Democrats, about how to plan a return to normal constituent events this summer — including, for many, their first in-person public gatherings since the deadly Jan. 6 riot.

Rep. Veronica Escobar (D-Texas), who was inside the House chamber during the siege, said she’s noticed a sharp uptick in individuals “accosting members … insisting that the election was stolen,” and observed an increasing “willingness to ignore boundaries, civility and professionalism that’s really shocking.”

For Escobar — whose former GOP opponent filmed videos outside her home — the threats aren’t entirely new. She said the public vitriol has intensified since Jan. 6, however: “You can never be 100 percent, absolutely secure. But there needs to be some fundamental investments and rules that protect people and allow us to engage professionally.”

Senior Democrats agree, saying the money they approved this week is long overdue given concerns about personal security that long predated the insurrection. That includes roughly $10.6 million to help upgrade security at district offices scattered across the U.S., which have long been considered more vulnerable than members’ D.C. offices.

“We have been wiring ‘safety’ together with duct tape and spit, basically,” said Rep. Debbie Wasserman Schultz (D-Fla.), whose district office two years ago received a suspected bomb that had to be detonated in a stairwell. “It’s been a very serious, legitimate concern for members.”

“We put it in because we know there are risks,” added Rep. Barbara Lee (D-Calif.), another senior member who has raised the alarm about risks to her colleagues. “I‘m hoping the Senate understands.”

Safety is also a central worry for Republicans who have spoken out against the former president, including the 17 GOP lawmakers who voted to impeach or convict Trump after the insurrection. Many of those members were forced to spend big on personal security, including high-profile targets such as Rep. Liz Cheney (R-Wyo.).

The reason for that six-figure personal investment by Cheney and others: While high-level positions like Cabinet officials, governors and dignitaries come with their own security details, most of Congress’ more than 500 members are largely left to fend for themselves when it comes to most of their protective needs.

Strict rules govern when members of Congress have to foot their own personal security bills. Lawmakers can buy bulletproof vests and security personnel for town halls with official taxpayer-provided funds, but they can’t buy security guards for nonofficial travel or security systems for their homes.

Campaign funds can be used for some of those expenses, but many political operatives criticize that policy, saying it’s not the best use of donations.

“People don’t give us money to provide for our own security,” Ryan said.

Looking ahead, lawmakers will likely see more flexibility to use their own office budgets – known as member representational allowances – to address a wider range of security concerns. Those new rules would be formally set by the House Administration Committee.

In the Senate, however, some GOP senators are skeptical about devoting so much money to members’ private security.

“24/7 protection for members would be very expensive,” said one GOP senator, who declined to be named to speak candidly. “Some of my colleagues in the House have said, ‘We need to have protection’ … I think taxpayers would be shocked at how much that would cost.”

Security concerns have affected House staffers, too, many of whom are uneasy about once again allowing visitors into the Capitol without substantial security upgrades in the wake of Jan. 6. Multiple senior Democratic aides said security is now the top concern when they plan an event at home or in Washington and that they’re troubled by how long it sometimes takes for Capitol Police to respond to threats made by phone or social media to their offices.

“We’ve got members of Congress who are regularly dealing with threats to their lives, not to mention staffers,” added Rep. Susan Wild (D-Pa.). Her staff, she said, are “the frontlines of the phone calls and the threats and the people coming to the office” angry about whatever is happening in Congress.

Democrats said some of their fears have intensified as their Republican counterparts continue to amplify Trump’s lies that the 2020 election was stolen, firing up his conservative base and increasing threats on the ground.

In recent weeks, lawmakers’ safety worries have grown beyond traveling to their district offices or on commercial flights. The Capitol itself has become something of a tinderbox, with some Republicans attempting to play down the violence on Jan. 6, enraging Democrats and resurfacing tensions between the two parties.

Democrats are particularly infuriated that GOP leaders have done little to rein in their more personally aggressive members, such as Rep. Marjorie Taylor Greene. The Georgia Republican was recently seen harassing another member, Rep. Alexandria Ocasio-Cortez (D-N.Y.), in a hallway and berating her for supporting “terrorists.”

The incident prompted new conversations this week among Democratic leaders about how to handle Greene — already stripped of her committee posts for endorsing violence against lawmakers, including Speaker Nancy Pelosi herself, in online forums before coming to Congress.

Democrats contend that behavior like Greene’s is not just a nuisance or a political stunt. They see Greene’s decision to target one of their own members as a potential signal to her fiery GOP supporters to follow suit — and not just in the halls of Congress.

“You’re really putting a target on somebody’s back when you have all these followers who are nuts, and then you pinpoint them and say, ‘This person,’” said Rep. Juan Vargas (D-Calif.). “You really have to take that seriously. I know [Ocasio-Cortez] takes it seriously.”

“We did learn from the 6th of January that some of the crazy people really do take those suggestions, and they do crazy things,” Vargas said.

Rep. Lou Correa (D-Calif.), who has faced threats of his own since he was a witness to rioters overtaking the House chamber, called Greene’s behavior a “sad stain” on the House.

“Back home, I’m careful not to get in people’s faces, because it’s assault and battery,” Correa said of Greene. “It’s not only [against the] code of ethics, code of decorum, but you’re assaulting somebody.”

How Amazon came to be: a Prime Day history special