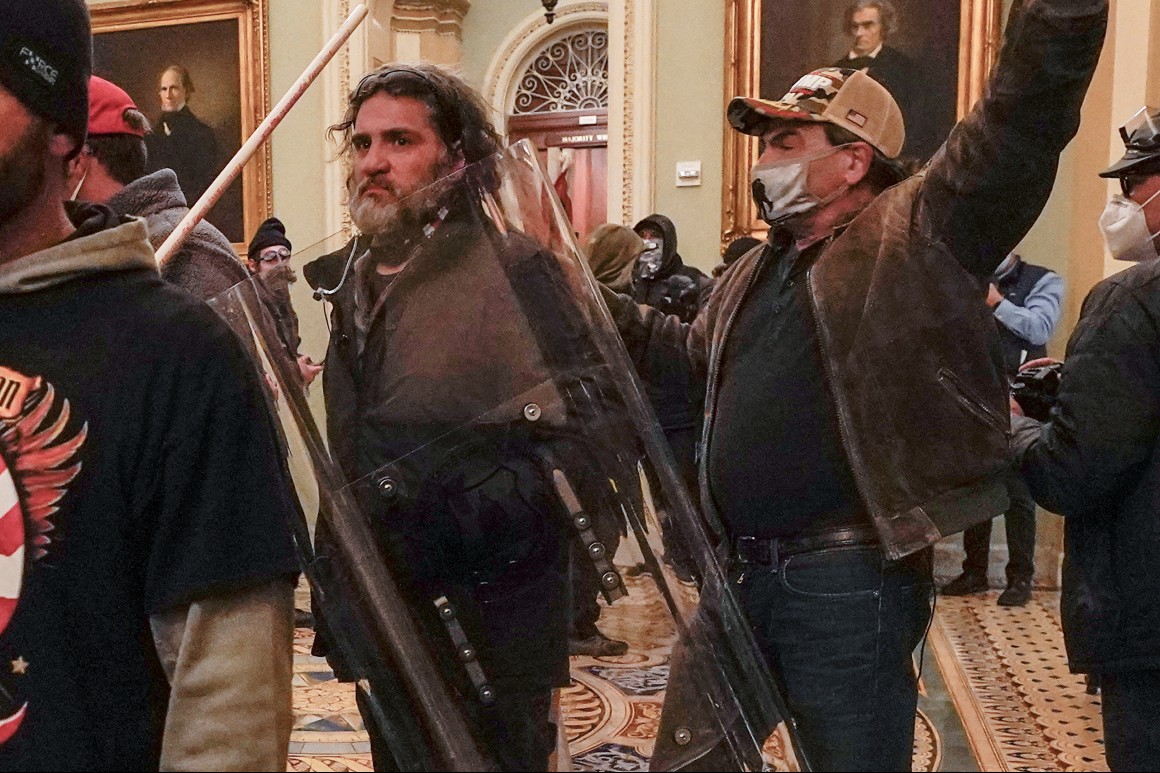 The subpoenas demand documents by Dec. 7 and depositions the following week.

Tarrio is currently incarcerated in a D.C. jail for burning a Black Lives Matter flag stolen from a nearby church during a pro-Trump rally in December 2020, a property-destruction crime that netted him a six month sentence. Rhodes, who was at the Capitol on Jan. 6 but did not appear to enter the building, has reportedly been questioned by the FBI.

The Justice Department has already indicted dozens of members of the Proud Boys and Oath Keepers for participating in the Capitol siege and charged leaders of those groups with conspiring to stop Congress from certifying the 2020 election. Those conspiracy cases are the most complex and significant that federal prosecutors have brought against the 700-plus defendants charged in connection with the Jan. 6 attack.

The latest batch of subpoenas signals that the House select panel is homing in on groups — Proud Boys and Oath Keepers — whose members spent weeks actively organizing to descend on Washington on Jan. 6 and helped drive attendance for pro-Trump rallies that later morphed into the riot. Many extremist group members charged for their actions solicited requests for funding and gear that they carried with them on Jan. 6.

The committee’s growing interest in the role of domestic extremists on Jan. 6 aligns it with the Justice Department’s sprawling investigation into the Capitol assault. Before Tuesday’s subpoenas, the select panel had predominantly indicated interest in witnesses who might be able to shed more light on Trump’s role in attempting to overturn the election and calling supporters to Washington on Jan. 6.

The Proud Boys is a far-right nationalist group that describes itself as a “pro-Western” organization.

Tarrio’s arrest on Jan. 5 for the banner destruction appeared to inflame group members. As POLITICO has reported, a private intelligence group that shares threat information with federal law enforcement warned on Jan. 5 that a Proud Boys Telegram channel threatened to “remove” government officials in response to Tarrio’s arrest.

More than 100 members of the Proud Boys descended on the Capitol on Jan. 6 and dozens breached the building, according to court records. Four of the group’s leaders — Ethan Nordean, Joseph Biggs, Zachary Rehl and Charles Donohoe — have been charged with leading a conspiracy to halt the certification of the election. Their associate, Dominic Pezzola, was one of the first to enter the Capitol, using a stolen police riot shield to shatter a window.

Prosecutors have described extensive conversations on the Signal messaging app among Proud Boys leaders, who scrambled to reorganize themselves after Tarrio’s arrest. Donohoe allegedly orchestrated the deletion of many of those messages after Jan. 6, when members worried they could face criminal exposure.

The Oath Keepers are also a far-right group that opposes what it sees as the federal government’s tyranny. Like the Proud Boys, dozens of Oath Keepers participated in the assault, with about a dozen famously entering the Capitol in a military-style “stack” formation. Twenty of the group’s leaders are charged in the most sprawling case to emerge from the Jan. 6 riot. And prosecutors have presented evidence that the group stashed firearms at a hotel in Arlington, Va. — a site its members referred to as a “quick reaction force” they could tap into if the violence escalated even further, according to communications obtained by investigators.

Rhodes joined many of the 20 Oath Keepers currently facing Jan. 6-related charges at a rally point outside the Capitol, with photos and videos showing the leader convening the group amid the chaos. Text messages and radio communications obtained by prosecutors have detailed Rhodes’ extensive communication with many of his allies throughout the riot.

The federal judge presiding over the Oath Keepers case, Amit Mehta, recently said he believes Trump and his allies have been escaping accountability for stoking the attack with lies about the election while “pawns” who carried it out have been investigated and punished.

But the judge has also expressed grave concern about pre-Jan. 6 planning by Oath Keepers members. Several have claimed in court filings and arguments that they attended the Trump rally to do security for VIPs, including Stone, and that they carried gear to prepare for potential counterprotests. But one Oath Keeper leader, Kelly Meggs, told allies “this isn’t a rally,” which Mehta has described as key evidence of the group’s intent.

The select committee may find it a challenge to serve a subpoena on the Oath Keepers organization. The group’s own attorney recently asked to withdraw after claiming he couldn’t reach anyone at the organization. That motion was filed in a lawsuit lodged by members of Congress against Trump and his allies after the Jan. 6 attack. Thompson initially took the lead on the suit, though he’s since withdrawn from it to lead the select committee.

The organization bills itself as providing security for conservative marches and protests. Its founder, Robert Patrick Lewis, is a former U.S. Army staff sergeant and recipient of the Bronze Star and Purple Heart, according to a June profile by The Daily Beast. He has dabbled in conspiracy theories, such as a claim to Fox News on Nov. 2, 2020, that Antifa would soon unleash violence.

“Our intelligence shows that no matter who wins the election, they [Antifa] are planning a massive ‘Antifa Tet Offensive,’ bent on destroying the global order,” he said.

Lewis boasted about protecting Ali Alexander — a key leader of the “Stop the Steal” alliance formed to boost Trump’s baseless election challenges — and touted his connections to Michael Flynn and Sidney Powell. An archived page from his group’s website says its members provided security for multiple Stop the Steal events and for the Women for America First Million MAGA March in November 2020.

He was also listed as a speaker in the permit application for the Jan. 5 Freedom Plaza event where Roger Stone and Alex Jones appeared. The permit also said his group would provide unarmed security for that event. At 2:18 p.m. on Jan. 6, Lewis tweeted that it was “the day the true battles begin.”

Lewis later told the Daily Beast that he was far from the violence that day and that he tweeted that afternoon from the Willard Hotel. That location operated as a command center of sorts for outside Trump allies boosting his efforts to overturn the election, making it a key focus for Jan. 6 committee investigators.

Tuesday’s subpoenas aren’t the first hint of the committee’s interest in 1st Amendment Praetorian. In its Aug. 25 request for documents from the National Archives, the committee sought any White House communications from April 1, 2020, through Jan. 20, 2021, related to the election as well as those with a host of conservative activists and agitators. Robert Patrick Lewis was on the list.

On Monday evening the panel subpoenaed a group that included some longtime Trump World denizens, including InfoWars head Alex Jones, rally promoters Dustin Stockton and Jennifer Lawrence and Trump’s current spokesperson Taylor Budowich. Longtime Trump confidant Roger Stone, pardoned by the former president in his final days in office, was also subpoenaed — a summons that cited an ABC News story reporting that Oath Keepers members provided Stone with security in the run-up to Jan. 6. Several people pictured near him were later charged for participating in the attack on the Capitol.

“While in Washington, you reportedly used members of the Oath Keepers as personal security guards, several of whom were reportedly involved in the attack on the Capitol and at least one of whom has been indicted,” the subpoena reads.

Previous batches have targeted top officials in Trump’s White House, like former Chief of Staff Mark Meadows and adviser Stephen Miller, as well as mid-level officials and Trump campaign operatives and organizers of the Jan. 6 rally that preceded the Capitol attack. The panel is also fighting Trump in court to access his White House’s records related to the former president’s effort to overturn the election.

What Does It Take to Be the Rolley Hole Champion? 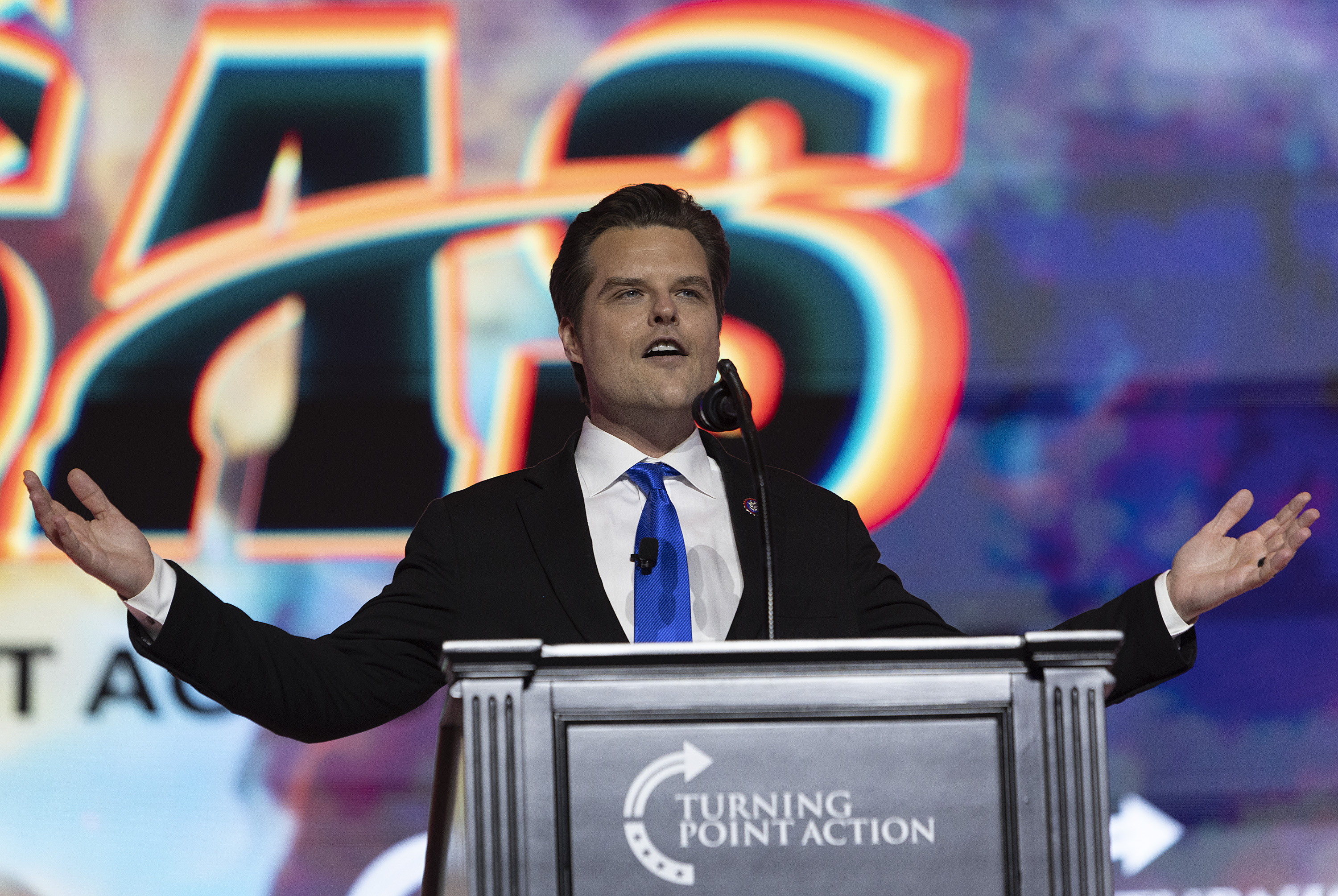