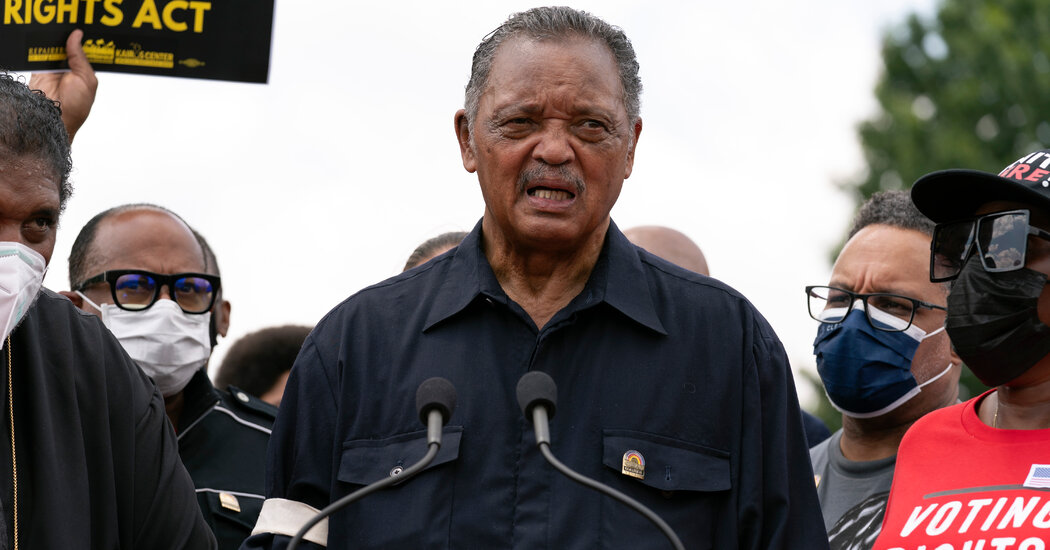 The Rev. Jesse Jackson and his wife, Jacqueline, have been hospitalized after testing positive for Covid-19, Mr. Jackson’s Rainbow PUSH Coalition said on Saturday in a statement.

Both were being treated at Northwestern Memorial Hospital in Chicago, The Associated Press reported.

“Doctors are currently monitoring the condition of both,” the statement read. No further details were available about their condition. Mr. Jackson is 79, and Jacqueline Jackson is 77.

Mr. Jackson got vaccinated in January. He has been campaigning to convince more Black Americans to get inoculated.

“Vaccination is imperative to save lives, particularly for African Americans, disproportionately the greatest victims of the virus,” he said at the time.

He revealed in 2017 that he had been diagnosed with Parkinson’s disease.

Mr. Jackson has been a civil rights advocate for more than 50 years and sought the Democratic presidential nominations in 1984 and 1988. He was a close associate of the Rev. Dr. Martin Luther King Jr.