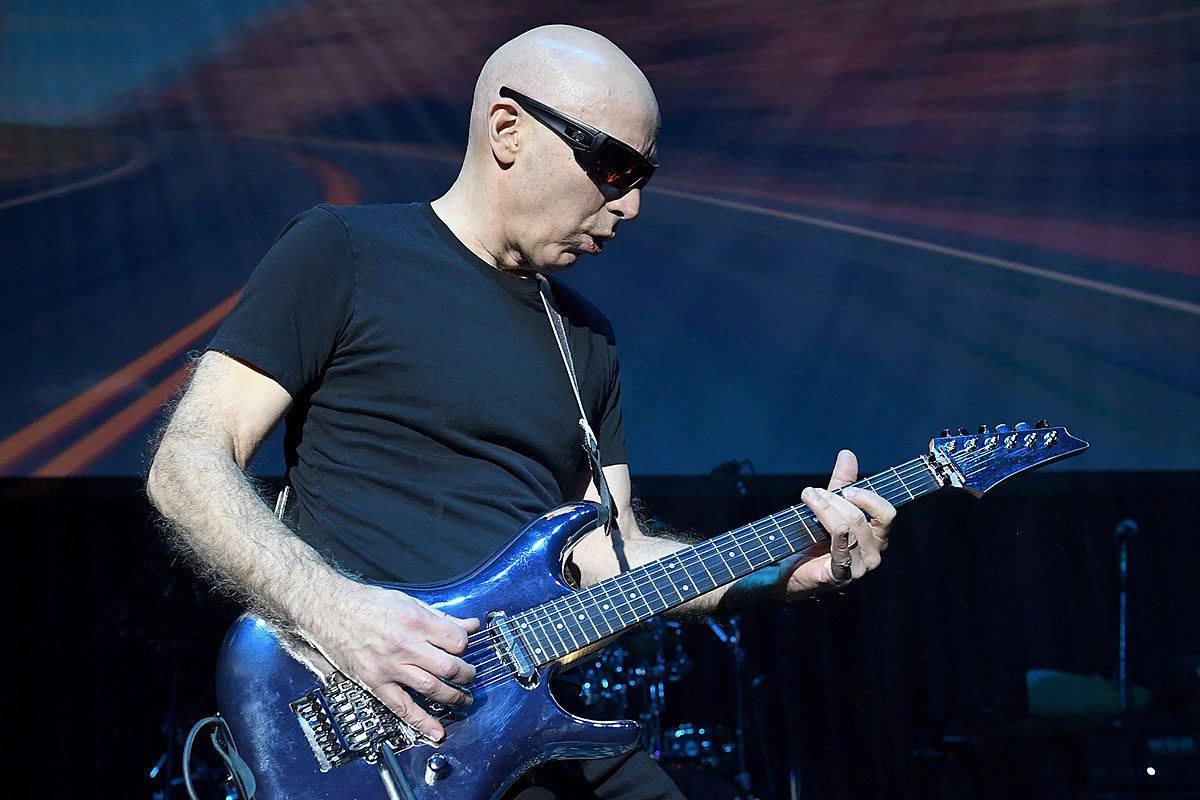 Joe Satriani said he became unimpressed with his musical output in recent albums and decided to rethink his approach for his new LP, The Elephants of Mars.

The record – which comes out tomorrow – finds the guitarist abandoning real-life amplifiers for software versions, and also ending a period where he felt he was playing like he still had something to prove.

“I’m not impressed with the state of my instrumental guitar playing recently,” Satriani told Guitar World. “The last couple of albums, I leaned back in time. … I always felt sad that I missed the classic rock era. I was too young to be a peer of [Jimmy] Page, [Jeff] Beck, all those guys.” He added that some of his recordings represented his way of saying, “If I were of that generation, this is the album I would make.”

He added that “a year ago, I thought, ‘OK, I’m finished with that.’ I’m not trying to sell myself as a guitar technician. I’m not 16 years old anymore. I don’t have to go on Instagram and show people I can play faster than I did yesterday, or go on TikTok and say, ‘Buy my guitar pick!’ I write songs because I want them to become the soundtrack to people’s lives. So with The Elephants of Mars, I said, ‘I’m not gonna limit myself.’”

Satriani said he found the experience of recording remotely from his band as an “interesting” one that “let more dynamic, truthful, creative performances come out. I’m a creature of live performance, which means if there’s even one person there, I’m gonna perform to them. I’ve recorded albums where the band’s all staring at each other, and at the end, I think, ‘Why did I play it like that?’  With The Elephants of Mars, I kept it spontaneous but, out of 100 performances, I could choose the one that was the most truthful. And I passed that on to the other guys. Like, ‘Take your time and don’t be afraid to throw anything at me.’”

He declined to pick his “most striking” moments from the LP, explaining he was the “worst person at guessing what is going to strike someone. … I’m the person who makes the music but not the one to tell people what to like. … When I was recording my eponymous album in 1995, [producer] Glyn Johns said, ‘Joseph, it’s not your job to decide what people will like. It’s your job to play your bloody guitar!’ It was a great way of lifting all that anxiety off my shoulders.”

UCR takes a chronological look at the 100 best rock albums of the ’80s.