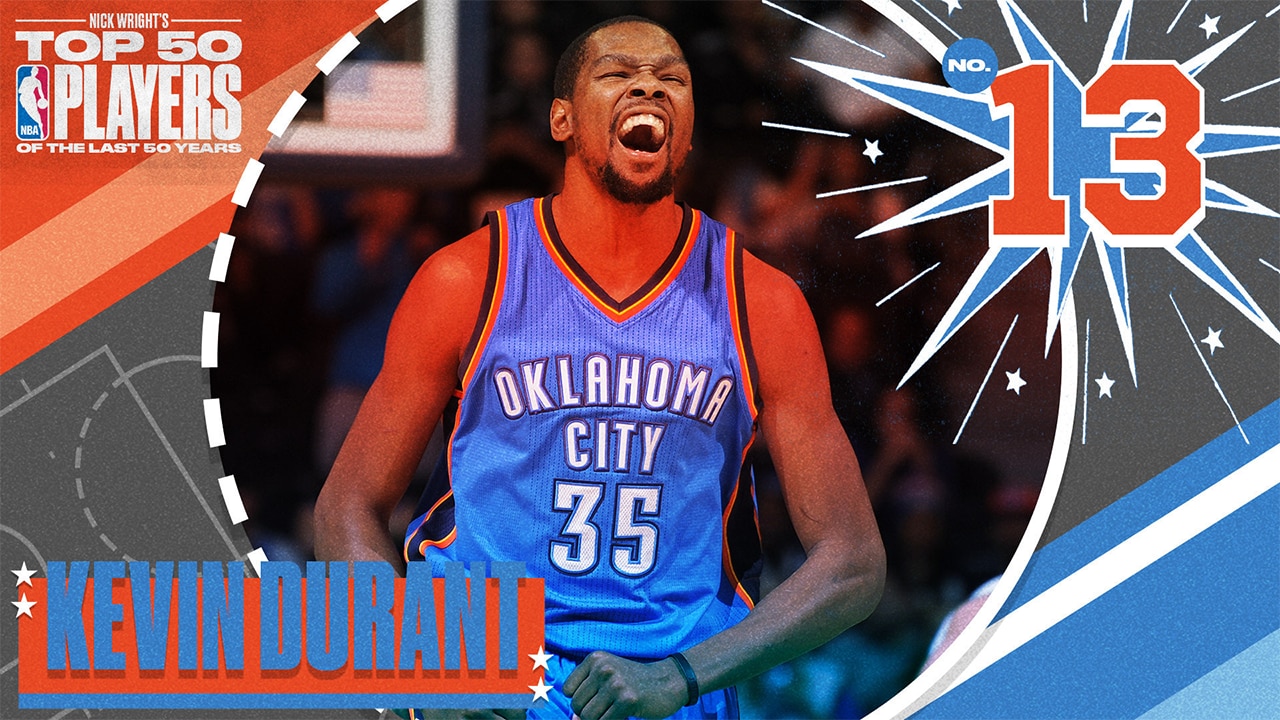 Kevin Durant, one of Nick’s fiercest rivals on Twitter, is No. 14 on the Top 50 list. One of the league’s most lethal scorers, Durant is a two-time NBA champion, former Rookie of the Year (2008), a four-time scoring champion (2010-14), an MVP and a two-time Finals MVP. Durant’s four scoring titles ties George Gervin and Allen Iverson for the third-most in NBA history.

Giannis Antetokounmpo I No. 14 I Nick Wright's Top 50 NBA Players of the Last 50 Years