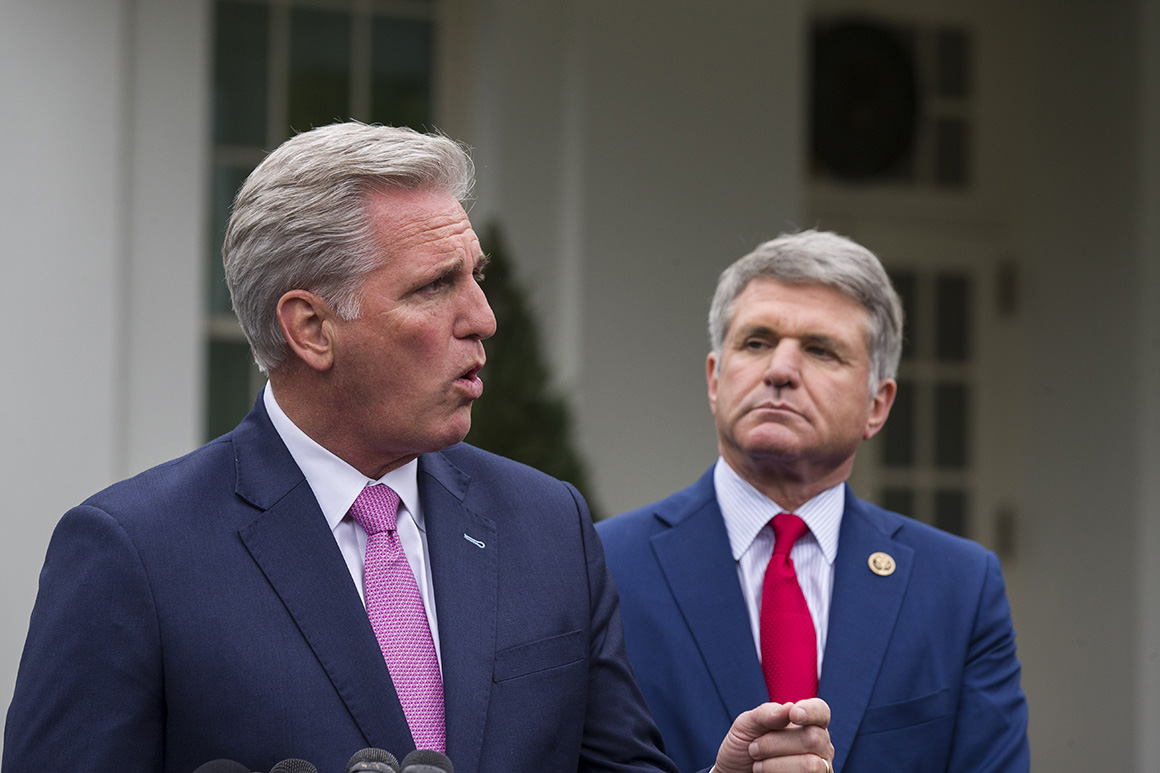 Asked whether McCarthy can still lead the House Republican Conference, McCaul (R-Texas) told “Fox News Sunday” in an interview: “Absolutely. I think Kevin is in very good shape. In fact, [Trump] came out saying that this is not going to endanger his relationship with Kevin, that he’s strongly supportive.”

In his defense of McCarthy, McCaul repeatedly referenced Trump’s comments in an interview with the Wall Street Journal on Friday, during which the former president indicated he was not upset with McCarthy and other prominent Republicans who rebuked him after the insurrection but ultimately still sought his political support. “I think it’s all a big compliment, frankly,” Trump said.